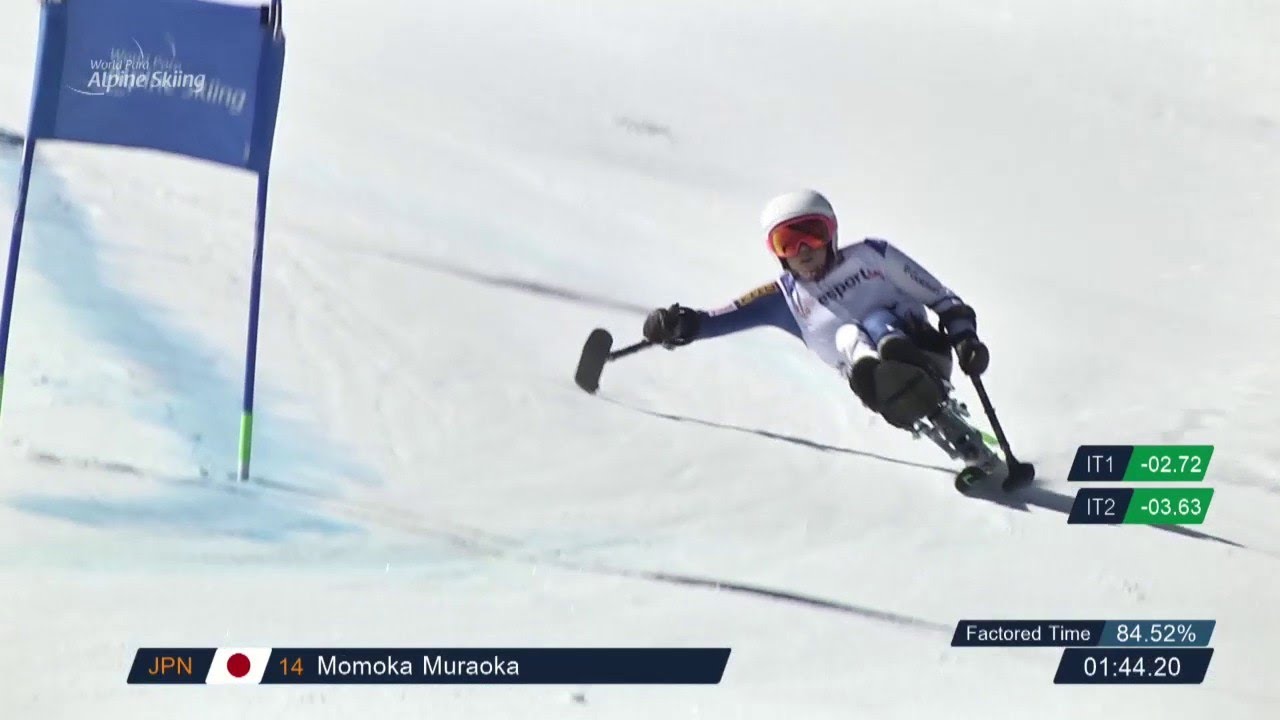 Two Paralympic champions made it a perfect season in giant slalom as the discipline’s final races were run in La Molina, Spain. France’s Marie Bochet and Japan’s Momoka Muraoka both made it six wins from six World Cup races to claim the giant slalom crystal globes in the women’s standing and sitting, respectively.

Even though giant slalom is usually Muraoka’s best event, a lack of training meant the Globe still came as a shock.

“I’m happy,” Muraoka said. “I train so I can do my best, but this year, it’s not so good. I didn’t train much after PyeongChang, but I kept doing this race and it was a surprise to win. I didn’t think that I could have such a result so I’m very, very surprised.”

Germany’s Anna-Lena Forster took the silver in the women’s sitting race, while USA’s Laurie Stephens finished with the bronze.

The silver and bronze medals in the women’s standing race went to Canada’s Frederique Turgeon and Germany’s Anna-Maria Rieder, respectively.

Turgeon grabbed her second silver in three races despite missing a month of training due to an aggravated ankle injury.

Dutch skier Jeroen Kampschreur fell one short of the perfect record that Bochet and Muraoka have. But after bronze on Monday he returned to the top of the podium, taking his fifth gold to collect the crystal globe in the men’s sitting.

“To have the globe in any season is a really big honour,” he said. “It was such a journey this last off-season. We trained a lot of giant slalom and I improved a lot and the hard work paid off.”

Italy’s Rene de Silvestro made a return to the World Cup circuit for the last giant slalom race of the season and went straight for the podium. His stylish sweep on the Roc Blanc course earned him a silver - his best result at the World Cup - on his first day back.

Sixteen-year-old Austrian Veronika Aigner, with sister Elisabeth as her guide, almost sprang a surprise in the women’s vision impaired after winning the opening run in La Molina.

But in the second run, experience ruled the course as Paralympic champions Menna Fitzpatrick and guide Jennifer Kehoe of Great Britain overtook the pair to claim gold.

“We just went for it,” Fitzpatrick said of the pair’s winning second run. “Our first one was a solid run. We were quite happy we got down it and in a fairly decent time. And then, cause it was a proper really tight race between all three of us, we just said, ‘You know what, we’re just going to go out there and leave everything on the hill’, and that’s what we did.”

Australians Melissa Perrine and guide Bobbi Kelly wrapped up the season’s races in the discipline in third place to take the crystal globe overall title in their first season together.

“We just get along well,” Perrine said of the duo’s success. “We get along really well off the snow. We actually enjoy each other’s company so that just translates into a really strong bond and good trust on snow. I trust her.”

“I’m very happy that I can make the same result as last year,” Kubacka said. “This year, I feel much more confident in giant slalom and it just gives me the motivation to make it better and and better and better.”

French pairs flanked the Slovakian duo on both sides of the podium with Hyacinthe Deleplace and guide Maxime Jourdan finishing second and Thomas Civade and guide Kerwan Larmet coming third.

It has been a tough battle for France’s Arthur Bauchet and Switzerland’s Theo Gmur in the men’s standing giant slalom races this season.

Bauchet beat Gmur at the 2019 Worlds, but Gmur came back strong at his home World Cup in Veysonnaz, Switzerland where he won two out of three races.

Falling second to Bauchet in the first two races in La Molina, Gmur made a vengeful comeback in the final race, winning by a mere 0.12 seconds and collapsing at the finish line.

The result left both skiers tied at the top of the World Cup standings but Bauchet was awarded the Crystal Globe based on a lower number of race points.

Finland’s Santeri Kiiveri took his second bronze in the discipline in La Molina.

The competition in La Molina continue with two slalom races on Friday and Saturday, which you can watch on the World Para Alpine Skiing website and Facebook page. 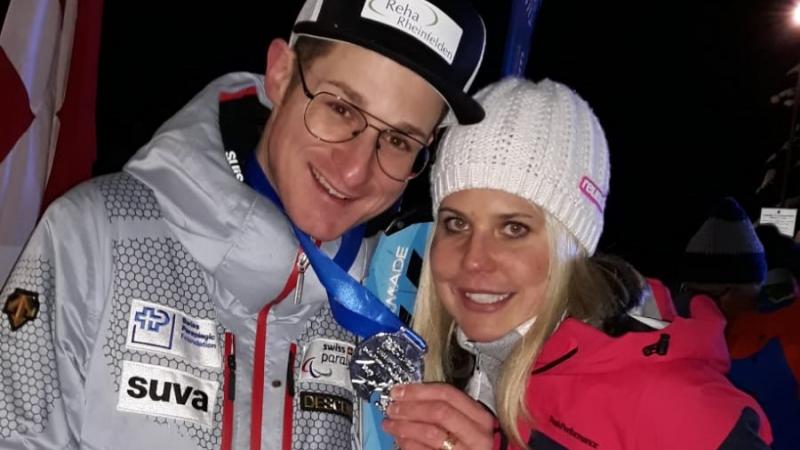 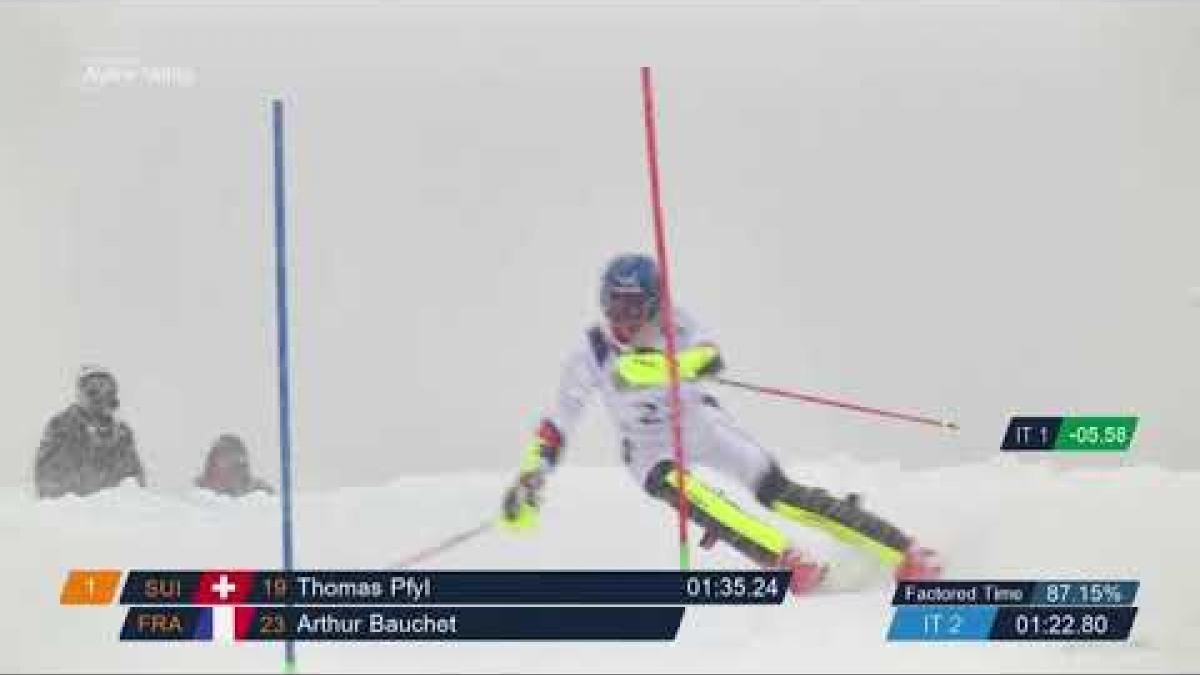 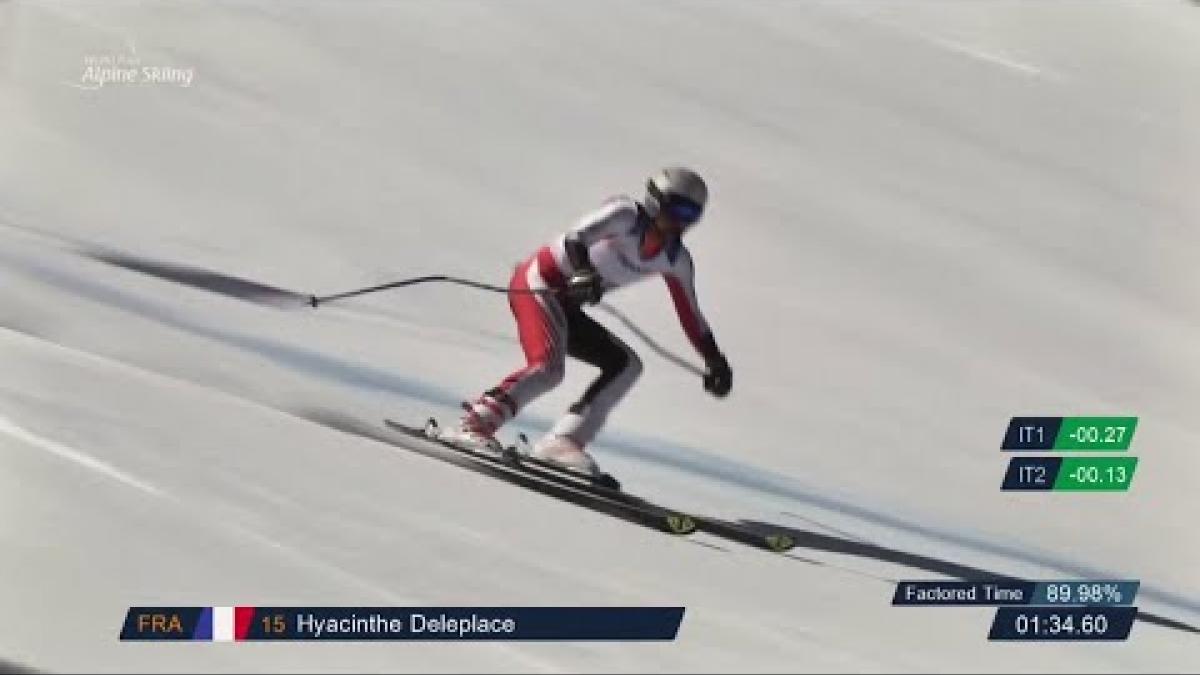 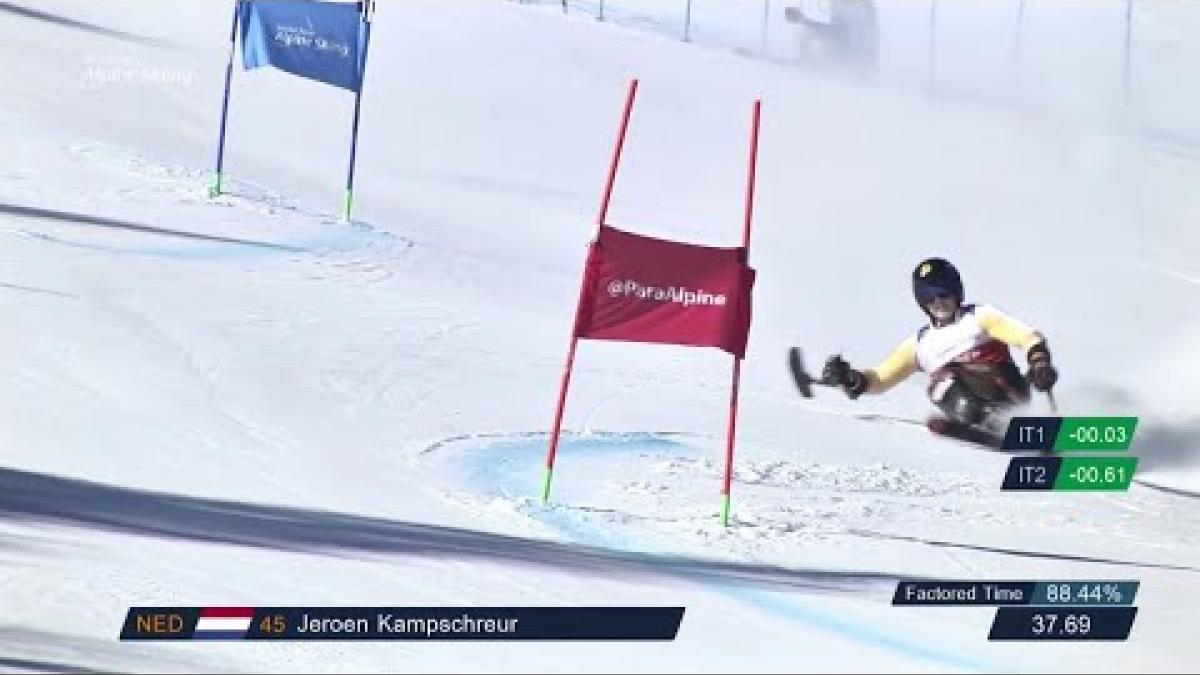