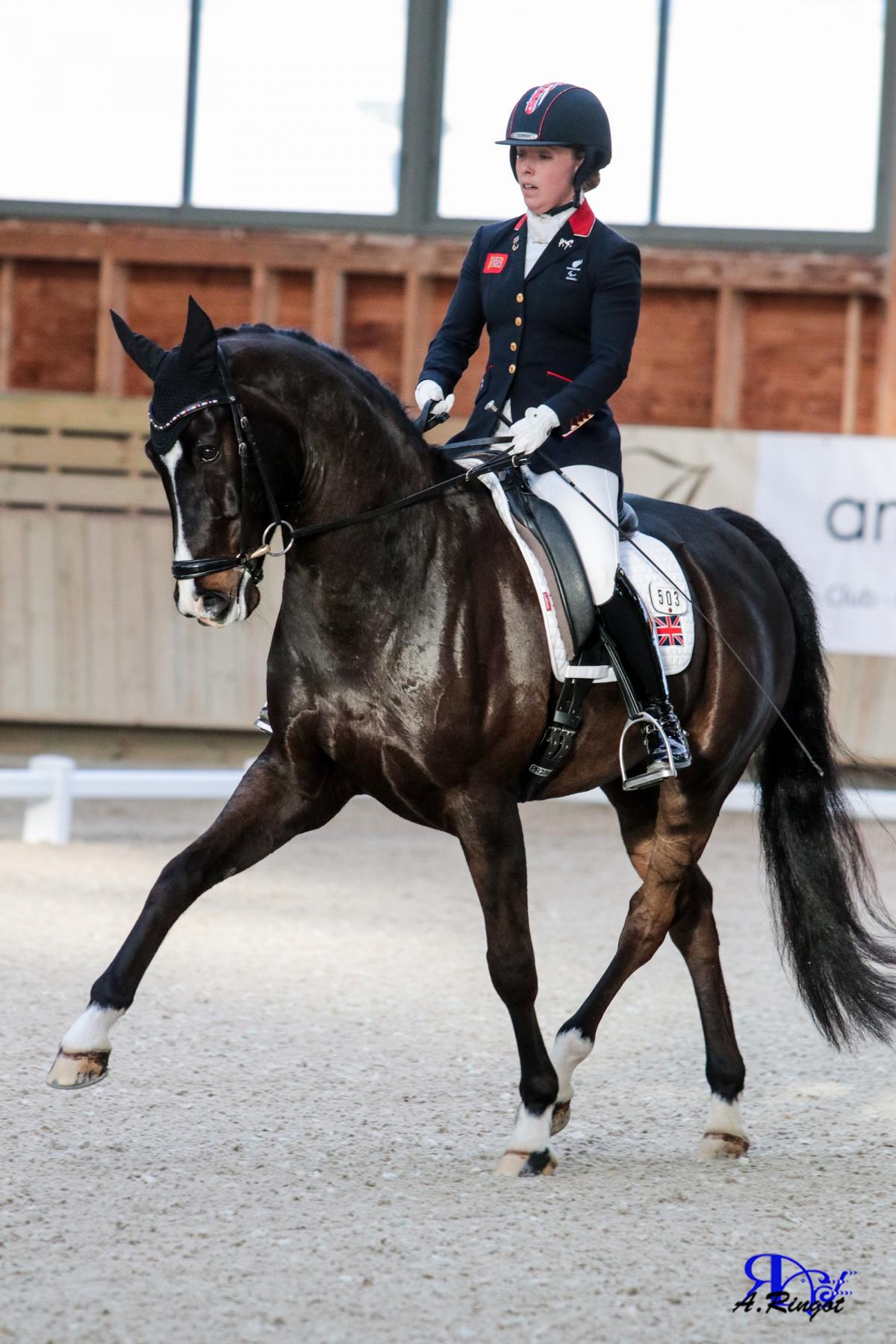 ⒸRACEPHOTO
By Rob Howell | For the IPC

Great Britain’s debutant rider Isobelle Palmer had a dream start to her three-star international career when she won both her individual titles at the annual Para equestrian competition in Deauville, France, from 31 March – 2 April.

The 16-year-old rider won the grade IV (formerly grade III) individual and freestyle titles at the competition, which was also her first international competition away from home. Riding Touchdown M., Palmer also came second in her grade’s team test.

She wrote on Facebook: “To come to my first international and go home with two wins, a second, third and fifth place is beyond any expectations I ever had. I’m not sure it has sunk in yet – it’s all a bit surreal.”

Palmer’s trainer and mentor, Rio 2016 gold medallist Sophie Wells also had a good weekend, taking both individual titles in her grade V (formerly grade IV). Wells was riding her newer horse, C Fatal Attraction. She took the wins ahead of Italy’s Alessio Corradini with Uruguay’s Alfonsina Moldanado third in both competitions - her first placings in a major international competition.

Italy’s Sara Morganti started the process of putting her Rio 2016 disappointment (when her horse was not passed as fit to compete) behind her with two superb wins in the grade I (formerly Ia) contest. Riding her world title winning Royal Delight, Morganti scooped both the individual and freestyle titles ahead of Latvia’s Richards Snikus and Great Britain’s Susanna Wade, respectively.

It was Orford though who bounced back to win the freestyle title on her ride, Dior. Orford beat the Netherlands’ world and European champion, and Rio silver and bronze medallist Rixt Van Der Horst into second, with Meijer again taking the third spot.

In the end, some 49 riders from 18 countries took part in the competition, which kicked off the Para equestrian season in Europe. Riders came from as far afield as Uruguay, Brazil and Saudi Arabia to compete against their European rivals.

Eric Estrier, Chairperson of the competition’s Organising Committee said: “Both the sporting and human sides to this competition were amazing. Everything went smoothly and according to plan thanks to an incredible team of motivated and professional volunteers. It makes us want to continue for at the least the next 20 years!” 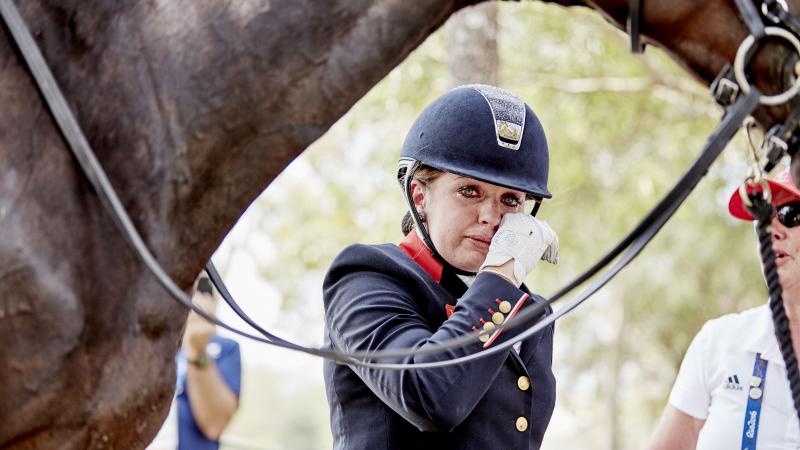 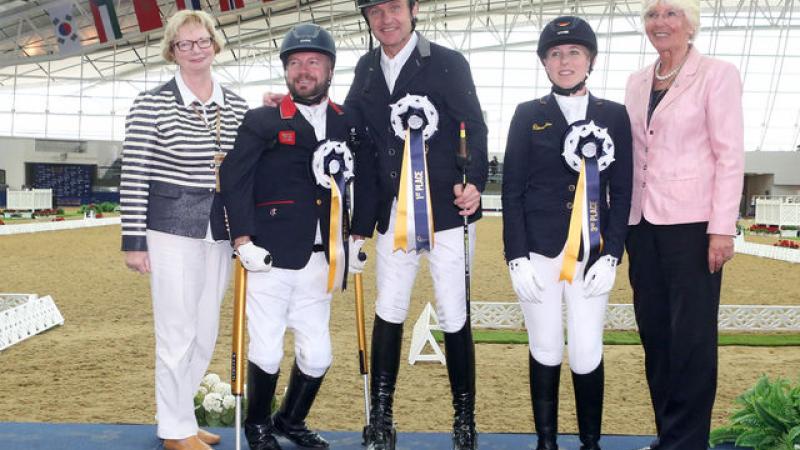