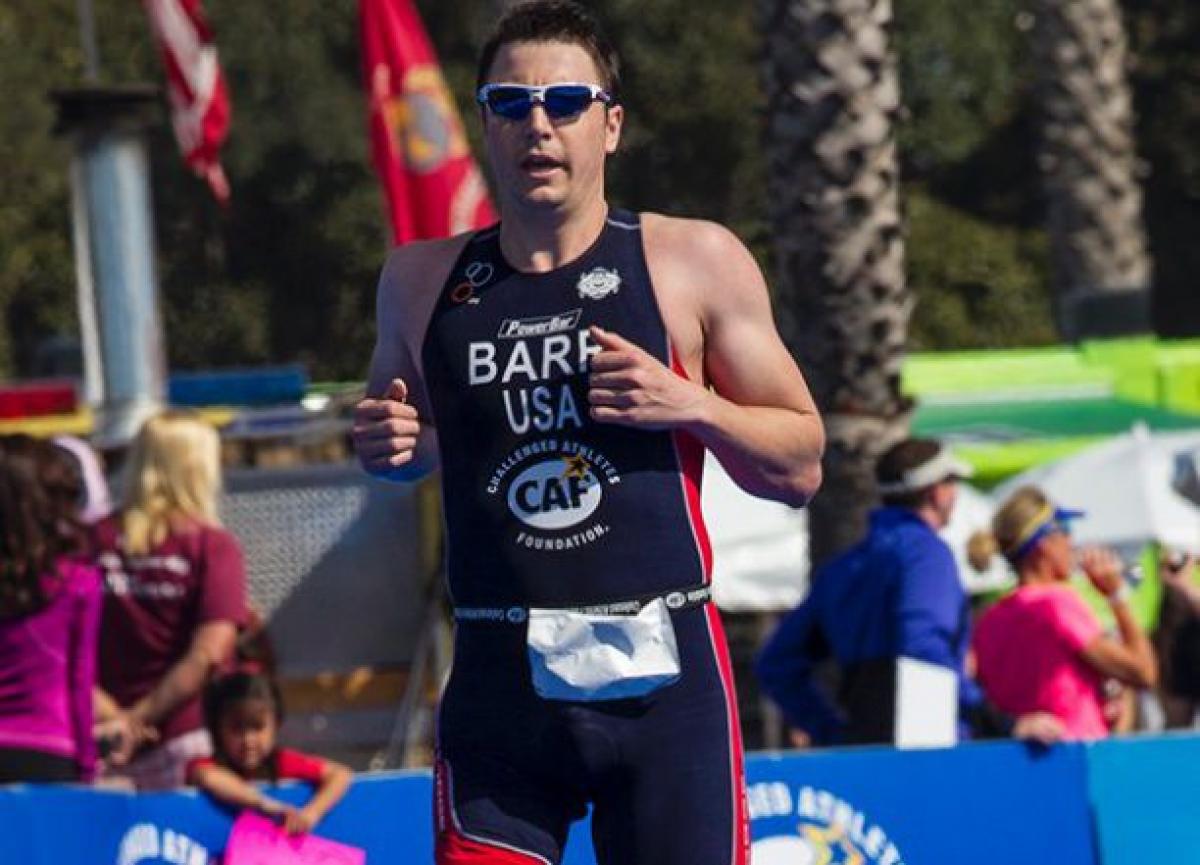 Since making his international debut in 2012, US Para triathlete Mark Barr had always dreamed of winning a world title.

With Gold Coast 2018 approaching, Barr said: “To win and become world champion has always been a dream of mine, and to be able to do it with my parents there would be epic.”

Barr becoming world champion in 2018 enters at No.8 in the Americas Paralympic Committee’s Top 10 Moments of 2018.

Since switching to triathlon in 2012, Barr has tried to win his first world title.

In 2018 he remained the first nine months unbeaten. But the best was yet to come as he won the men’s PTS2 world title in September. Barr’s perseverance paid off as he finished 32 seconds ahead of double world champion Andy Lewis.

Barr has been a swimmer all his life. At the Athens 2004 Paralympics, he collected two fourth-place finishes, and also raced at Beijing 2008.

He lost his leg to bone cancer in his teens. As a registered nurse at the trauma surgical intensive care unit, Barr spends three days a week working 12-hours straight on top of a swim, bike, run or strength session.