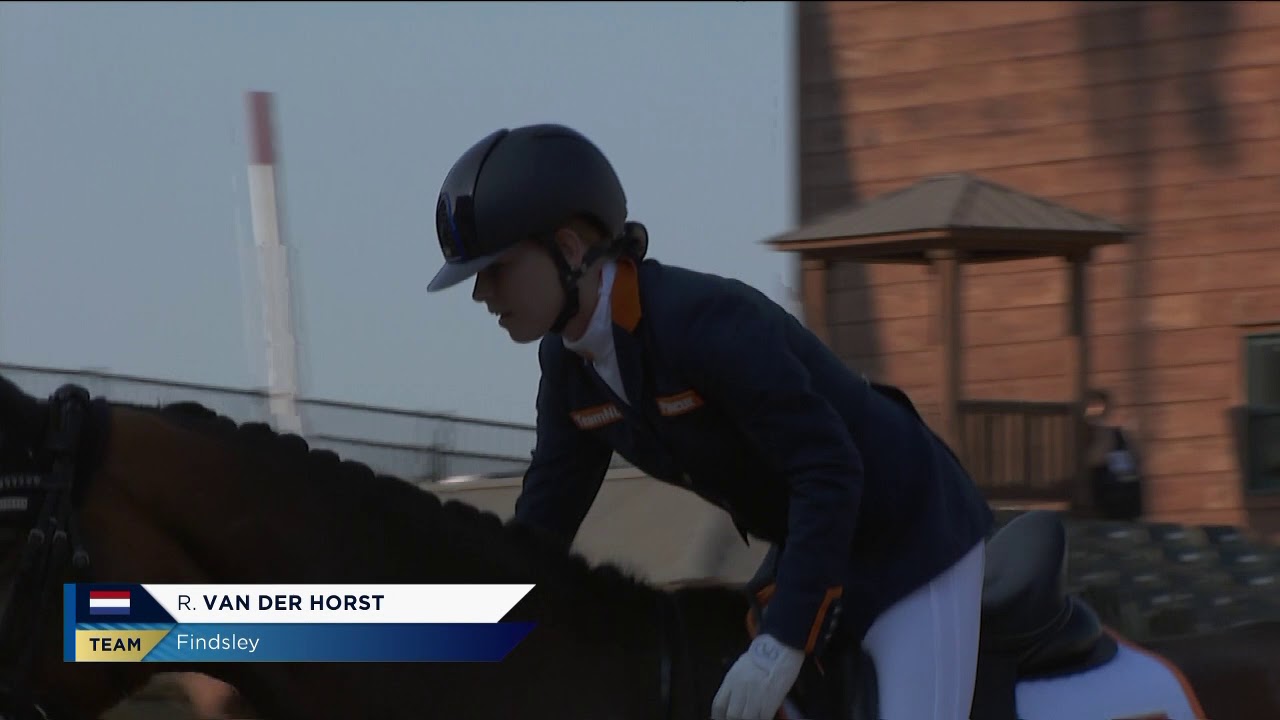 "Riding here is such a big deal and being here as a team and actually doing it, that’s something else – wanting it and doing it"

The Netherlands turned the established order of international Para dressage on its head over the last two days (20-21 September) by winning the team competition at the 2018 World Equestrian Games in Tryon, USA.

In doing so, the Dutch not only secured the first team spot at the Tokyo 2020 Paralympic Games (the top three qualify), they also knocked Great Britain off the top of the podium for the first time at European, Worlds and Paralympics.

At a champagne celebration, Dutch Chef d’equipe Joyce Heuitink said: “It’s been a dream since I started this job six years ago after London 2012 and the gap with Great Britain was so big. But every year, the gap seemed to be getting closer, so we kept working hard and just worked on everything that we can.

“And then you happen to have four amazing riders that do four amazing tests – and Great Britain also did a great job and it was very close. But we were so nervous and thought ‘What if they beat us by just one per cent?’ And then the score came out and my team manager went straight to the general store to get champagne. I’ve been full of tears for the last two days and I’m afraid I will break into tears when I stand on the podium.”

Van der Horst, on Findsley, scored 73.559 per cent to start things off.

That initially left the door slightly open for Great Britain to catch up, and would have needed scores of 73 plus from both Natasha Baker and Erin Orford to defend their title.

Of the pair, Baker rode first and was the highest scorer in the grade, with a personal best 74.118 per cent on Mount St John Diva Dannebrog. Orford, competing at her first global championships on Dior, then scored 69.029 per cent. In the end, the gap between the two countries was just 0.622 of a percentage point.

With the top two spots decided earlier in the first session of the day, the afternoon’s grade I contest turned into a battle royal between Germany and Denmark for bronze, and the final qualifying spot for Tokyo 2020.

Denmark’s Line Munk Madsen was up first, on Hoennerups Beebob, and scored 73.179 per cent. That left Germany’s individual bronze medal winning Elke Philipp a target of 73.208 per cent. Riding Fuerst Sinclair, Philipp surpassed that mark, scoring 74.375 to secure her country a Tokyo 2020 slot.

The Netherlands won the two-day team competition despite Great Britain’s Sophie Wells giving her team the best possible start in the first test of day one, the grade V.

Riding C Fatal Attraction and first into the arena, Wells scored a personal best of 77.233 per cent, a fraction off the world record.

“You learn to deal with the pressure and I just focussed on what I needed to do,” Wells said. “We want to retain our title but we can only do the best that we can do.

“I knew I needed to up my game from the other day for the team. I had a look at my test with my coaches and looked at different areas.”

Voets, however, then kept the pressure up in the grade IV test riding Demantur N.O.P to a massive personal best of 76.550 per cent.

Some 14 countries competed in the team contest, each with three or four across the five Para dressage grades. The top three scores from each team then combined to determine the overall winner.

By winning the competition, Hosmar and Dulk picked up their first Worlds titles.

“First gold, that’s amazing,” added den Dulk. “We really rode as a team and there are no words for it yet. Riding here is such a big deal and being here as a team and actually doing it, that’s something else – wanting it and doing it.

“We rode our hearts out and the judges saw that today and yesterday – happy horses and happy athletes.”

The 2018 World Equestrian Games concludes Saturday (22 September) as the top eight riders and their horses in each of the five grades dance it out for freestyle titles.