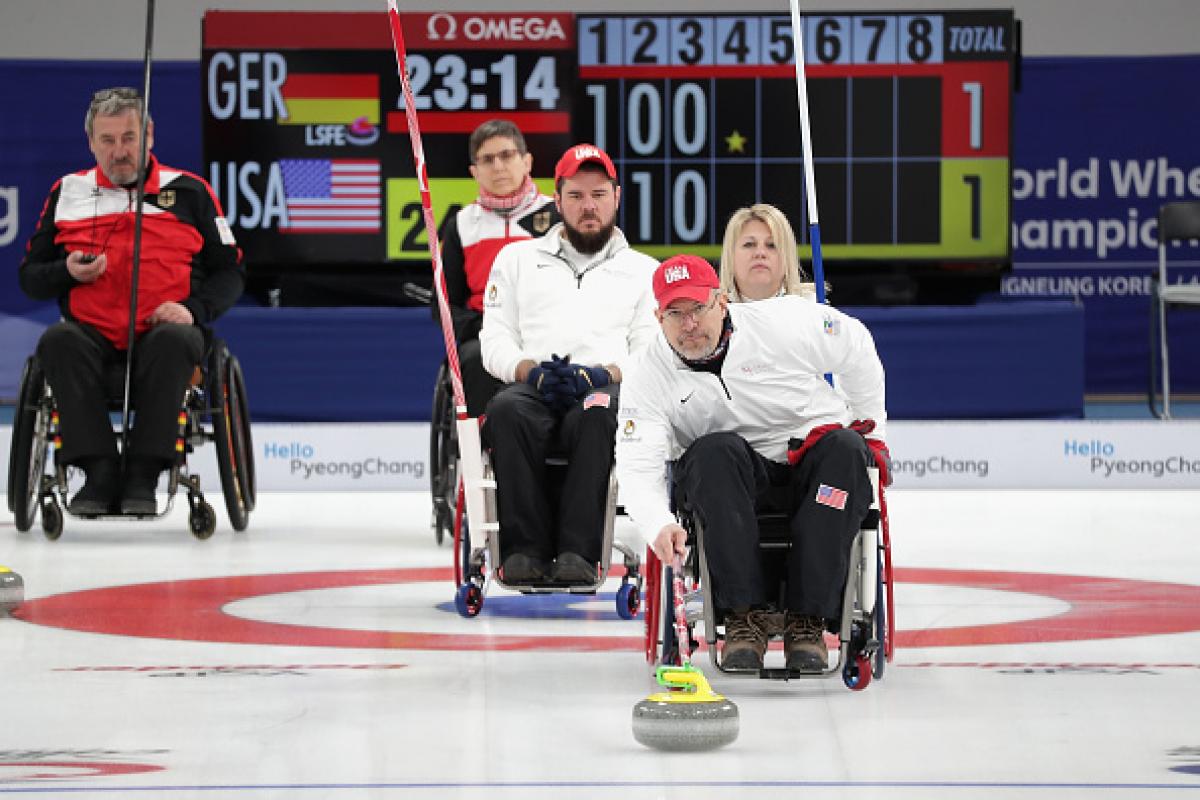 Stephen Emt of the USA delievers a stone

US Paralympics has announced the five athletes who will make up the wheelchair curling team for the PyeongChang 2018 Paralympic Winter Games.

Steve Emt, Kirk Black and Penny Greely return from the team that competed at the 2017 World Championship, which was also a Test Event for PyeongChang 2018. Justin Marshall and Meghan Lino will complete the team.

“Five years ago when I first met Tony [Colacchio] and got introduced to the sport – it’s been a five-year journey for me – to go to a World Championship this year in South Korea and see it empty and imagine 4,000 people in there, is an incredible thing to think about. I’m blessed and I’m fortunate to compete and get a chance to represent our country,” said Emt, 46, who skipped the team at this year’s World Wheelchair Championship.

Black, 48, who lives in San Antonio, Texas, for part of the year and Madison, Wisconsin, during the curling season to train, began curling just a few years ago but has quickly excelled. Marshall, 31, was a member of the last two World Championship teams. Emt, Black and Marshall will all be making their Paralympic debuts.

Greely, 46, and Lino, 33, were part of Team USA at the 2014 Paralympics in Sochi where the US finished fifth. Greely also was a member of the 2004 Paralympic sitting volleyball team that won bronze.

Wheelchair curling will feature 12 countries competing for gold. The US team will be seeking its first Paralympic medal in South Korea after finishing fifth (2014), fourth (2010), and seventh (2006) in prior Paralympics.

“I’m really looking forward to it. I know that we’ll all be training hard to be ready. There’s no pressure to medal, but when we do it will be a huge accomplishment,” Emt said. “It’s coming up quick. I’ve had it on my calendar for a long time – years ago.”

The selection of the five-person team for the Paralympics began with the pre-Trials in September 2016 at the Four Seasons Curling Club in Blaine, Minnesota, followed by the National Team Selection last November in Wausau, which narrowed the team to the eight athletes who competed in Wausau this week. The eight athletes also were evaluated at camps in South Korea and Green Bay during the past few months.

Throughout the skills tests, the Player Selection Committee assessed and ranked the athletes based on skill-shot analysis, game play and other qualities such as on- and off-ice behavior, team dynamics and practice regimen. Athletes’ prior demonstrated game knowledge and performance also will be taken into consideration. 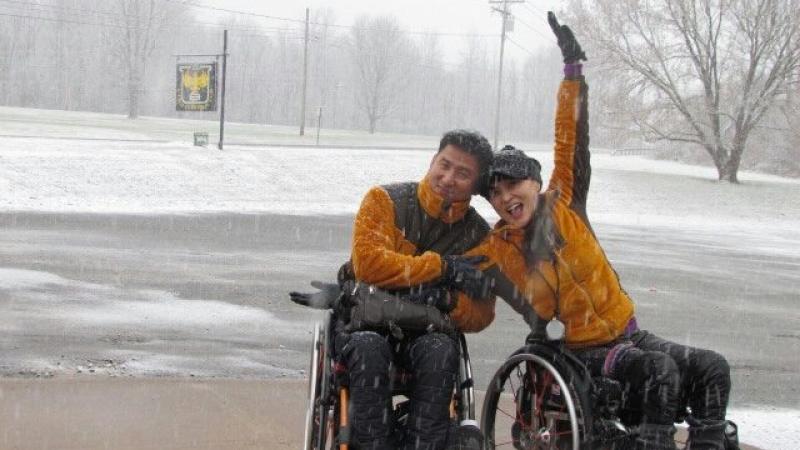 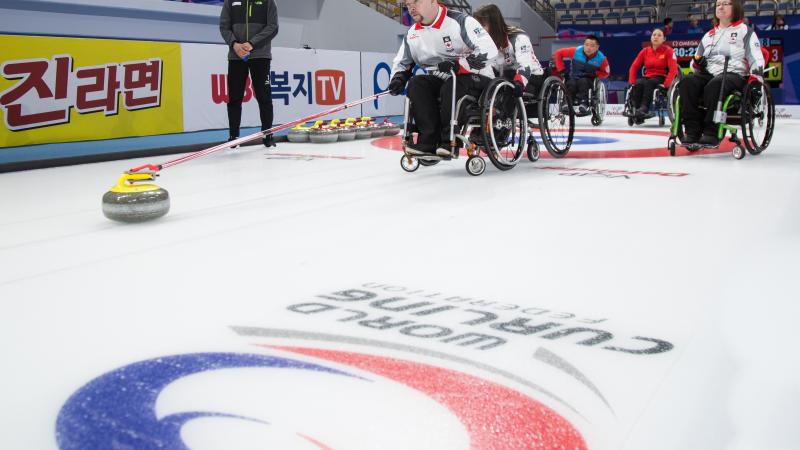