Vos prepared to ‘do everything’ to get on podium 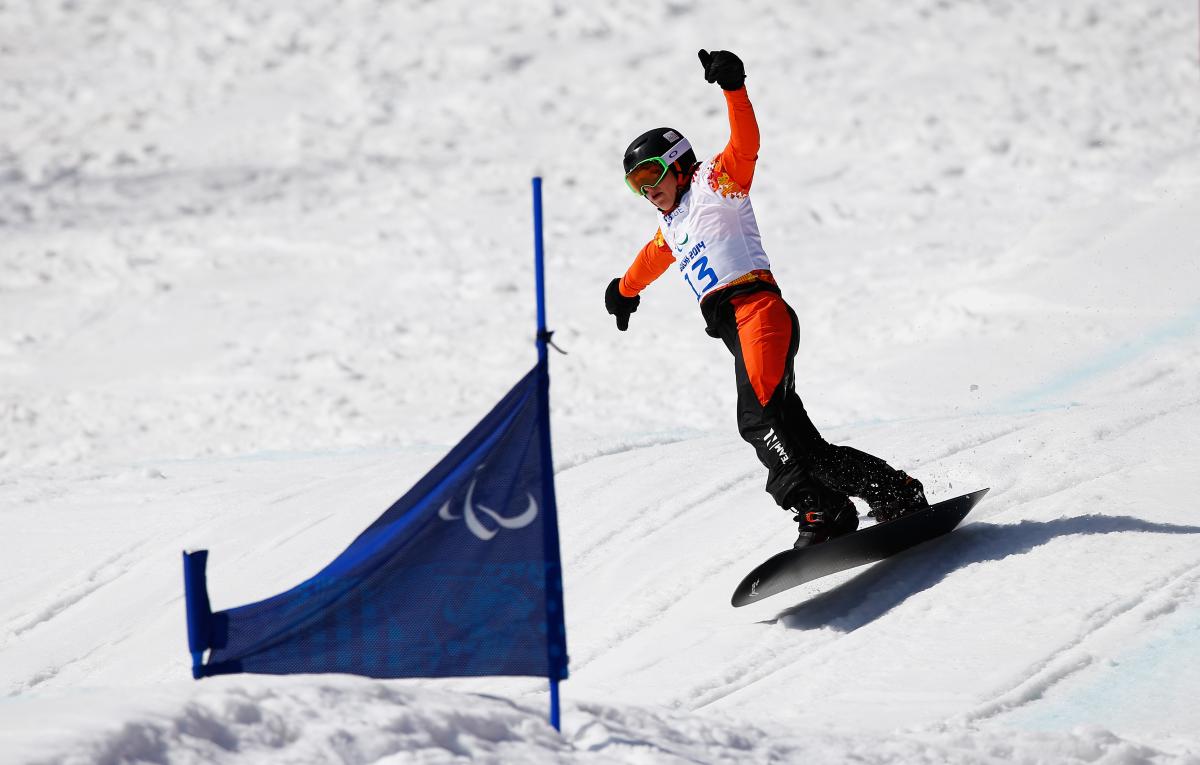 Chris Vos of the Netherlands

“I train so hard and I will do everything to get on the podium.”

Dutch Teenage sensation Chris Vos, already a double snowboard world champion at the age of 17, is prepared to give everything he has in order to take the ultimate prize – a medal at the Paralympic Winter Games.

After making his Games debut at Sochi 2014, in 2015 Vos won gold in banked slalom and snowboard-cross men's SB-LL1 at the IPC Snowboard World Championships in La Molina, Spain.

He is now training hard in Papendal, the Netherlands, for the first races of the season at home in Landgraaf from 18-20 November. Whilst the PyeongChang 2018 Paralympic Winter Games may be some years away, Vos has a clear goal in mind.

“I train so hard and I will do everything to get on the podium,” he said. “It would pay off all the hard work and it will be a dream come true. I want it so badly and it means everything to me.”

Vos, who had a serious accident at the age of five that caused serious damage to his pelvis and right leg, had his first foray into snowboarding at the age of seven. Ten years later he has competed around the world at World and Europa Cups, the X Games and Paralympic Winter Games.

“After the accident, the doctors said I would never be able to walk again but my parents did everything to get me walking again after just two years,” he said. “At that point, walking was not enough, I wanted more. I wanted to try winter sports and one year later I was able to go down the mountains”.

Vos still remembers how hard his first slopes were, and the falls very painful. Today he trains twice a day and he is on snow five months per year.

He is also mentored by teammate Bibian Mentel-Spee, Paralympic and world champion and founder of the Mentelity Foundation, whom he credits for his success.

“If she wasn’t here I would never be this good,” he said. “Together with her husband Edwin Spee, she did everything for me. They showed me the sport that I love and all its secrets. They have been so close to me and helped me as I was their child - they deserve seeing me winning more and more medals.”

With a wise head on young shoulders, Vos shows all the signs of becoming one of the snowboard’s greatest successes: “Look what you can do, not what you can’t” he said. “If I can do it, everybody can.”

The 2015-16 IPC Snowboard season kicks off in Landgraaf with a Europa Cup on 18 November, swiftly followed by two World Cups on 19-20 November, all in banked slalom.

Snowboard
Schultz: Being among the best does not come easy
Imagen