Vote for Americas’ Athlete of 2019 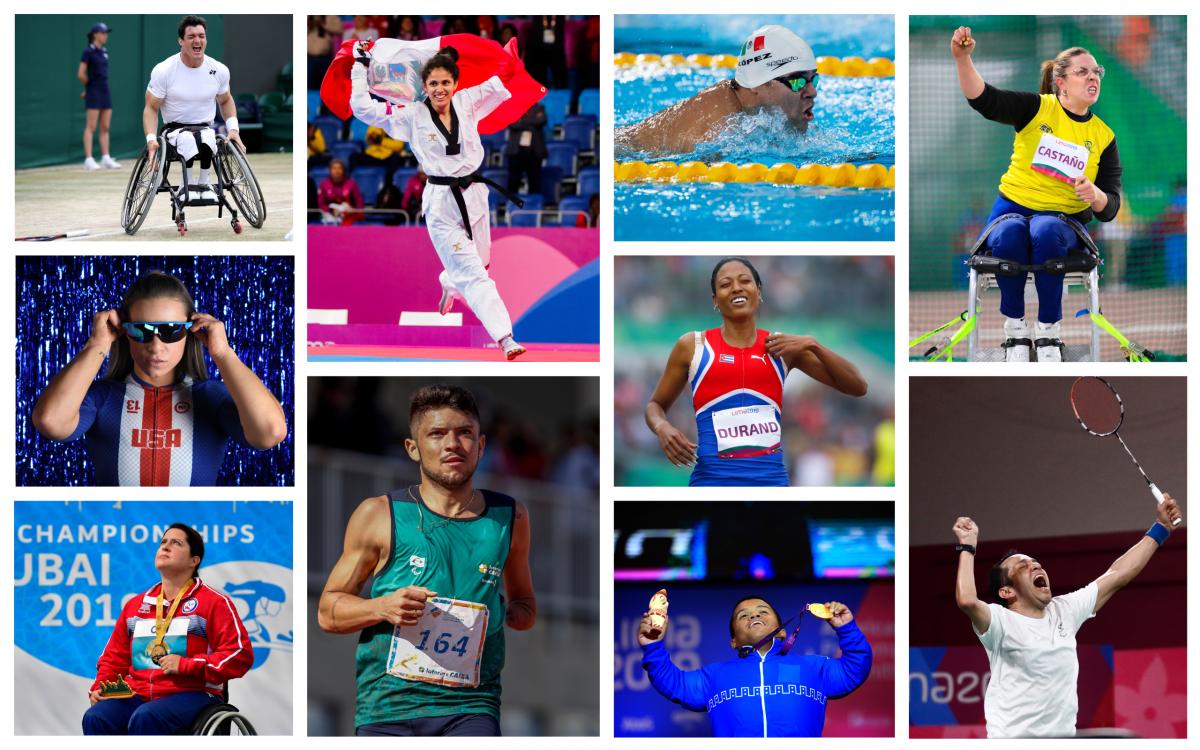 Ten standout athletes have been shortlisted for the 'José Luis Campo' Award as the Best Americas Para Athlete of 2019, and the public can now vote for their favourite on the Americas Paralympic Committee homepage until 4 February.

Peru’s flag bearer took the title in the women’s up to 49kg at the Lima 2019 Parapan American Games in front of a roaring crowd.

After winning five gold medals at the Parapan American Games the Mexican flew to London, Great Britain, and a week later added another four golds to his collection at the World Championships.

Claimed her maiden major international title at the Dubai 2019 World Championships as she ended first in the women’s discus throw F55 with a personal best mark of 23.97.

Sealed an emotional gold medal at Dubai 2019 days after her father passed away, also achieving the world record in the women’s shot put F54 (8.19).

Won five singles titles in the year, including three Grand Slams -Australian Open, Roland Garros and Wimbledon (for the first time)-; to finish the year as the men’s world No. 1. He also secured golds in singles and doubles at the Lima 2019 Parapan American Games.

Claimed his country’s first Parapan American gold in 20 years by topping the podium in the up to 65kg and was voted by the public as the best male athlete at Lima 2019.

Extended her four year-long winning streak by claiming a hat-trick of titles in the women’s 100m, 200m and 400m T12 both at the Lima 2019 Parapan American Games and Dubai 2019 World Championships, confirming once again her status as the world’s fastest female Paralympian.

Became the world’s fastest Paralympian ever by breaking the men’s 100m T47 world record with a time of 10.42, setting the fastest mark ever at a World Para Athletics Championships in Dubai, United Arab Emirates.

Became a celebrity in his country overnight by winning Guatemala’s first Parapan American title ever in singles SL4.

The APC annually honours the best athlete for her or his outstanding sporting achievements throughout the previous 12 months. The award was named after the APC Founding President, pioneer and driving force behind the development of the Paralympic Movement in the Americas for 20 years.

A number of standout athletes are nominated by their National Paralympic Committees, with the APC voting on the final shortlist. The Athlete of the Year is then decided by public vote on americasparalympic.org over two weeks.

Mexican powerlifter Jose de Jesus Castillo Castillo was the winner of the first two editions in 2017 and 2018, with dozens of thousands of people from all across the Americas participating.

“I am very happy for having been named Para Athlete of 2018; it is a huge honour,” Castillo Castillo said. “Thank you to the Americas Paralympic Committee, to all Mexico and to those from other countries who supported me as well."

The Americas Athlete of the Year winners are: