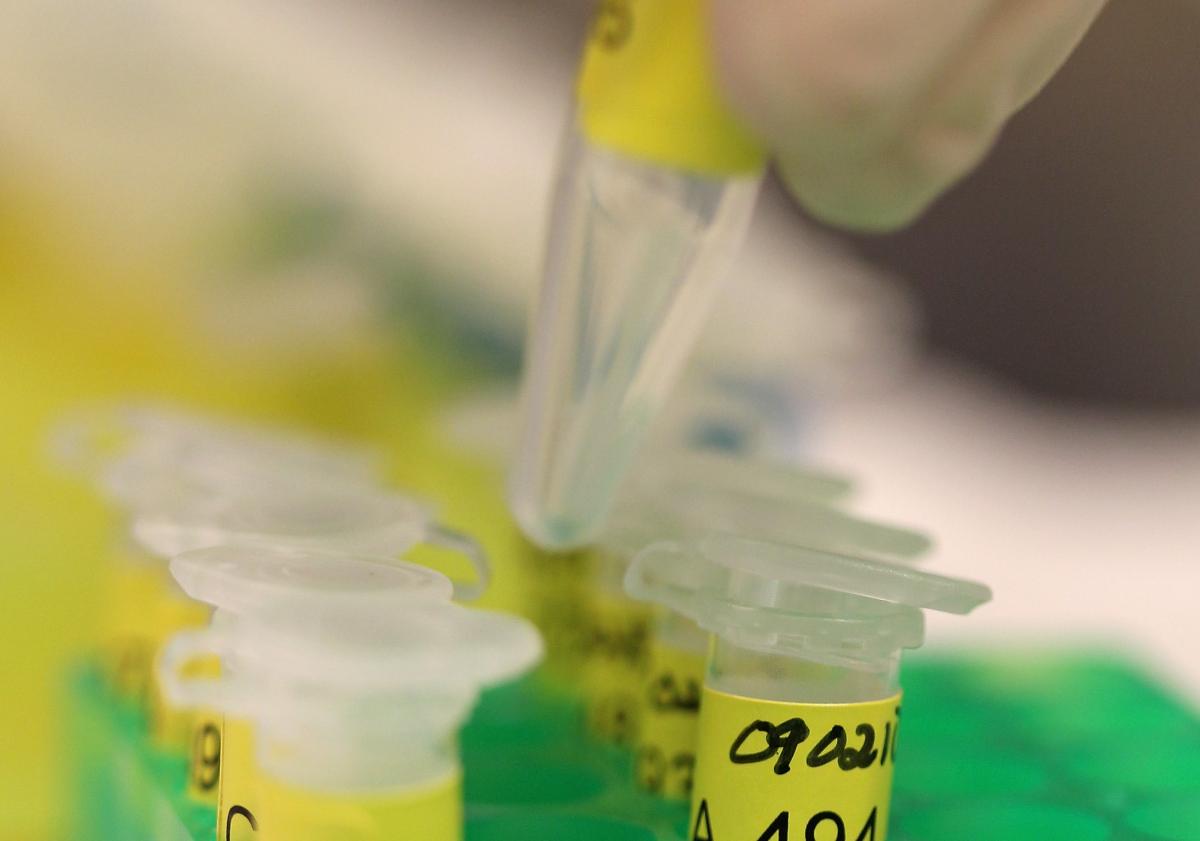 WADA's Executive Committee made a number of decisions at its second meeting of the year, including the approval of the 2023 Prohibited List.
ⒸAlex Livesey/Getty Images
By WADA

On 23 September, the World Anti-Doping Agency’s (WADA’s) Executive Committee (ExCo) held its second meeting of the year in Sydney, Australia. ExCo members, some of whom attended in person and others virtually, were updated on WADA’s progress on key priorities, took a number of decisions – the main ones being summarised below – and made certain recommendations to the Agency’s Foundation Board (Board) for its next meeting in November.

After the meeting, WADA President Witold Bańka, said: “I was very pleased today with the high level of discussion and collaboration among members of the Executive Committee. After full consideration of the relevant experts’ recommendations, a number of important decisions were made, including approval of the 2023 Prohibited List, which will come into effect on 1 January 2023.”

The ExCo approved the 2023 List of Prohibited Substances and Methods (List). Updated annually, the List designates the substances and methods that are prohibited under the World Anti-Doping Code (Code). There will be limited modifications to the List, which will be published before 1 October 2022 and come into effect on 1 January 2023.

Of particular note, the ExCo endorsed the recommendation by the List Expert Advisory Group (LiEAG) to prohibit the narcotic tramadol in competition, effective 1 January 2024. The delay in implementation is to provide an additional year for broad communication and education of athletes, their entourage and medical personnel so that there is a better understanding of the practical implementation of tramadol prohibition in competition. It will also give time to the scientific community to adjust the exact procedural details so that fairness can be ensured for athletes. In addition, it gives sports authorities time to develop educational tools for athletes, and for medical and support personnel to address the safe use of tramadol for clinical purposes within anti-doping.

Tramadol has been on the WADA Monitoring Program and data gathered through that program have indicated significant use in sports. Tramadol abuse, with its dose-dependent risks of physical dependence, opiate addiction and overdoses in the general population, is of concern and has led to it being a controlled drug in many countries. Research studies funded by WADA have also confirmed the potential for tramadol to enhance physical performance.

As it relates to cannabis (delta9-tetrahydrocannabinol, THC), the ExCo endorsed the LiEAG recommendation that the status of THC on the List should remain unchanged.

In September 2021, following requests from a small number of stakeholders, the ExCo agreed to initiate a review of the List status of cannabis, a substance which is prohibited in competition only. Since then, the LiEAG, which is composed of independent, experts in pharmacology, forensic toxicology, substances of abuse, analytical science, pharmacy, sports medicine, chemistry, endocrinology, internal medicine, regulatory affairs, peptides and growth factors, and hematology, from nine countries around the world, embarked on a full and thorough review of the status in sport of THC, the main psychoactive component of cannabis.

This review focused on the three criteria set forth by the Code for inclusion of any substance or method on the List, namely:

1.    It has the potential to enhance sport performance;
2.    It represents a health risk to the athlete; and
3.    It violates the spirit of sport (as defined by the Code).

Under the Code, a substance or method must meet at least two of these criteria to be considered for inclusion in the List.

All existing scientific and medical publications related to THC were reviewed by the LiEAG, as well as testimonials from athletes who were/are cannabis users, and published surveys from around the world. This scientific literature review was subsequently discussed with four world-renowned independent, external experts specialised in the pharmacology, toxicology, psychiatry and behavioral properties of THC and cannabinoids, to ensure that all relevant publications had been included and that all relevant scientific and medical aspects had been appropriately evaluated.

THC is prohibited in competition only, and only when the urinary concentration exceeds a threshold of 150 ng/mL. This threshold was increased in 2013 from 15 ng/mL. As such, the high level of cannabis required to trigger an Adverse Analytical Finding in competition today would be consistent with a significantly impaired athlete or a frequent user. Further, the inclusion of the ‘Substance of Abuse’ provision in the Code from 2021 significantly reduced the length of suspension from a potential two (or even four) years previously to as low as one month today for athletes who can establish that the THC use occurred out of competition and was unrelated to sport performance.

WADA Director General Olivier Niggli said: “The question of how THC should be dealt with in a sporting context is not straightforward. WADA is aware of the diversity of opinions and perceptions related to this substance around the world, and even within certain countries. WADA is also mindful that the few requests for THC’s removal from the Prohibited List are not supported by the experts’ thorough review. We are also conscious that the laws of many countries – as well as broad international regulatory laws and policies – support maintaining cannabis on the List at this time.

“WADA plans to continue research in this area in relation with THC’s potential performance enhancing effects, its impact on the health of athletes and also in relation to perceptions of cannabis from athletes, experts and others around the world.”

Compliance with the World Anti-Doping Code

The ExCo followed the recommendation of the CRC to place the Puerto Rico National Anti-Doping Organization (NADO), on the ‘watchlist’, giving it an additional four months to correct an outstanding non-conformity. A recent review of the country’s legislation revealed that it was not in line with the 2021 version of the Code. Since this was identified, the Puerto Rico NADO and the public authorities have finalised draft amendments in line with the 2021 Code and have provided a timeline for the adoption of those rules within four months (by 23 January 2023) therefore meeting the criteria of the ‘watchlist’ as stated in Article 8.4.5 of the ISCCS. By being placed on the ‘watchlist’, if the Puerto Rico NADO fails to correct its outstanding non-conformity within the timeline, as per Article 8.4.5 of the ISCCS, WADA shall automatically send the NADO a formal notice asserting non-compliance and proposing consequences and reinstatement conditions.

Meanwhile, upon recommendation of the CRC, the ExCo decided to provisionally excuse the previously communicated non-conformities of the National Anti-Doping Center of Ukraine (NADC) for reasons of force majeure following the invasion of the Russian Federation in Ukraine, which continues to prevent NADC’s timely correction of its non-conformities. This approach is in line with Article 8.4.3 of the ISCCS. WADA will continue to monitor the situation and the CRC will reassess the case once force majeure no longer applies. The ExCo was informed also that the individuals identified in WADA’s report outlining the non-conformities in Ukraine are no longer involved in the NADC.

The ExCo approved the recommendations of WADA’s Nominations Committee to appoint the following Chairs of four WADA Committees.  While all four are currently Chairing the Committees (Mr. Gourdji as interim), this announcement confirms their three-year terms commencing 1 January 2023:

The ExCo received an update in relation to the December 2020 decision by the Court of Arbitration for Sport (CAS) regarding the assertion of non-compliance on the Russian Anti-Doping Agency (RUSADA) for a period of two years. WADA is closely monitoring RUSADA to be able to assess whether it meets all the reinstatement conditions at the end of the two-year period.

Meanwhile, cases resulting from WADA’s retrieval of data and samples from the Moscow Laboratory in 2019 continue to proceed. It was highlighted to the ExCo that a further 17 cases between May 2022 and the end of July 2022 successfully resulted in convictions, bringing the total to 138 so far, with more expected as all cases are being followed up.

Further to the governance reforms adopted by the Board in May 2022, the ExCo was updated on the status of various elements of the reforms, in particular on the work being carried out to establish a new 20-member Athlete Council, and on the elections to the National Anti-Doping Organization (NADO) Expert Advisory Group, to be held in November. The objective is to complete the implementation of the majority of the governance reforms by early or mid-2023, in line with the agreed timeline.

The ExCo approved funding recommendations for research proposals for WADA’s 2022 call for scientific research grants. A total of 18 projects were selected for funding, from a total of 46 proposals received, amounting to USD 2,031,677. Details of these projects will be published on WADA’s website in the coming months once the individual contracts are signed.

The ExCo approved a recommendation from WADA’s Laboratory Expert Advisory Group (LabEAG) to grant WADA accreditation to the Laboratório de Análises de Dopagem (LAD), located in Lisbon, Portugal. The LAD was previously a WADA-accredited laboratory until that accreditation was revoked in October 2018. The laboratory has since followed all the steps required under the International Standard for Laboratories (ISL) to secure its new accreditation. Following this approval as a WADA-accredited laboratory, WADA shall follow up with an on-site assessment, at the laboratory’s expense, within six to 12 months. In addition, the laboratory shall be required to seek a second opinion prior to reporting any Adverse Analytical Finding and Atypical Finding for a period of 12 months after receiving its accreditation.

The ExCo also agreed to grant Candidate Laboratory Status to the Doping Control Laboratory of Athens, Greece. The decision follows a recommendation from the LabEAG, which determined that the laboratory’s application for the status conformed with the relevant section (Article 4) of the ISL. The LabEAG will now evaluate the Candidate Laboratory’s progress in fulfilling all ISL requirements, including the development of its technical and analytical capabilities, to enter into the probationary phase of accreditation within a three-year period, as per the process of accreditation. The Athens Laboratory had previously been fully accredited but its accreditation was revoked in August 2021 due to non-compliance with the ISL and related Technical Documents and Technical Letters.

The ExCo will meet next on 17 November 2022 in Montreal, Canada, with the Board meeting taking place the following day. 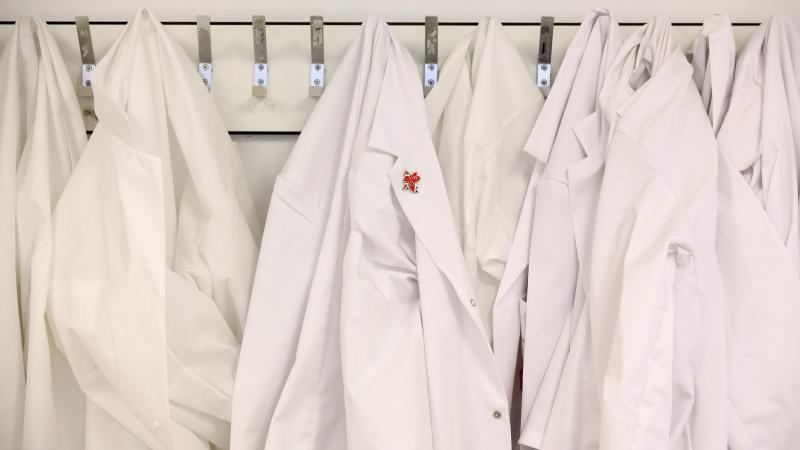 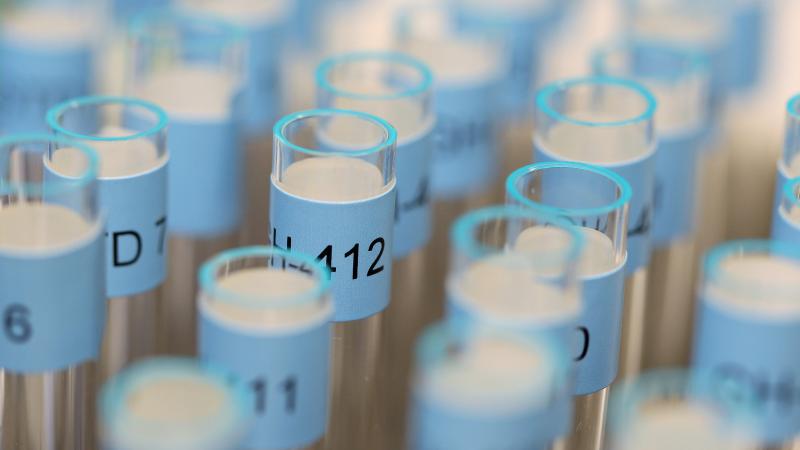 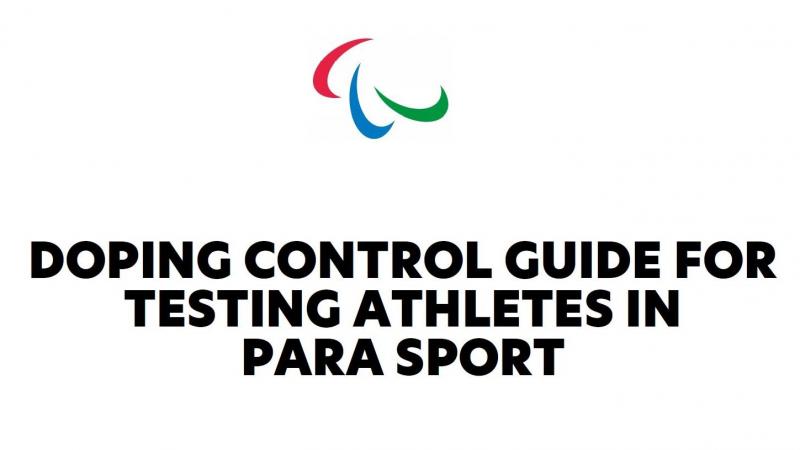