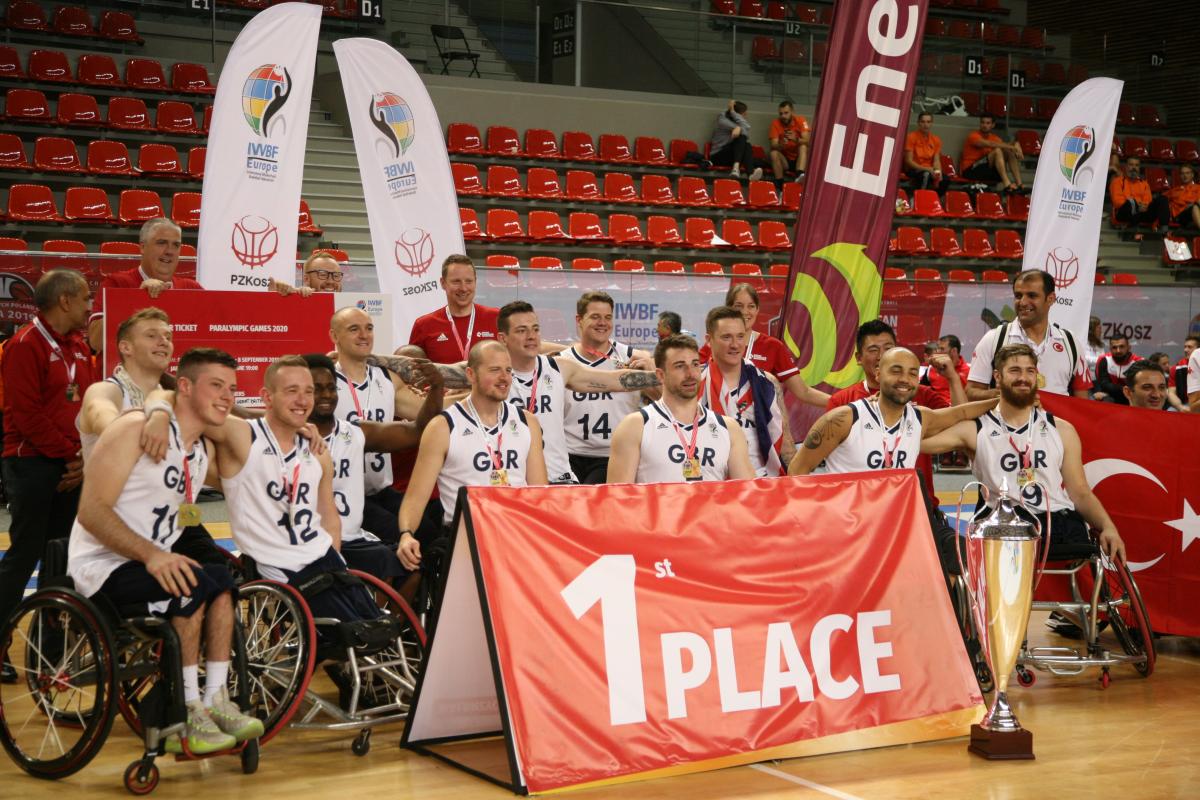 The British side topped Spain 77-52 in the gold medal game to add onto their 2018 World Championship title from Hamburg, Germany.

Great Britain had faced France in the quarter finals, Turkey in the semi-finals, before meeting Spain.

The squad have history with these three teams, with each of the opposing nations stopping Great Britain’s title bids at critical tournaments in the last decade. Turkey notably stopped the Brits from claiming their fourth consecutive European title in a close final in 2017 (69-76); Spain quashed Great Britain’s gold medal chances at the Rio 2016 Paralympics after they won the place in the final (63-69); and France delivered a heart-breaking defeat to the Brits in the quarter finals of the 2010 Worlds.

However, Haj Bhania’s team were never in doubt of their status as current world champions and delivered a blistering pool stage with five successive strong wins against Italy, Switzerland, Austria, Poland and Germany.

“We’re really proud to win the European Championships – it has been a long and tough summer with the squad and I am so proud of this team.

“Going into Tokyo we are now one of the favourites which will be a new experience for us. We have always been the ones chasing the Spanish or chasing the Americans.”

Harry Brown added: “It’s a great feeling to get the European Championships trophy back and become Champions again. To have the whole team put a performance in was just amazing. The whole staff and team stuck together throughout the tournament and it’s been the best feeling ever.

The top four ranked teams at Walbrzych 2019 directly qualify for the Tokyo 2020 Paralympics. Joining Great Britain and Spain are Turkey and Germany. The two faced off for the bronze medal, with Turkey taking the prize 76-65.