Who should be August's Allianz Athlete of the Month? 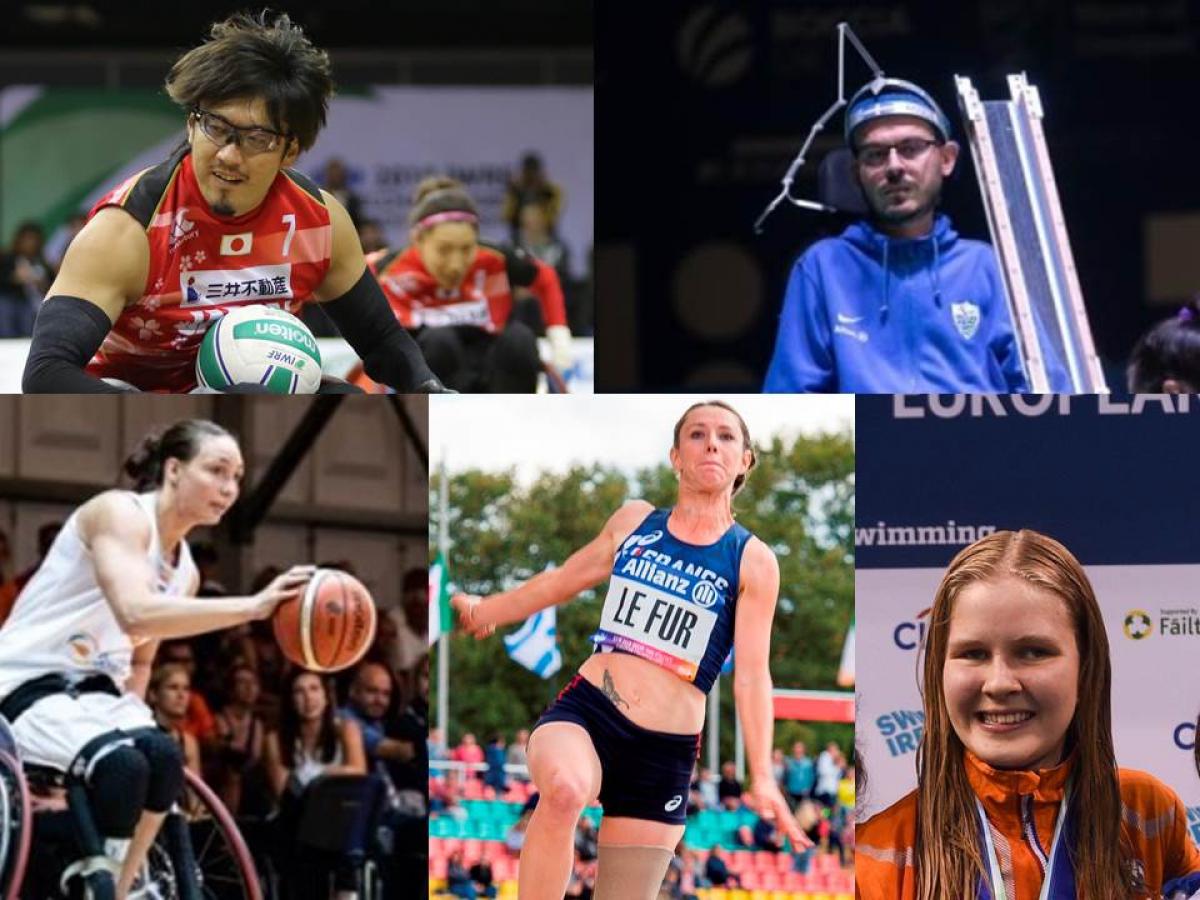 Daisuke Ikezaki and Greg Polychronidis (top) along with Mariska Beijer, Marie-Amelie le Fur and Liesette Bruinsma (bottom) are up for August's honour.

The International Paralympic Committee (IPC) has revealed the shortlist for August’s Allianz Athlete of the Month, and the public can now vote for the winner on www.paralympic.org.

Beijer played a key role as the Dutch women won a first major title at the 2018 Wheelchair Basketball World Championships. Named the women’s tournament Most Valuable Player, Beijer averaged a double-double throughout the competition. She scored 21 points and grabbed 12 rebounds in the final against Great Britain.

The seventeen-year-old won four gold medals and one silver at the 2018 Para Swimming European Championships, as well as breaking three world records. She took a massive six seconds off the women’s 400m freestyle S11 world record, a time that had stood for eight years.

Ikezaki helped Japan upset favourites Australia for a historic gold at the 2018 Wheelchair Rugby World Championship. Japan prevailed against the USA in the semi-final and beat Australia in a thrilling 62-61 victory to claim their first world title. Ikezaki was named the Most Valuable Player, finishing the event with 135 tries, including 25 in the final.

Le Fur broke the long jump world record on the final day of the 2018 Para Athletics European Championships. She was the first in the women’s T64 to go over 6 metres, an accomplishment that came after a horrific start to the year when she lost her unborn baby.

Polychronidis won double gold at the 2018 Boccia World Championships. He won the BC3 individual final in dramatic fashion, coming from behind to defeat the Paralympic champion and claim his first major individual title. He was also victorious in the BC3 pairs gold.

The public has until 12:00 (CEST) on Tuesday (11 September) to vote for the athlete they want to be the Allianz Athlete of the Month for August 2018 via the International Paralympic Committee homepage.