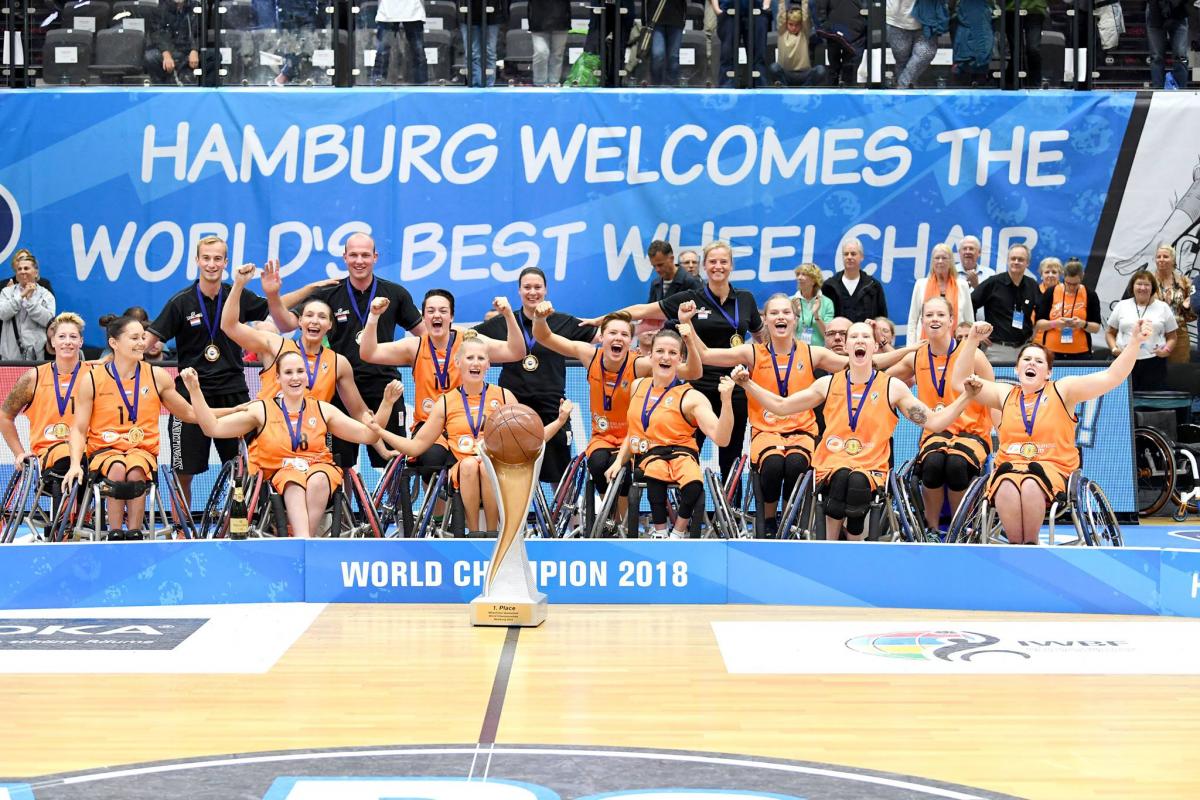 In front of a vocal sea of bright orange fans, the Dutch women were boosted to a 56-40 victory over Great Britain.

Saturday’s showdown was also a rematch of the Rio 2016 Paralympic bronze medal game, with both returning many players from those squads and looking stronger than ever two years later.

But it was the more experienced reigning European champions who came out strong, jumping to an 11-point lead at halftime, 31 – 20. Great Britain rallied in the third, drawing to a four-point game, but the Netherlands composed themselves to stop the Brit’s comeback and win the final quarter 18-8 to take home the gold medal.

"It is the first time in all the years for the Netherlands we win the gold medal,” said Dutch coach Gertjan van der Linden. “We played the second time against GB, so it will be a total different game as the other one. And you see, GB was coming back in the third quarter but we can stop that on that moment. On that moment we leave four points and then we come bring back on four again. Jitske Visser played an excellent game today, our low pointer, so she did a great job and also all of the team. If you see our defence it´s very difficult to play against us."

Despite the loss, Great Britain’s women made history winning a first world medal.

"We will have our day and we will be the better team,” Great Britain’s Miles Thompson said. “But tonight the better team won. Our team had an incredible fight to come back in the third period down 11 at the half to get it to four. I love this team. They are the embodiment of the definition of team. We spent a lot of time working on that and I think it shows why people really appreciate this group."

Germany win bronze at the wire

Germany held off a feisty Chinese team 44-43 to capture the bronze medal in front of their home crowd.

China held the biggest lead of the game with a nine-point advantage just before halftime. A rejuvenated German team however came out in the second half take the lead. Both teams went basket for basket right up until the final seconds.

Calling a timeout with under 15 seconds to spare, China would not take advantage of their final possession as a three-second violation was called to end a thrilling Worlds run for the Asian nation.

German coach, Martin Otto, said: “I always believed we could win the game. I appealed to the strengths of my players during the halftime break. We’ve changed things up, for example the number six and the number 10, who scored a lot, we put our 4.5-point players against them and took them out of the game. The audience got to see an exciting game – perhaps a bit too exciting for us. “

The 2018 Wheelchair Basketball World Championships finish on Sunday (26 August), with the USA and Great Britain men battling for the gold medal. 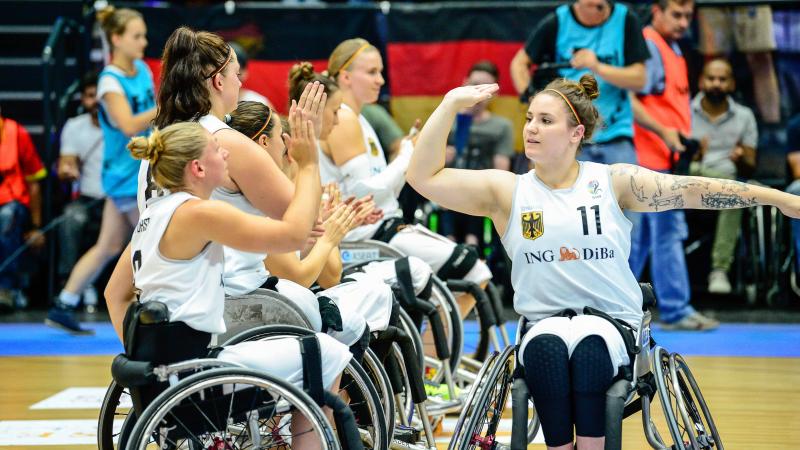 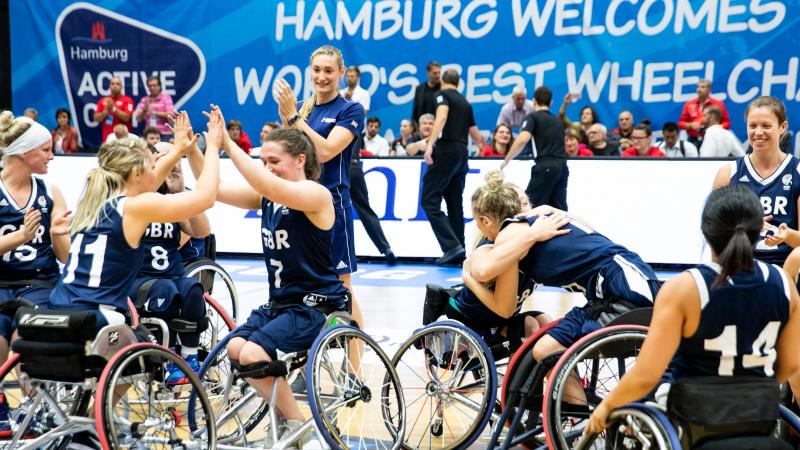