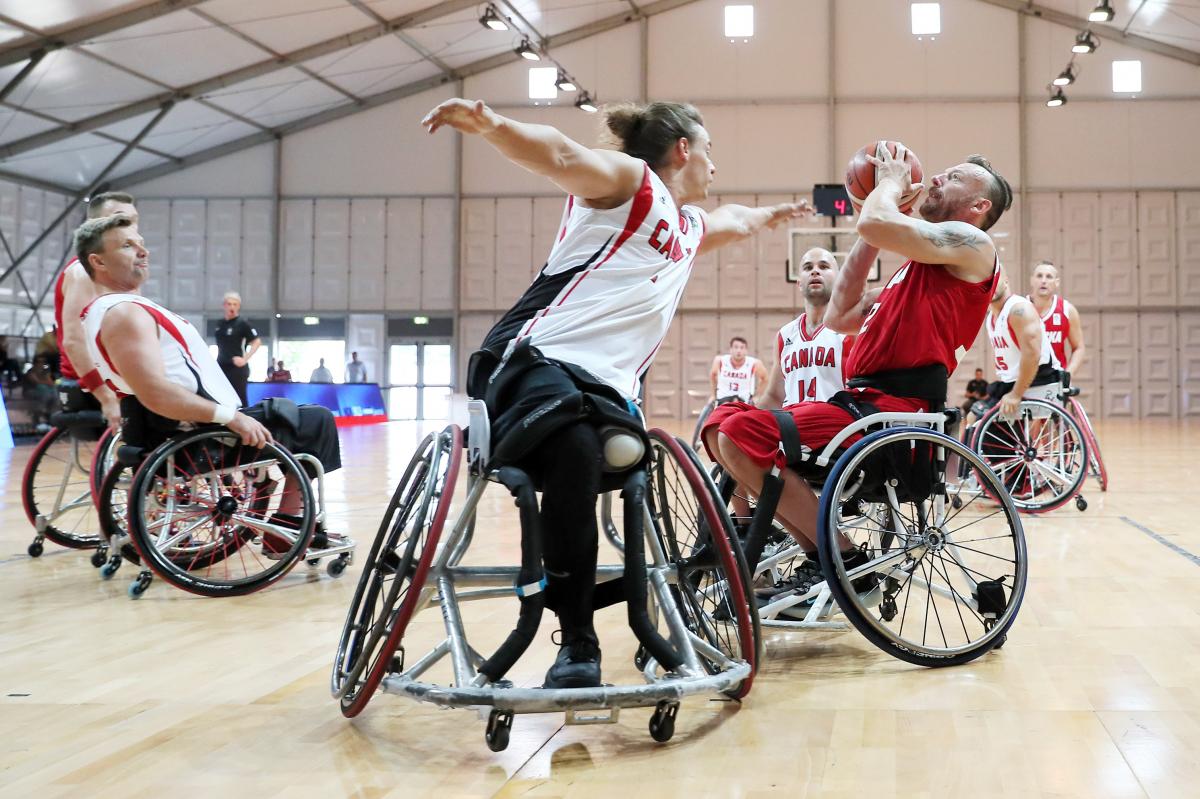 Poland caused the shock of the Worlds so far, beating Canada to reach the quarter finals

Poland caused a major upset on day six (21 August) to be among the eight men’s teams advancing to the quarter finals of the 2018 Wheelchair Basketball World Championships in Hamburg, Germany.

Tuesday’s crossover games saw the Polish squad – who made their first Worlds appearance in eight years – surprise the experienced Canadian side 79-68. Marcin Balcerowski led a powerful Polish offense with 21 points, while four of his other teammates scored in double-digits.

“It's a very very disappointing loss,” Anderson said. “Not that we didn’t know that Poland has a very good team. We had some good battles with them this summer. But we didn’t come here to be out this early. I don't really have a lot of words. I'm really sad for our guys. I was really hoping that the young guys would get a taste of the quarter finals and maybe of the semi-finals. It's a loss but they played really, really great.”

“It feels very good to have won today, we worked very well as a team, we definitely want to play for a medal, but now we focus on the next game and do it the way it should,” Australia’s top scorer, Bill Latham, said.

Rio 2016 Paralympic runners-up Spain were winless in Hamburg until Tuesday, when they held off Japan 52-50 to stay in medal contention.

Spain held a 15-point lead going into the final quarter. A huge fightback by Japan in the fourth saw them take the lead. But then an exchange of baskets ended in Japan missing the final attempt to give Spain the two-point win.

“We have regained our team spirit and have confidence in our game again, we will not stop fighting, until the end we will do that,” Spain’s head coach Oscar Trigo Diez said.

The win sets them up with Great Britain, who knocked out hosts Germany to the large crowd’s despair, with a 62-54 win.

Argentina stunned Italy as they stormed to an early lead, which they maintained throughout the game to win 59-46. Argentina’s Cristian Gomez’s led all scorers making a double-double of 22 points and 16 rebounds.

Argentina’s head coach Mauro Varela, said: “We’ve prepared a lot for this crossover game because it means whoever loses is out. Ahead of the tournament we prepared in Italy and had the last games against them so we were able to watch them.”

They will match up with tournament favourites and unbeaten USA, who cruised past Morocco, with a comfortable 82-31 score.

South Korea gave Iran an early scare. But the Iranians – the only other undefeated men’s team – regained their composure to secure their spot in the men’s quarter finals, 64-48.

Iran’s coach Mohammadreza Dastyar said: “South Korea is our long-time rival in the Asian area and if we did not win this match we would not have chance to reach the last four in the tournament.”

The Asia-Oceania silver medallists will take on European champions Turkey, who took down the Netherlands 60-52.

The Netherlands took down five-time and reigning world champion Canada 64-52 to remain unbeaten and set up a highly-anticipated showdown with Great Britain, the other 4-0 team in Group A, on Wednesday (22 August).

Dutch coach Gertjan van der Linden: “It is always good to win. Canada did a good job but the victory is important for us and we can learn from it.”

The USA rebounded from their two defeats to finish third in Group A with a 57-25 win over France.

The final day of group games for women is underway before the quarter finals begin on Thursday (23 August). Complete results can be found on the International Wheelchair Basketball Federation’s website.