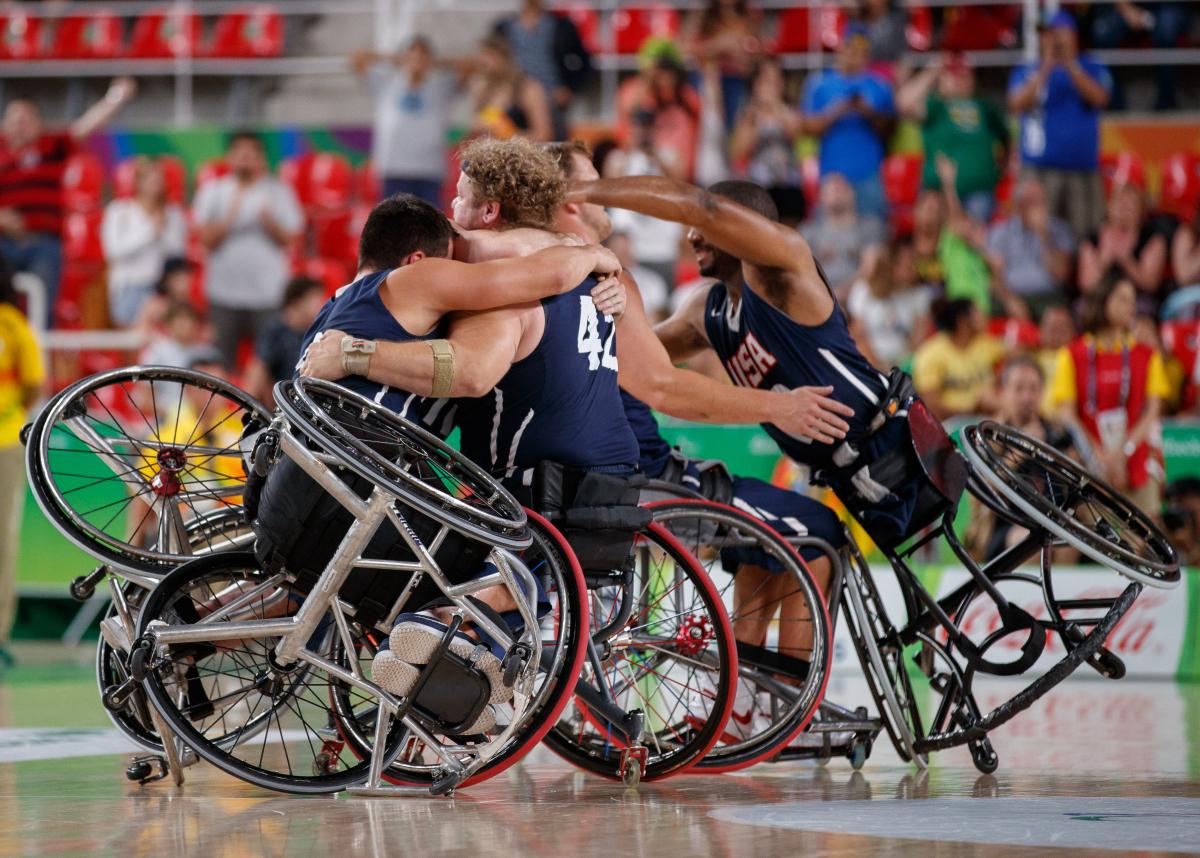 Here is what you need to know about each group.

Germany will try to use the support of the home crowd as they target their first podium finish at a World Championships. The 2017 European bronze medallists will face their toughest challenge in Canada, who have sporting legend Patrick Anderson back in the ranks. The Canadians will be hoping they can bring back a major international medal for the first time since the London 2012 Paralympics.

Iran are also an experienced side that look to go far. Centre Morteza Ebrahimi was named Most Valuable Player at the Asia-Oceania Zonal Championships, where Iran finished second.

The USA return 10 of 12 players from their Rio 2016 Paralympics-winning team and have their sights set on upgrading their world silver medal from 2014.

Watch out for Great Britain who impressed with bronze in Rio.

Six players from South Korea’s home Worlds in 2014 are back for the latest edition. The nation saw their highest finish at a Worlds with sixth in Incheon and will want to go better.

Poland are back on the international stage after missing both the last two major tournaments.

European champions Turkey headline this group and are in Hamburg with Rio redemption in mind. They lost to Great Britain in overtime for the bronze medal in 2016 but will be spurred by star player Ozgur Gurbulak.

Italy were knocked out of podium contention by Turkey at last year’s Euros, and they will have to face them again in their quest to reach the knockout stages.

Asia-Oceania bronze medallists Japan are looking to show what they have got ahead of their home Paralympics in 2020, while the previous Paralympic hosts Brazil aim to show they have improved since their memorable fifth-place finish in 2016 – their highest at a Games.

Back-to-back world champions in 2014 and 2010, Australia would like to rebound from a disappointing showing at Rio 2016. Their victory at last year’s regional Championships has them confident in their new coach and new direction.

Spain created history in 2016 with their first Paralympic medal in the sport. But they did not reach the podium at their home Euros the following year. The Netherlands on the other hand fell to Germany in the bronze medal game in Tenerife, Spain, and will challenge in the group, while Argentina carry the bronze medal from the Americas Cup.