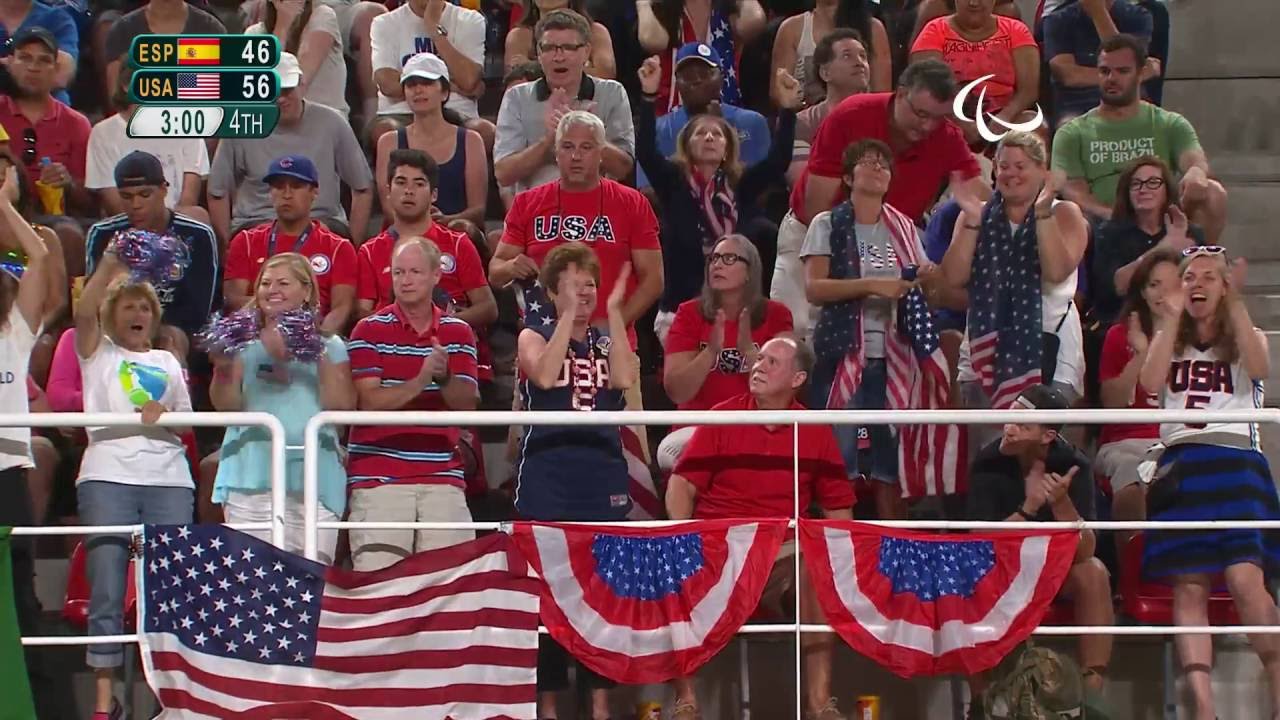 With 28 teams competing at the 2018 Wheelchair Basketball World Championships, the competition in Hamburg, Germany, will be filled with storylines. Here are eight to know before tip-off on 16 August:

1. Will the USA dominate again?

Both US men’s and women’s teams captured the Paralympic titles at Rio 2016, the first time that happened in 28 years.

Many key players from the men’s side are back, including Steve Serio, Jake Williams and Brian Bell. The women’s team however are without star shooter Rebecca Murray, who had indicated that the 2016 Games would be her last. They now turn to Rose Hollermann and Abigail Dunkin – both returning from that gold medal squad – to lead them to another golden prize.

Both women’s teams know each other well and have been podium finishers on the international stage over the past decade.

At the 2017 European Championships in Tenerife, Spain, the rivals met in the finals for the 14th consecutive time. The Netherlands exacted revenge on the Germans, who knocked them out in the semi-finals at the Rio 2016 Paralympics and forced them to settle for bronze.

3. Return of a legend

Canada’s Patrick Anderson is regarded as the best to have played the game, and the 39-year-old is back at his first major international competition since leading the team to Paralympic gold at London 2012.

Canada are attempting to return to the Worlds podium for the first time since 2006, when they won gold. It was also the last World Championships Anderson competed in, as he chose to take a break from the sport after Canada’s Paralympic silver from Beijing 2008.

Veteran player Clare Nott said that Hamburg 2018 is an opportunity to show the world that the Australian women’s team are back. The squad was absent at the last Paralympics and finished well off the podium at the 2014 World Championships. Those results were surprising for a team that showed gold-medal potential after their runner-up finish at the 2012 Paralympics. But Hamburg 2018 would be a clean slate.

China have been an Achilles heel for the Australians after defeating them in the last two Asia-Oceania Championship finals. The biggest hurt was in the 2015 edition, where the winner would qualify for the 2016 Games.

They are the only Asian women’s team at Hamburg 2018, and in good position for their best finish at a Worlds after taking seventh and eighth place in the last two editions. Watch 1.0 player Xuejing Chen to wreak havoc on the court.

Another European rivalry will be on display in Hamburg between Great Britain’s and Turkey’s men’s teams. The Turkish side took revenge on their rivals at the 2017 Euros finals, thanks to the stunning performance of Ozgur Gurbulak in the last seconds. The victory was redemption after a heartbreak overtime loss to the British in the Rio 2016 bronze medal game; it would have been Turkey’s first Paralympic medal in the sport.

7. History in the making

Algeria became the first nation to send an African women’s team to a Paralympic Games in 2016, and now they look to build on that with an historic Worlds debut. Hamburg 2018 will mark the first time a women’s team from Africa will compete.

In the men’s side, African champions Morocco are set to appear at their first World Championships. In the past, Algeria, Egypt and South Africa have represented the region at the competition, but none have cracked a top-10 finish.