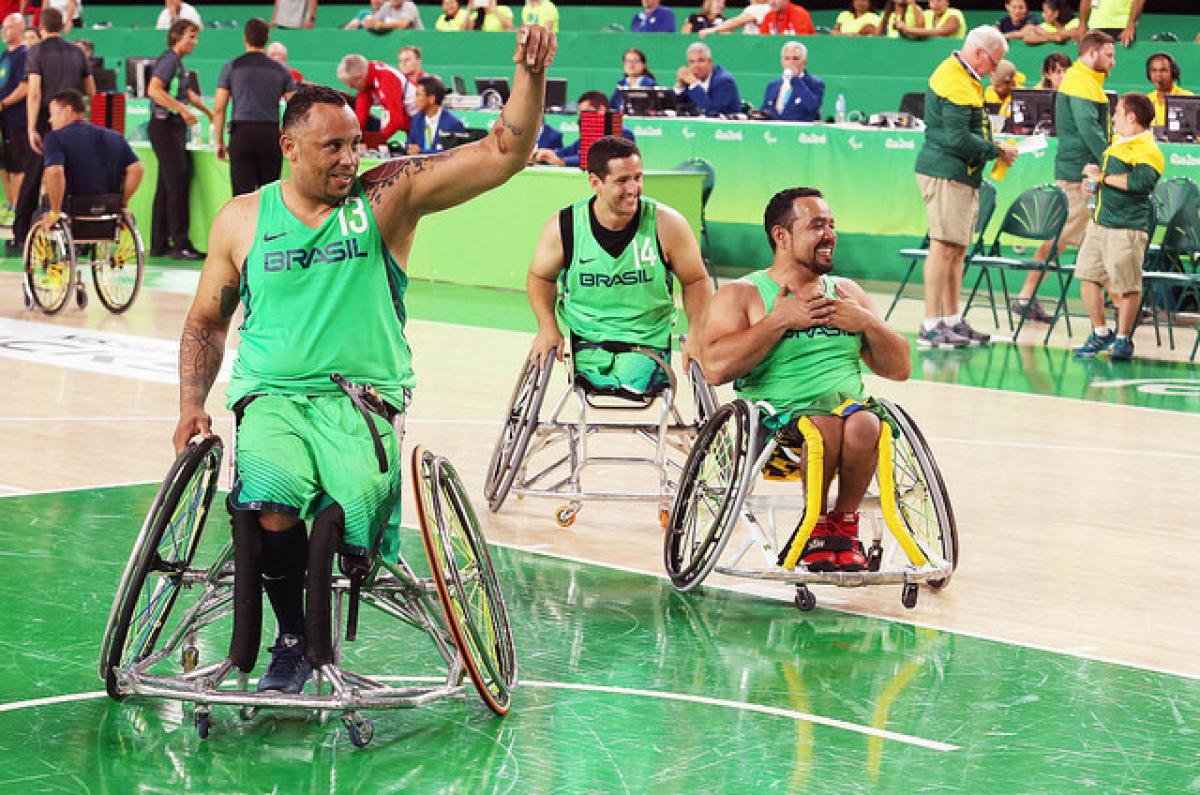 Brazil announced the 12 men who will represent the country in their first participation in the Wheelchair Basketball World Championships in 12 years.

The South American’s last Worlds appearance was ninth place in 2006. But the team have progressed since, and at their home Paralympics in 2016, the Brazilian men took a thrilling one-point victory over Australia for fifth place, their best-ever finish in the Games.

Head coach Tiago Frank made four changes to that Rio 2016 team and knows although Brazil has improved, so have their opponents.

“I think the World Championships will be fairly balanced,” Frank said.

“We’ll have a hard path to achieve our goals. It is also important that the teams from the Americas have a good placement considering the spots that will be available for the 2020 Paralympic Games during the 2019 Parapan American Games. This makes the competition even tighter.”

“We had a recent clash with the Turkish side in the Paralympics quarter-finals. [It is] a team that stands out by the excellent roster, who plays at an excellent level in Europe and also by the physical aspect.

“We see Japan as a rising team. They are doing a great preparation for Tokyo 2020. It is a team with a lot of potential. We still have little information about the Italian team, but we know that it’s a country that can surprise and that has a strong league.”

“We want to make a great competition and that the Brazilian team develops to the maximum of its potential. We have quality athletes in our country and we want to explore this in the international scenario.”