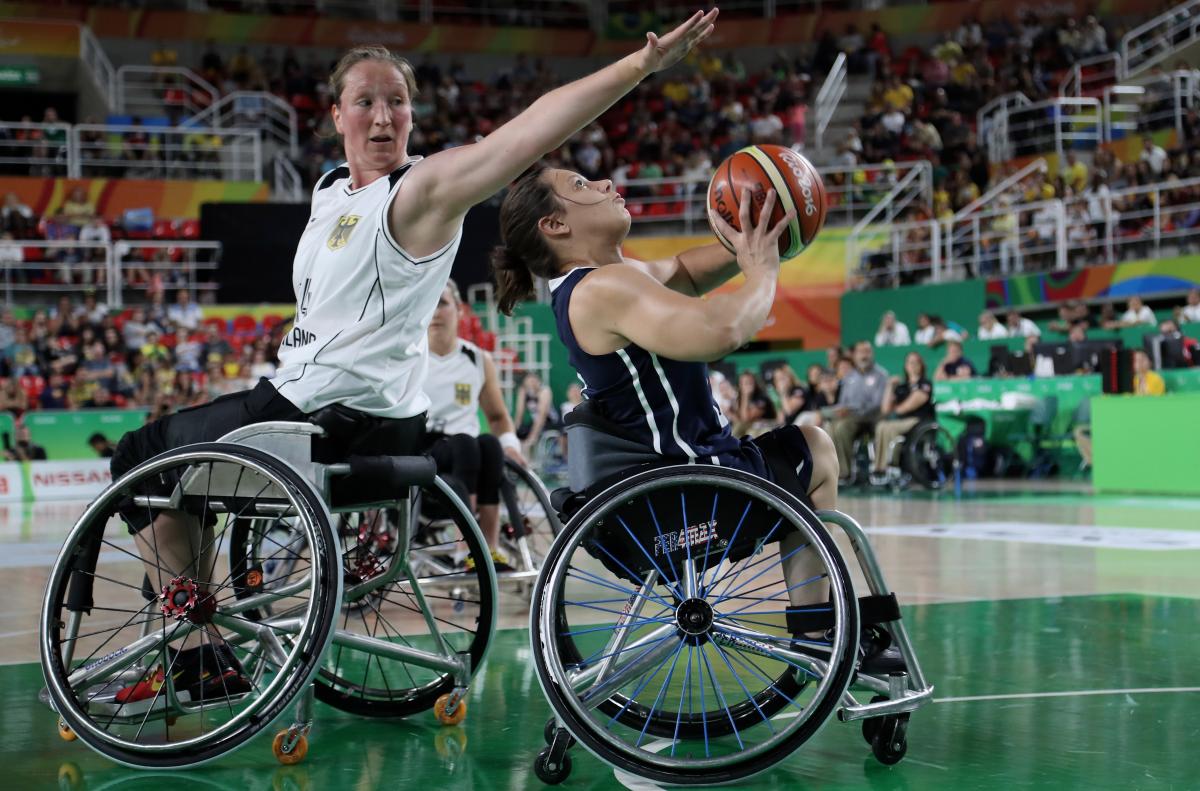 “Me personally I want to have a good last tournament because I felt in Rio I did not play as good as I wanted to, so whatever result we have, I just want to finish this and say OK I did the best I could."

After Paralympic heartbreak, Germany’s Marina Mohnen stopped playing wheelchair basketball. But with the 2018 World Championships coming on home soil, Mohnen was convinced to give the sport another go.

“I took a break last year for the European Championships because after Rio, it was a really tough year and I said I needed a break,” Mohnen said. “But the thing that motivated me most was that we have a World Championships at home. I saw how much impact that can have on a team. We saw that four years ago.”

Germany’s hopes for an historic World Championship gold were crushed by hosts Canada in the 2014 finals.

But Mohnen saw how the home crowd lifted the underdog team to the top of the podium, and she knew that Hamburg 2018 would be a once-in-a-lifetime opportunity to experience a similar – perhaps better – atmosphere.

“That’s a very good tournament to (be a part of) and maybe to have this as my last big tournament,” Mohnen said.

Unlike Toronto 2014 that only hosted the women’s competition, Hamburg 2018 is bringing all 16 men’s and 12 women’s teams to one city. The organising committee of the tournament has proved so popular that single-day tickets for finals and German games are running short two days before competition tips off on Thursday.

Germany have been a powerhouse in women’s wheelchair basketball, and Mohnen is a key reason why. She helped her team medal at the last three Paralympics and World Championships, including gold at London 2012. She was on the squad that won five European Championship titles that stretch back to 2005.

After Rio 2016, Germany went through a rebuilding phase with key players retiring from the national team.

Under a new coach in Martin Otto, Germany took their first major test since Rio at the 2017 Europeans in Tenerife, Spain, where they handed over the gold medal to long-time rivals Netherlands.

As Mohnen said earlier, she needed to step away in 2017 because of the demands of the sport. Getting back in was just as challenging.

“It gets more difficult every year to keep up with that (other nations having professional teams),” Mohnen said. “When we start playing teams like the Netherlands, you can tell they have been training four times a week. They are really fit, so when we start we have to get to them as close as possible.”

The 39 year old has juggled training, competing and traveling with a full-time job at the Ministry of Interior and Sport in Hessen.

“That is a big challenge,” Mohnen said. “And it gets more difficult because the older you get the more training you need to stay fit.”

But Mohnen’s knowledge of the game and opponents continues to prove valuable.

When Germany hosted London 2012 silver medallists Australia in a friendly tournament in early August in Cologne, the Australians’ full-court press came as a surprise to Germany who then went 12-0 down.

Mohnen was key in helping the team fight back, although they eventually lost by one point.

She knows other teams will do the same in Hamburg and also target her because they know of her scoring abilities.

Whether or not the 2018 Worlds will really be her last, Mohnen wants no regrets.

“Me personally I want to have a good last tournament because I felt in Rio I did not play as good as I wanted to, so whatever result we have, I just want to finish this and say OK I did the best I could,” she said.

“With the team it is difficult to say we want to win a medal. We want to grow together as a team and do the best we can. And if it’s not a medal but if we did well and played the best we can that is still good.”

Wheelchair Basketball
The 2018 wheelchair basketball Ones to Watch