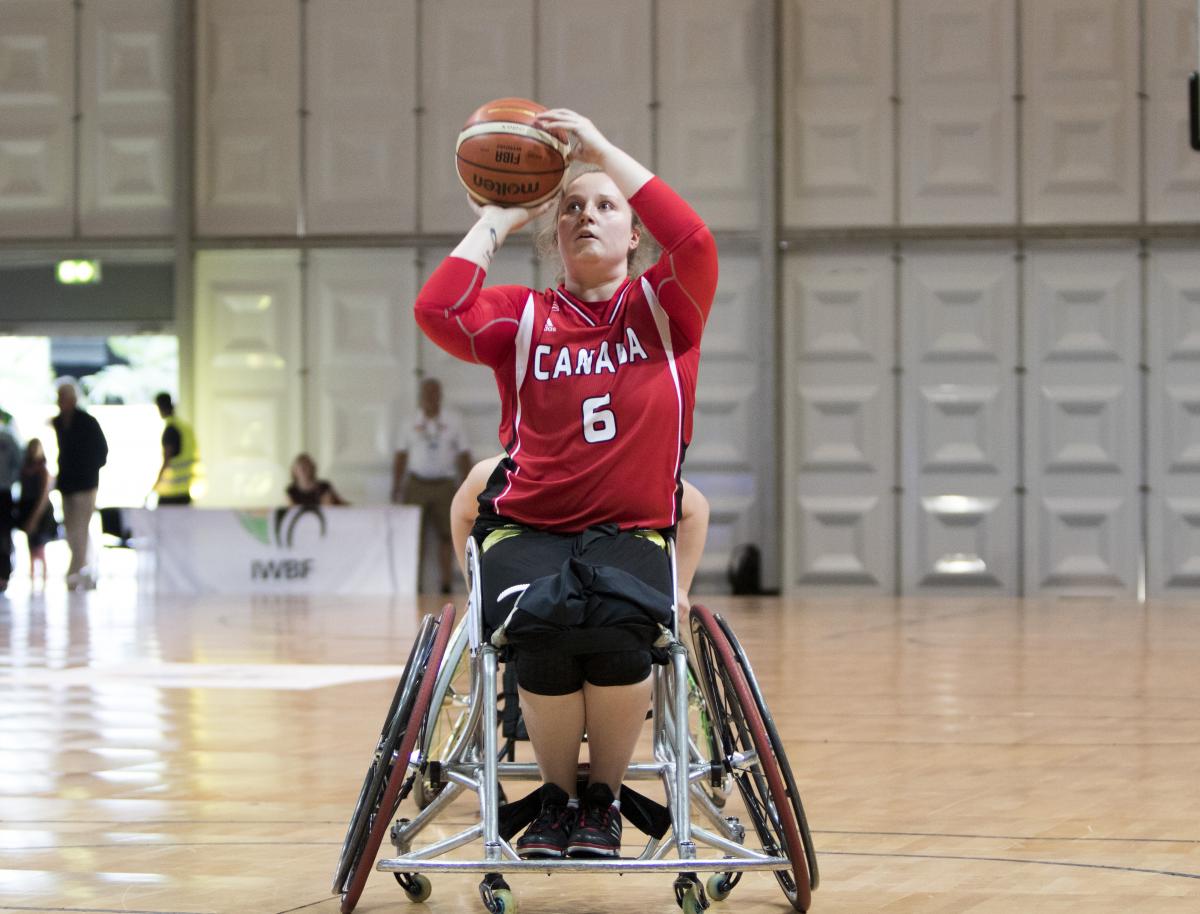 Young hit 31 points and grabbed 15 rebounds to help the Canadian women’s team secure the 82-74 win. A slow start from Australia allowed Canada to hold a five-point half time lead. Australia however turned up the defensive pressure and came back to take a four-point lead with 30 seconds left in regular time.

A couple of 3-pointers from Young and a free throw from Melanie Hawtin put the game into overtime, which gave the reigning world champions the chance to seal the victory.

“That will be one of the all-time favourite basketball games I will ever play in,” Young said. “I’ve never felt so confident in my teammates. And I just think that was such a good family win. All of us fully took part in that game and came together to pull it off.”

Germany women put on a solid performance as they overcame a young and inexperienced US team, 70-56, to continue their winning run and top pool B.

“We switched from a strong defense to a very good offense throughout the game,” German head coach Martin Otto said. “We want to win this group and look forward to our next match against China.”

Argentina and Algeria created history by making their debut on the Worlds stage, and it was the Latin American nation that celebrated their first appearance with a win, 65-40.

Great Britain continued their winning momentum by defeating Spain, 47-38. It was Spain who took the early lead which they held for much of the game but struggled to hold it for the last two quarters.

“It was one of those games where you just want to survive,” British head coach Miles Thompson said. “Spain played with lots of emotion and a lot of heart.”

Poland and South Korea battled to the last second, with the European nation enjoying their first victory in the tournament, 54-53.

South Korea came back from 14 points behind to make it a one-point game with 3.4 seconds to go. The Asian team had the last attempt at winning with a lay-up that did not fall into the basket.

“In the first half we dominated, but then lost our concentration,” Polish head coach and player Piotr Luszynski. “South Korea came into the game just before the end with two beautiful three-pointers, then we were nervous. Luckily, we ended the game well.”

The USA and Great Britain match-up was a back-and-forth thriller, with the British side taking an early eight point advantage that forced US head coach Ron Lykins to make changes. The new line-up proved to work and allowed his team to take the comeback victory, 66-59.

Iran put an early stamp on their game against Morocco from the start and ran away the 75-46 victory. Canada men remain undefeated in pool A to, after defeating host Germany, 78-61. The Netherlands came out on top against Spain, 74-60, for their first win in Hamburg.

The 2018 World Championships continue 20 August and run until 26 August. Complete results can be found on the International Wheelchair Basketball Federation’s website.