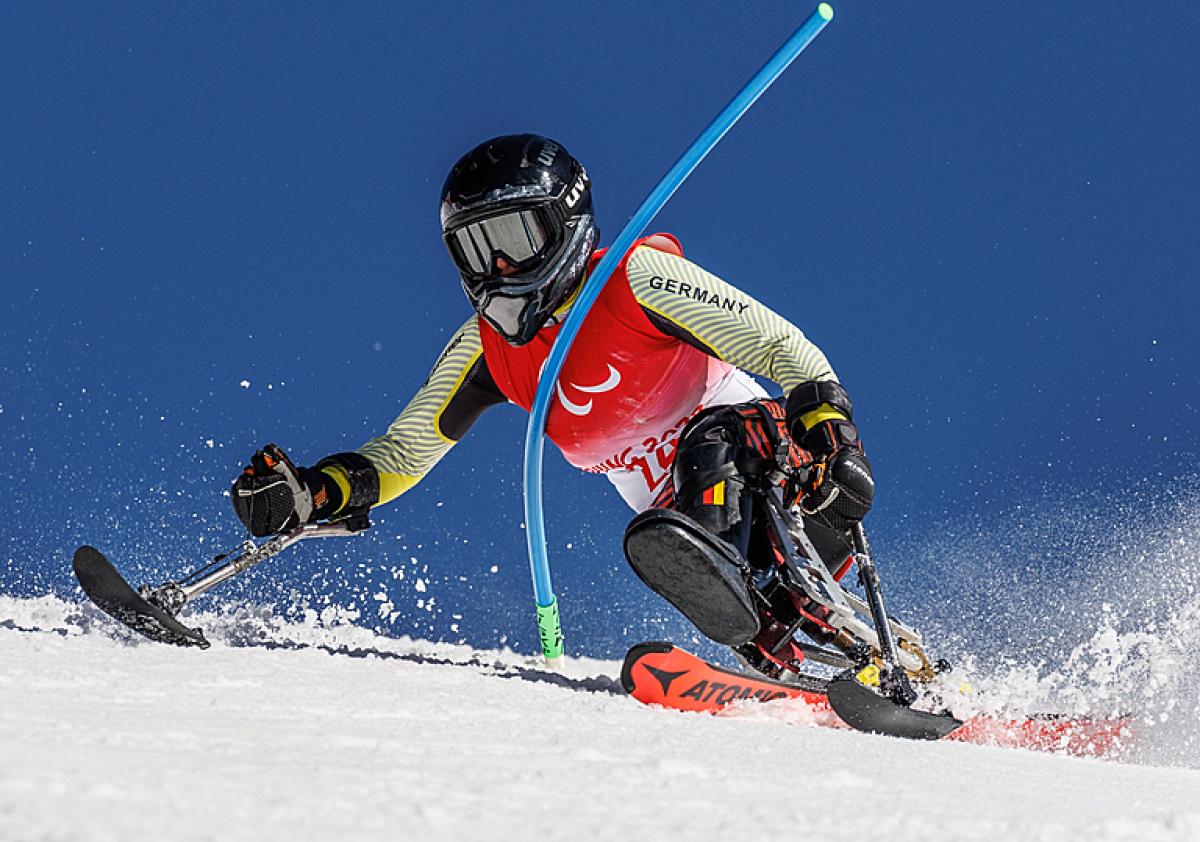 The competition was initially scheduled to Sunday and was brought forward one day due to the weather conditions in Yanqing.

Here are the ones to watch in the vision impaired, standing and sitting races.

One day after putting three sisters on the podium in the women's giant slalom the Aigner family is among the favourites again in the slalom.

Veronika Aigner took the gold guided by her sister Elisabeth. She missed the World Championships in January due to injury. Barbara Aigner took the bronze in the giant slalom with China's Daqing Zhu between them with silver.

Paralympic defending champion Menna Fitzpatrick will be aiming for her first gold at Beijing 2022. The British skier also won the slalom VI title at the Lillehammer 2021 World Championships in January.

She was the silver medallist at PyeongChang 2018 and will be hoping for a comeback in Yanqing after she did not finish the giant slalom on Friday. She already picked two gold medals in Beijing in the downhill and super-combined.

Already a Para alpine skiing legend at the age of 28, France's Marie Bochet will defend the title won in slalom four years ago in South Korea.

She is an eight-time Paralympic champion, winning four titles each at the Sochi 2014 and PyeongChang 2018 Paralympic Winter Games. But she is yet to pick a gold medal at Beijing 2022 and the slalom will be her last chance.

A three-time world champion in slalom, Bochet did not compete in the event at Lillehammer 2021 due to a shoulder injury.

Sweden's Ebba Aarsjoe took gold in Lillehammer only a few days after recovering from COVID-19. The 21-year-old proved already has a gold at Beijing 2022 in the super-combined standing event, in which her slalom race made the difference.

China's Mengqiu Zhang is the only standing skier who have been to the podium in all four events so far (gold in the super-G and giant slalom, silver in downhill and super-combined).

Canada's Michaela Gosselin won bronze in Lillehammer and is still in search for a first podium in her Paralympic debut. Her compatriots Mollie Jepsen and Alana Ramsay have picked two medals each in China and will be keen to take one more in their final event.

Germany's Anna-Lena Forster has become the name to beat in the women's sitting slalom event in the last couple of years. The 26-year-old is a two-time world champion from from Kranjska Gora & Sella Nevea 2019 and Lillehammer 2021.

She is also the defending Paralympic slalom champion and already picked a gold and two silver medals at Beijing 2022.

USA’s Laurie Stephens won bronze at the Lillehammer Worlds and will hope for a podium finish once again at Beijing 2022.

PyeongChang 2018 silver medallist Momoka Muraoka of Japan did not not participate in Lillehammer, but has been on fire in China with three golds and one silver in four events.

China's Sitong Liu and Wenjing Zhang will be hoping to add a gold medal to their impressive Paralympic debut. Liu has already collected a silver and two bronze, while Zhang has two bronze so far. 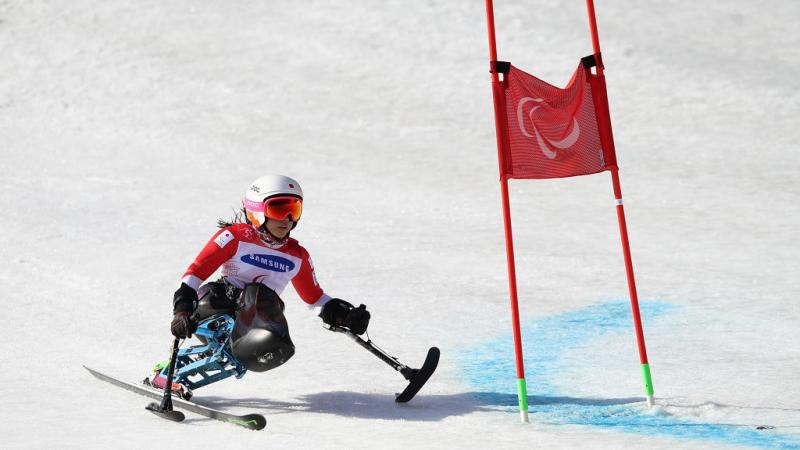 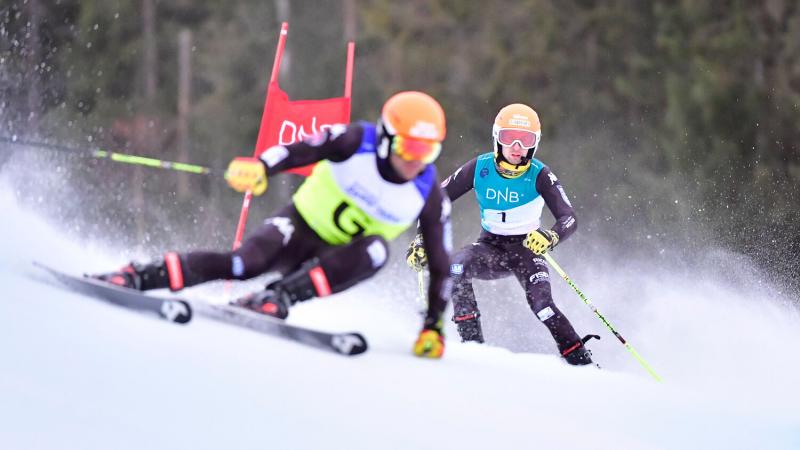 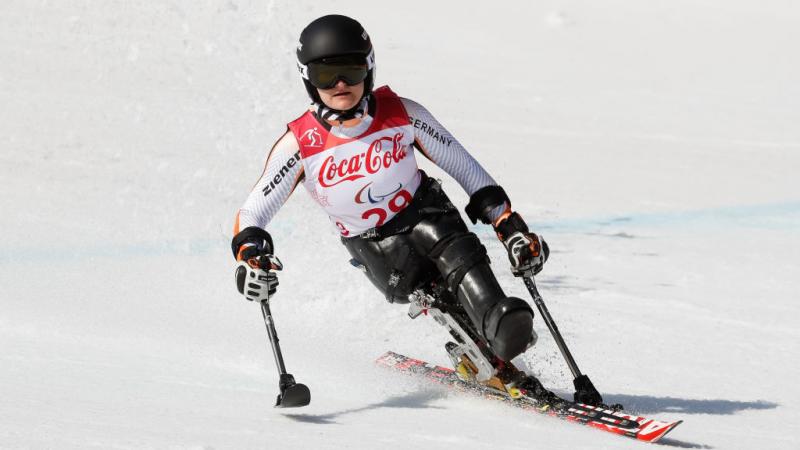 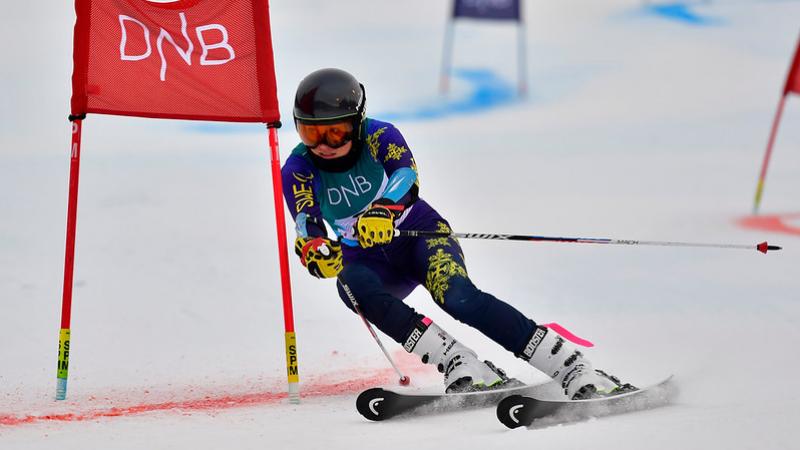 Beijing 2022
Aarsjoe handling the pressure ahead of Paralympics bow