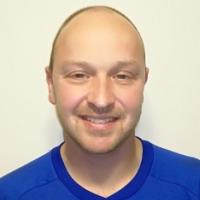 When and where did you begin this sport?
He took up wheelchair basketball and sit skiing in 1995, and switched to Para ice hockey the following year.
Why this sport?
"I tried several different sports, but I fell in love with Para ice hockey."
Club / Team
FIFH Malmo: Sweden
Name of coach
Erik Vikstrom [national], SWE
Preferred position / style / stance / technique
Defence

He was named in the All-Star team at the 2004 World Championships in Ornskoldsvik, Sweden. (Athlete, 30 Jun 2016)
Other sports
He held the Swedish 5000m record in wheelchair racing. (Athlete, 30 Jun 2016)
Impairment
He was diagnosed with leukaemia at age 10. His left leg was amputated at age 18 as a result of the illness. (expressen.se, 09 Mar 2018; Athlete, 30 Jun 2016; handikappidrott.se, 2010)
Other information
OCCUPATION
He and his brother Patrik run a farming business called Angagarden Agriculture in Bara, Sweden. They grow grains and oilseeds, and have around 350 cows for milking. (skd.se, 06 Dec 2016)