Germany’s charismatic thrower Niko Kappel only stepped up to senior international competition in 2015 – but within two years he was a Paralympic and world champion.

Kappel, who competes in the F41 class for athletes of short stature, won shot put silver on his World Championship debut at Doha 2015 with a personal best of 12.85m.

Less than a year later he had improved on that mark significantly, throwing 13.57m to take his first Paralympic title in Rio de Janeiro.

It was a nail-biting competition, with Kappel sitting in second place for four of his six attempts. In the end just one centimetre separated the German from Poland’s Bartosz Tyskowski, who had beaten Kappel to the world title in 2015.

Kappel received Germany’s national Silberne Lorbeerblatt award (Silver Laurel Leaf) in recognition of his performance at the Games; he was also presented with the 2016 Para Athlete of the Year Award by the National Paralympic Committee of Germany.

At the London 2017 World Championships Kappel clinched his first world title with a new best of 13.81m. 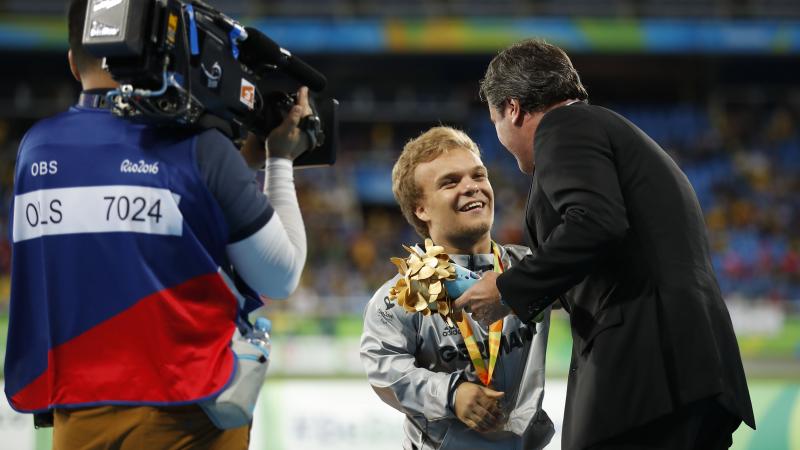 When and where did you begin this sport?
He took up the sport in 2008 in Welzheim, Germany.
Why this sport?
He was inspired by German Para athlete Mathias Mester, who won a silver medal at the 2008 Paralympic Games in Beijing. "I tried a lot of different sports and found that athletics is what I like the most."
Club / Team
VfB Stuttgart: Germany
Name of coach
Peter Salzer; Damien Zaid

He received the Silver Laurel Leaf in recognition of his performance at the 2016 Paralympic Games in Rio de Janeiro. (swr.de, 29 Dec 2016)

OTHER ACTIVITIES
He has served as a member of the municipal council of Welzheim, Germany. (zvw.de, 29 Jul 2017)