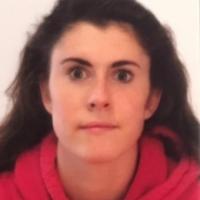 When and where did you begin this sport?
She began training with the junior group of the City of Portsmouth Athletics Club in England at age 12, and was classified as a T38 athlete in 2012.
Why this sport?
She wanted to do the same things as her twin brother while growing up. Her mother Helen said that a Talent Introduction Day proved to be a major turning point in Olivia's life. "She was reluctant to view herself as disabled and in any way different from her friends. That day at Lee Valley made her appreciate that having cerebral palsy was part of her, and she has seen her disability as a positive element of her personality."
Club / Team
City of Portsmouth Athletics Club: England
Name of coach
Aston Moore [personal], GBR, from 2016
Training Regime
She trains in Loughborough, England.

Nicknames
Livvy (Facebook profile, 21 Feb 2021)
Most influential person in career
Her parents. (hants.gov.uk, 14 Mar 2013)
Hero / Idol
Jamaican sprinter Usain Bolt. (hants.gov.uk, 14 Mar 2013)
Injuries
She developed tendinitis in her right knee in 2018. She underwent rehabilitation through the European winter of that year, and returned to full fitness for the 2019 season. (skysports.com, 04 May 2019)

She was named Junior Disability Sportsperson for Athletics at the 2013 Hampshire and Isle of Wight Sports Awards in England. (portsmouthathletic.co.uk, 21 Apr 2013)
Famous relatives
Her twin brother Dan has trained at the City of Portsmouth Athletics Club in England. Her partner Tejiri Ajuchi has played rugby union for the London Irish Amateur club in England. (portsmouthathletic.co.uk, 26 Feb 2013; Facebook profile, 21 Feb 2021; Tejiri Ajuchi Instagram profile, 02 Dec 2020; Oghenetejiri Ajuchi YouTube channel, 14 Mar 2019)
Ambitions
To compete at the 2020 Paralympic Games in Tokyo. (bbc.com, 09 Nov 2019)
Impairment
She was born with a meningitis-type illness. The condition resulted in cerebral palsy, a hearing impairment and learning difficulties. Her cerebral palsy affects her balance and coordination, and causes her to make involuntary movements. (dvlcc.org.uk, 01 Jan 2018; skysports.com, 20 Mar 2014)
Other information
COVID-19 IMPACT
During the COVID-19 pandemic in 2020 she expressed how as someone with a hearing impairment, it was particularly difficult to understand people wearing face masks. "It is really hard. I lip-read a lot and I watch people's mouths. So when people have masks on I can't lip-read and they have it right over their nose. So when I say to people, 'I'm deaf' and show them my hearing aids, I have to say to them, 'Please can you stand back and take off your mask' because it's impossible. I'm dreading when I go to London [England] or something, getting on public transport. If there is a problem on the train, it is going to be hard. I just want to get awareness out there as much as possible and show people how hard it is going to be for deaf people." (skysports.com, 30 Jul 2020)

INJURY FRUSTRATION
Despite finishing on the podium at the 2018 Commonwealth Games in Gold Coast, QLD, Australia, and the 2018 European Championships in Berlin, Germany, she had a frustrating year due to injuries. She developed tendinitis in her right knee shortly before the Commonwealth Games and was affected by colitis [inflammation of the colon] later in the year. "Time will tell whether this [her colitis] is an ongoing problem but hopefully we will be able to control it. It has definitely been something of an issue [in 2018]." (skysports.com, 09 Oct 2018)

CHANGING COACH
She placed seventh in the 100m and 12th in the long jump at the 2016 Paralympic Games in Rio de Janeiro, and was then told shortly before the relay was due to start that she was not going to be part of the team. Following the Games she decided to move to Loughborough, England, to work with coach Aston Moore, and went on to win gold in the T38 long jump at the 2017 World Championships in London, England. "I met [Aston] in Rio. We just got on. My coach before was great but I knew I just needed to move up to the next level and the next step. I knew if I was to become a better athlete, I had to change something. I just thought, 'This coach knows me a bit' so let's build a relationship, let's see if he'll have me and he took me on. It was the best thing ever and I'm so thankful to have him as a coach." (sportspielonline.com, 09 Aug 2020)