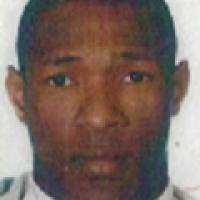 When and where did you begin this sport?
He began playing baseball and rugby at a young age in Cuba. He took up Para athletics in 2013 in Bergamo, Italy.
Why this sport?
Sport helped him to find a balance in everyday life following the loss of his vision. He originally played torball and goalball, but moved on to athletics because it was the sport he was most passionate about.
Club / Team
ASD Omero Runners Bergamo [ITA] / GS Fiamme Azzurre [ITA]:
Training Regime
He trains from six to nine hours per day.

Nicknames
Guerriero [Warrior] (grosseto2016.it, 07 Mar 2016)
Most influential person in career
Coach Guido Sgherzi. (bergamonews.it, 23 Sep 2016)
Hero / Idol
His daughters. (NPC, 15 Oct 2015)
Injuries
He was forced to withdraw from the 2019 World Championships in Dubai, United Arab Emirates, due to an adductor muscle [hip] injury. (ilfaroonline.it, 16 Oct 2019)
Sporting philosophy / motto
"For me defeats are like an antechamber of victories, the input to look inward and start again." (avvenire.it, 28 Dec 2018)
Other sports
He played goalball and torball at national level in Italy before taking up Para athletics. Prior to his impairment he played professional baseball in Cuba. (avvenire.it, 28 Dec 2018; myinfo.rio2016.com, 07 Sep 2016)
Ambitions
To win a gold medal at the 2020 Paralympic Games in Tokyo. (avvenire.it, 28 Dec 2018; bergamonews.it, 23 Sep 2016)
Impairment
His vision impairment is the result of a work accident in 2011. He was working as an arborist, when a falling branch hit him in the face and eyes. (bergamo.corriere.it, 31 May 2014)
Other information
FROM CUBA TO ITALY
Born in Havana, he was a professional baseball player in Cuba prior to losing his sight. He first went to Italy in 2002 to play as a pitcher, and in 2003 he was granted Italian citizenship. Following his accident in 2011 he began playing goalball and torball for Omero Bergamo, winning an Italian championship and receiving a call-up to the Italian national team. In October 2013 he took up the discus. "I tried it just by chance and immediately broke the Italian record." (avvenire.it, 28 Dec 2018; Comitato Italiano Paralimpico YouTube channel, 17 Mar 2016; abilitychannel.it, 01 Mar 2016; bergamo.corriere.it, 31 May 2014; bergamo.netweek.it, 27 Sep 2013)

CHILDHOOD
He grew up in a challenging part of Havana, Cuba. "My childhood in Havana was not easy. I grew up in a neighbourhood where you had to deal with the underworld and practising sports was necessary to defend yourself, so I started with boxing. I come from a large family and from an early age we had to work. But I can only say thanks to my parents, because in that difficult context they managed to bring us up as honest people without ever giving in to violence. We were among the few in that neighbourhood who did not see prison bars." (avvenire.it, 28 Dec 2018)

PARALYMPIC AMBASSADOR
He has served as an ambassador for the Italian Paralympic Committee [CIP], travelling around Italy to share his experiences. "Being able to share my experience with people is a beautiful thing, because when you have an accident you can either put yourself down, or turn it into an opportunity for yourself and become a stimulus for others. In this role I share the experience of the world of Paralympic sport, trying to educate people. Anyone can become impaired at any time, can have an accident that changes their life and the lives of those around them. At that juncture we must be prepared, we must anticipate and face what life has in store for us with awareness." (comitatoparalimpico.it, 12 Mar 2021)

OTHER ACTIVITIES
In 2017 he won the Italian version of the competition television show 'Dancing with the Stars'. "I did not know it was so hard. The difficulty was more mental than physical. Learning all these routines [and] I needed to continue with my training. But it helped me because I had a goal. I was there to reach the end. The important thing is not to participate but to win. It was a great opportunity to tell everyone that people with impairments never give up and to make the Paralympic world better known." (iodonna.it, 17 Mar 2018; Tv2000it YouTube channel, 17 Dec 2017)