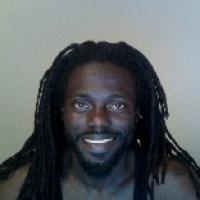 When and where did you begin this sport?
He took up Para athletics at age 10 in Orlando, FL, United States of America.
Why this sport?
He was told it would be impossible for him to run and he wanted to prove that he could.
Name of coach
Tony McCall
Training Regime
He trains on the track with coach Tony McCall up to four days a week.

Nicknames
Legz (dailytribune.com, 18 Feb 2013)
Hobbies
Music. (Facebook profile, 26 Jul 2021)
Most influential person in career
Coaches Tony McCall and Jim Beach. (Athlete, 25 Oct 2015; ocalamagazine.com, 11 May 2020)
Hero / Idol
US basketball player Michael Jordan. (Athlete, 25 Oct 2015)
Sporting philosophy / motto
"Never give up, train hard, win big." (Athlete, 25 Oct 2015)
Ambitions
To compete at the 2020 Paralympic Games in Tokyo. (Facebook profile, 05 Aug 2021)
Impairment
He was born with a congenital anomaly in his legs which prevented his tibia and fibula from developing properly. He had both legs amputated at age two, a procedure his mother insisted was done early so that Woods would not remember it. (ocala.com, 29 Jun 2012)
Other information
STUNTMAN
He has made appearances at many extreme stunt shows as an all-terrain vehicle [ATV] stuntman. (neversayneverfoundation.org, 20 Nov 2012; regaswoods.com, 05 Jul 2011)

OTHER ACTIVITIES
He and fellow US Para athlete Nick Stilwell co-founded Never Say Never, a foundation which aims to improve the lives of young people with impairments through sport. He has previously worked in the prosthetic profession for 15 years, but stepped away in 2015 to focus on his athletics career. (neversayneverfoundation.org, 25 Feb 2020; ocala.com, 29 Jun 2012; poacfl.com, 04 Apr 2016; eu.ocala.com, 25 May 2021)

BROKEN BLADES
While competing in the T61 200m at the 2019 Grand Prix event in Grosseto, Italy, his prosthetic running blade broke after 50 metres. Rather than stop, he got back up and hopped the remaining 150 metres to the finish line to a standing ovation from the crowd. He did not receive an official result for the event, but said he wanted to finish. "I just remember looking back and seeing the blade and thinking, 'I never give up, you can never give up', and that's what I always say, so I knew I had to finish." At the US trials for the 2016 Paralympic Games in Rio de Janeiro, he also broke both his blades during his long jump event. He borrowed a competitor's prosthetic and recorded a qualifying standard for the Games. "I made the team on another man's foot. Who can say that they've borrowed another man's foot and made the team?" (runnersworld.com, 15 Jun 2019; ocalamagazine.com, 11 May 2020)