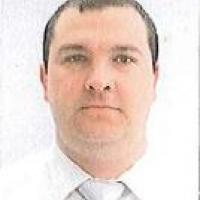 When and where did you begin this sport?
He took up athletics at age 13 at Vista Nova Primary School in Rondebosch, South Africa.
Why this sport?
As his talent emerged, he gradually fell in love with the sport. "It was just one of those days where we had to attend our physical training, and my occupational therapist said I must pick up discus, shot put, or javelin. So I picked up the discus. I threw it in the school grounds and then they realised that I had talent for the sport. The challenge to improve my own personal bests is what drives me to continually compete."

He underwent knee surgery in late 2016. He returned to competition in April 2017, but was still affected by the injury. (sascoc.co.za, 04 Apr 2017)
Superstitions / Rituals / Beliefs
He listens to electronic dance music before competing. (theperformancekitchen.co.uk, 10 Dec 2017)
Sporting philosophy / motto
"See the ability in every disability." (Athlete, 22 Oct 2015)
Awards and honours
He was named the 2019 Sportsman of the Year at the Cape Winelands Sport Awards in South Africa. (Facebook page, 06 Sep 2019)

He was named the 2013 Newcomer of the Year by the Maties ParaSport Club in Stellenbosch, South Africa. (Facebook page, 22 Sep 2014)
Impairment
He was diagnosed with cerebral palsy at age five. He then underwent an operation to lengthen the tendon in his right leg, and wore a prosthetic until age 12 to keep his foot in position and ensure the muscle and the tendon grew correctly. (Facebook page, 22 Sep 2014; sagoodnews.co.za, 07 May 2013)
Other information
PHOTOGRAPHY
He is a professional sports photographer, and in 2017 he was nominated for the Photographer of the Year award at the South African Sports Awards. He focuses mainly on Para sport. "It's such a nice escape from competing and having to constantly focus on your event. I can see the Paralympic movement through a different perspective." (Facebook page, 05 Apr 2020; paralympic.org, 05 Apr 2018)

RETIREMENT AND RETURN
In 2009 he quit the sport following the disappointment of failing to qualify for the 2008 Paralympic Games in Beijing. He returned to competition in March 2013. (peoplespost.co.za, 21 May 2013)

RIO DEDICATION
He dedicated his gold medal at the 2016 Paralympic Games in Rio de Janeiro to his father, who died in March 2016. "Sitting with a bad knee, I was contemplating whether to actually stop halfway through [the javelin event], but the thought of my dad screaming in my head, that is something that kept me going. Everything is for him. This is in his honour." (sport24.co.za, 16 Sep 2016)

OTHER ACTIVITIES
He has served as athlete representative and media officer at the South African Sports Association for Physically Disabled [SASAPD]. (sasapd.org.za, 24 Mar 2019; sasapd.org.za, 01 Jan 2019)