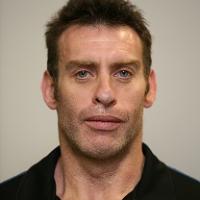 When and where did you begin this sport?
He took up para-athletics in 2002.
Why this sport?
Australian wheelchair racer Louise Sauvage encouraged him to take up the sport, and he felt he had the right physical shape to compete.

Hero / Idol
Australian cricketer Steve Waugh. (paralympic.org.au, 19 Sep 2011)
Injuries
He was involved in a crash while training in Switzerland prior to the 2012 Paralympic Games London. The accident resulted in him requiring plastic surgery and several stitches in his face, which limited his preparation for the Games. (theinclusionclub.com, 01 Mar 2013)
Other sports
He has competed internationally in powerlifting, winning a silver medal at the 2000 Paralympic Games in Sydney. (paralympic.org.au, 06 Jan 2010)
Impairment
At age four he lost the use of his legs through illness. (idpwd.com.au, 04 Aug 2011)
Other information
OTHER ACTIVITIES
In 2016 he was named as an athlete in residence for the University of Canberra in Australia. He also serves as an ambassador for the International Day of Disability, and is a member of the Athletics ACT Board and the ACT Inclusion Council. (canberratimes.com.au, 10 Feb 2016; athleticsact.org.au, 05 Oct 2016)