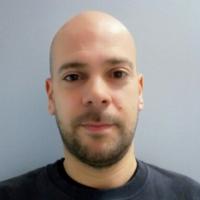 When and where did you begin this sport?
He began snowboarding in 2003, and took up Para snowboard in 2011 in Fanano, Italy.
Why this sport?
"After my accident, the sliding feeling I had with the board on fresh snow really excited me."
Club / Team
Sci Club Paralimpic Fanano: Italy

Nicknames
Saku (gazzettadimodena.gelocal.it, 18 Mar 2013)
Hobbies
Listening to rap music, art, design. (comitatoparalimpico.it, 01 Mar 2018)
Memorable sporting achievement
Winning silver in SB-UL snowboard cross at the 2015 European Championships in La Molina, Spain, and placing third in SB-UL snowboard cross at the World Cup event in Big White, BC, Canada, in January 2015. (Athlete, 10 Mar 2018)
Most influential person in career
His friend Andrea Molinari. (Athlete, 10 Mar 2018)
Hero / Idol
Dutch footballer Marco van Basten. (Athlete, 10 Mar 2018)
Injuries
In January 2018 he fractured his right collarbone which obliged him to undergo reconstruction surgery with a plaque and four screws. The injury prevented him from competing in the SB-UL snowboard cross at the 2018 Paralympic Winter Games in Pyeongchang. However, he could did compete in the SB-UL banked slalom at the Games a few days later. (cipemiliaromagna.it, 12 Mar 2018; sportmediaset.mediaset.it, 07 Mar 2018)
Superstitions / Rituals / Beliefs
He listens to rock music to pump him up before a race. He also sets his goggles several times and looks for the perfect fit of the pad on his face. (cipemiliaromagna.it, 12 Mar 2018)
Sporting philosophy / motto
"Live and let live." (cipemiliaromagna.it, 12 Mar 2018)
Impairment
His left arm is paralysed as the result of a brachial plexus injury sustained in a motorcycle crash. (iragazzidelplesso.it, 07 Dec 2013; Athlete, 10 Mar 2018)