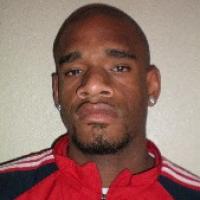 When and where did you begin this sport?
He first joined the US national sitting volleyball team in 2005.
Name of coach
Greg Walker [national]
Preferred position / style / stance / technique
Middle blocker

Nicknames
Rod (newsok.com, 20 Jul 2009)
Awards and honours
He was named the 2016 Male Sitting Player of the Year by USA Volleyball. (teamusa.org, 21 Dec 2016)
Other sports
He competed in Para athletics at the 2000 and 2004 Paralympic Games. He won silver in the T44 200m, and bronze in the T44 400m and T44 long jump at the 2000 Games in Sydney. He also played basketball for Oklahoma Christian University in Edmond, OK, United States of America. (paralympic.org, 2016; miamiherald.com, 19 Jun 2010)
Famous relatives
His wife Katrin Green represented Germany in Para athletics at the Paralympic Games. She won gold in T44 200m at the 2008 Games in Beijing, and claimed bronze in the same event at the 2012 Games in London. His brother Keith Earl competed as a boxer between 1982 and 1989. (paralympic.org, 2016; teamusa.org, 01 Oct 2016)
Impairment
He was born without a fibula bone in his right leg, which resulted in the limb being amputated below the knee when he was age two. (miamiherald.com, 19 Jun 2010; teamusa.org, 01 Oct 2016)
Other information
SANCTION
In March 2017 he was suspended from competition for nine months after he tested positive for the banned substance ostarine at an out-of-competition test. His suspension began on 15 November 2016, the date that he provided the positive sample. (usada.org, 14 Mar 2017)

OLYMPIC COUPLE
He met his wife Katrin while the two were warming up in the same lane while competing in Para athletics at the 2004 Paralympic Games in Athens. (teamusa.org, 01 Oct 2016; newsok.com, 20 Jul 2009)

COACHING
He served as a personal athletics coach for German Para long jumper Vanessa Low from 2013 to 2016. Low, a former national teammate of Green's wife Katrin, moved from Germany to Oklahoma City, OK, United States of America, to be a part of Green's training group. Under his guidance Low won gold in the T42 long jump and 100m at the 2015 World Championships in Doha, Qatar. Low said: "He was the very first person to ever believe in my abilities to win medals, so who else could train me to win medals?" (paralympic.org, 03 Apr 2016; 11 May 2015)

OTHER ACTIVITIES
He founded a non-profit organisation that raises money to cover the cost of medical care for people who have undergone amputations. (teamusa.org, 2016)