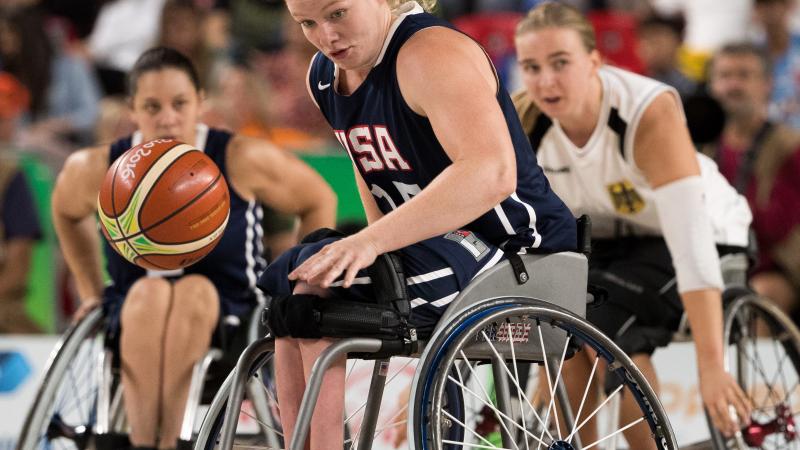 Rose Hollermann was the youngest player on the US women’s team that won gold at the Rio 2016 Paralympic Games. Now she is considered a veteran on a new-look US squad seeking to return to the top after a sixth-place finish at the 2018 World Championships in Hamburg, Germany.

They will rely heavily on Hollermann, a 3.5-player who clocked significant minutes at Rio 2016. She recorded a double-double in three games, including the gold-medal victory over Germany.

Hollermann harnessed her potential at a young age. She began playing at seven years old and was part of the US junior national team that won the 2011 Under-25 World Championships and 2010 U20 Worlds.

At the Toronto 2015 Parapan American Games, she was the leading scorer with 37 points in the gold medal game against Canada. Under pressure, she scored four free throw points with under a minute left to help her team seal the victory 80-72.

Hollermann competed on the US team at London 2012 at just 16 years old, experiencing the heartbreak of just missing the podium. But gold in Rio rectified those feelings.

Hollermann, her mum and three brothers were involved in a car accident that left her partly paralysed from the waist down and took the lives of two of her brothers. During her rehab, she was introduced to various Para sports, but wheelchair basketball was the sport that stuck.