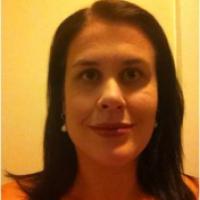 When and where did you begin this sport?
She took up Para athletics when she attended a Wheelchair Sports New South Wales 'Come and Try' day in 2003 and then began competing in wheelchair racing. She went on to compete in wheelchair racing at the 2012 and 2016 Paralympic Games, before switching to shot put in 2018.
Why this sport?
After she competed in wheelchair racing at the 2016 Paralympic Games in Rio de Janeiro, she switched to shot put when doctors diagnosed her with a rare spinal tumour and her wheelchair classification was changed.
Club / Team
Hills District Athletics Club: Castle Hill, ACT, AUS
Name of coach
Karyne Di Marco; Breanne Clement

Memorable sporting achievement
Winning gold in shot put at the 2019 Arafura Games in Darwin, NT, Australia. (arafuragames.nt.gov.au, 29 Apr 2019)
Other sports
She has represented Australia in handcycling at international level and competed in Para rowing at national level. (paralympic.org.au, 01 Jan 2016; rowingaustralia.com.au, 01 Jan 2015)
Ambitions
To compete at the 2020 Paralympic Games in Tokyo. (Instagram profile, 05 Jun 2021)
Impairment
At age 12 she contracted a form of the brain virus autoimmune encephalitis, which resulted in spontaneous quadriplegia and uncontrollable muscle contractures. She had to relearn all of her skills and has no memory of her life from age 12 to 18. (paralympic.org.au, 01 Jan 2016)
Other information
FROM WHEELCHAIR RACING TO SHOT PUT
After suffering from bouts of pneumonia that affected her performances at the 2015 World Championships in Doha, Qatar and the 2016 Paralympic Games in Rio de Janeiro, she was admitted to hospital, where doctors discovered a rare spinal tumour. "I spent a year in hospital and rehab and couldn't even feed myself for the first eight months. I was either going to die or be on a ventilator for the rest of my life. I knew there was something wrong before and during Rio. I had quite a bad start in the 100m and wasn't performing that well." After her time in hospital her classification code was changed and she decided to switch from competing in wheelchair racing to shot put. "I'm tall, 6ft 2in, so I'm good at a lot of sports. I'm also a firm believer in perseverance. My doctors say, if I wasn't so stubborn, I wouldn't be here. The doctors' predictions for most of my life haven't been very positive but I've surpassed all their expectations and mine." (arafuragames.nt.gov.au, 29 Apr 2019)

HIATUS
Following her failure to qualify for the 2004 Paralympic Games in Athens and a bout of illness, she took a hiatus from the sport and did not return to it until the end of 2011. (paralympic.org.au, 01 Jan 2017)