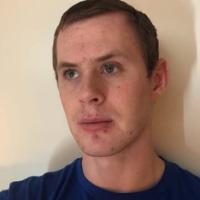 When and where did you begin this sport?
He began the sport in middle school.
Why this sport?
He comes from a family of swimmers, and his mother suggested that he take up the sport. "My mum swam, my aunt Susie swam, my cousin swam. So, I come from a family of swimmers. Water is like my comfort zone. Whether it be a pool, a storm, the ocean, or a hurricane. I just love it all. I get to go in the water and just zone out and forget all of my problems and go out and daydream."
Training Regime
He lives and trains as a resident swimmer of the US Paralympic programme at the US Olympic Training Center in Colorado Springs, CO, United States of America.

Hobbies
Video games, technology, extreme sports, philosophy, motivational speaking, animals, playing the piano, drums and guitar, spending time with his guide dog Dixie. (Facebook page, 06 Apr 2019; Ross Minor Youtube channel, 06 Apr 2019; eurogamer.net, 20 Feb 2019)
Hero / Idol
US Para swimmer Brad Snyder. (reddit.com, 01 Feb 2019)
Sporting philosophy / motto
He has a Braille tattoo on his forearm that says 'It takes pain to grow'. "While it may be a controversial saying for some, it resonates deeply with me. I didn't master Pokemon in one day. I didn't join the Paralympics because I thought it would be fun. I didn't just magically walk out of the hospital all sunshine and rainbows. I had to go through physical therapy. I spent years memorising Pokemon and Mortal Kombat. Everything I've accomplished has been through blood, sweat and tears. But through all of that, it's what made me the man I am today. Things are going to be hard before they get easy. Throughout the journey, however, it's the challenges that shape you into the best person you can be." (eurogamer.net, 20 Feb 2019)
Ambitions
To compete at the 2020 Paralympic Games in Tokyo. (Facebook page, 06 Apr 2019)
Impairment
He was shot in the head in an act of domestic violence at age eight. As a result, he was left with no vision in his right eye and had to have his left eye removed. "I am 100% blind, I cannot see at all." (variety.com, 25 Jun 2018; Ross Minor Youtube channel, 06 Apr 2019; news4jax.com, 05 Jan 2018)
Other information
OVERCOMING TRAGEDY
At age eight, he and his older brother Ryan were the victims of violence at the hands of their father. His brother and father died in the incident. "When I was eight years old, my father came into my room while I was sleeping and shot me in the head. Then [he] went into my brother's room and shot him in the head, and then committed suicide. I was left blind and without any smell. Since then I've learned a lot from being blind and want to share my story with the entire world. The possibility of me not achieving things wasn't even there because of my childlike optimism. After I went blind, there were a lot of things that me, my family, my friends, thought I couldn't do, and I've shown them continuously that I can." (firstcoastnews.com, 11 Dec 2017; Ross Minor Youtube channel, 06 Apr 2019)

BLIND YOUTUBER
He was passionate about video games before losing his sight at age eight, and was determined to play again. With some initial help from family, he taught himself to play his favourite games by paying attention to audio clues and vibrations through the controller. He posts videos on his Youtube channel to help other visually impaired people get into gaming as well as other activities. "I've been a gamer my entire life really. Before I went blind, I would play games like Pokemon and Smash Bros. Pokemon has always provided something special to me because it was something familiar to me after I went blind. Once I realised I could play Pokemon, I began to enjoy the challenge. Video games have given me a goal to reach. In my teen years, I was fortunate to be able to create a YouTube channel and be able to share how I play video games blind. It's given me so many opportunities to meet new people. There's a handful of blind gamers like myself who create videos on YouTube in the hope of teaching other blind people how to play, as well as to show sighted people an alternative to the gaming world. I've since branched out from gaming content to create videos on how I do all sorts of things blind, but my roots are still in gaming." (eurogamer.net, 20 Feb 2019; Ross Minor Youtube channel, 06 Apr 2019)