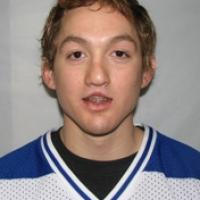 When and where did you begin this sport?
He began swimming at age six, and took up athletics at age seven.
Name of coach
Nathan Manley [national]
Training Regime
He trains five days a week. He has a morning session and an afternoon session three days a week, and does pool training in the morning followed by gym work and rest and recovery on the other two days.

Hobbies
Hip-hop music, skateboarding. (teamusa.org, 25 Sep 2016)
Memorable sporting achievement
Winning gold in the SM7 200m individual medley at the 2004 Paralympic Games in Athens. (triathloninspires.com, 02 Sep 2014)
Hero / Idol
US actor Robin Williams. (triathlonmagazine.ca, 15 Aug 2014)
Sporting philosophy / motto
"A brave heart is a powerful weapon." (rudygt.com, 16 Nov 2014)
Awards and honours
In 2003 he was named one of Teen People Magazine's '20 Teens Who Will Change The World'. (US Paralympics, 03 Mar 2010)
Other sports
He represented the United States of America in athletics at the 2012 Paralympic Games in London, competing in the T42 100m and T42 200m. He has also participated in Ironman competitions at national level. (SportsDeskOnline, 01 Jun 2017; rudygt.com, 16 Nov 2014)
Ambitions
To compete at the 2020 Paralympic Games in Tokyo. (quaticsintl.com, 20 Jan 2016)
Impairment
He was born with pterygium syndrome. The condition resulted in, among other things, a clubbed foot and the inability to straighten his legs. After numerous operations, both his legs were amputated above the knee at age five. (US Paralympics, 03 Mar 2010)
Other information
NATIONAL FIRSTS
He became the first US athlete with a double above-the-knee amputation to complete a full Ironman in 2009, when he finished a race in Tempe, AZ, United States of America. In 1999 at age 10 he became the youngest person with a bilateral amputation to complete a triathlon unassisted. (ossur.com, 02 Jul 2014; US Paralympics, 03 Mar 2010)

LEADER
He was co-captain of the US swim team at the 2016 Paralympic Games in Rio de Janeiro. (swimmingworldmagazine.com, 27 Aug 2016)

OTHER ACTIVITES
He has served as a spokesperson for the Challenged Athletes Foundation in the United States of America. He has also featured in a documentary called 'Challenge Roth', which followed the sporting lives of six athletes, as well as appearing on The Oprah Winfrey Show, CNN and in Sports Illustrated. (teamusa.org, 25 Sep 2016; Instagram profile, 09 Feb 2016; ossur.com, 02 Jul 2014)