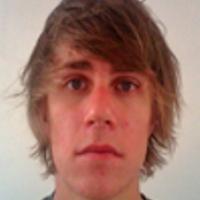 When and where did you begin this sport?
He began competing at age 19 in Geelong, VIC, Australia.
Why this sport?
After his rehabilitation he was considering playing wheelchair rugby. However, he met Paralympic gold medallist Richard Coleman's mother Kaye, who encouraged him to try wheelchair racing.
Club / Team
Australian Institute of Sport: Canberra, ACT, AUS
Name of coach
Fred Periac [personal], from 2012
Training Regime
In the morning he does explosive weight training to increase his arm speed, followed by a track session in the afternoon. He trains at the Australian Institute of Sport in Canberra, ACT, Australia, in blocks of several weeks at a time throughout the year.

He broke his neck on New Year's Eve in 2011 in an accident on a dance floor while out celebrating with friends. He was unable to race for three months but recovered in time to compete at the 2012 Paralympic Games in London. (sammcintosh.com, 03 Jan 2021; geelongadvertiser.com.au, 01 Aug 2012)
Sporting philosophy / motto
"The difference between the impossible and the possible lies in a person's determination." [Tommy Lasorda] (paralympic.org.au, 01 Jan 2019)
Ambitions
To compete at the 2020 Paralympic Games in Tokyo. (Facebook page, 24 Aug 2020)
Impairment
In September 2007 he was involved in a BMX accident while on holiday in Coffs Harbour, NSW, Australia. His injuries resulted in a broken C6 vertebra in his neck. (sammcintosh.com, 03 Jan 2021; Athlete, 06 Nov 2019)
Other information
OTHER ACTIVITIES
In 2012 he co-founded Parallel Sports Inc. in Geelong, VIC, Australia. It is a non-profit organisation that helps people with an impairment participate in community-based sport. "[It] is a way of giving back to the community by sharing a love of sport, the same way that I was exposed to it." (Humans in Geelong Facebook page, 02 May 2019)