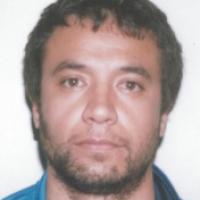 Nicknames
Sam, The No-Handed Bandit. (amputeesinhollywood.com, 04 Nov 2013)
Most influential person in career
His brother, Fatu, who also lost an arm in an accident [in 2008]. His brother's support was invaluable in helping him to get through his own accident. (deseretnews.com, 17 Jan 2011)
Impairment
He was severely burned in an electrical accident while working as a lineman in a small Colorado town. 15,000 volts of electricity went through his body, leaving his hands irreparably damaged. He had a double below the elbow amputation.
(amputeesinhollywood.com, 04 Nov 2013; electricalaccidents.wordpress.com, 22 Jan 2011)
Other information
NO HANDED BANDIT
His instructional videos on YouTube as his alter ego, The No-Handed Bandit, earned him the American Red Cross Good Samaritan Hero award. He has also acted in adverts and music videos. (amputeesinhollywood.com, 04 Nov 2013)