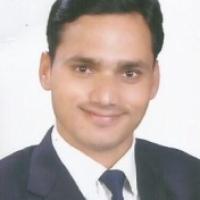 When and where did you begin this sport?
He liked to swim in a river near his village as a child. After graduating high school he met coach VK Dabas who was the head of the swimming department in Laxmibai National Institute of Physical Education [LNIEP] in Gwalior, India. Coach Dabas noticed Singh's talent and began coaching him for national level competitions.
Why this sport?
"I developed a passion for swimming while I was still in school. I used to swim in a river in my village for hours. With time, going for a swim after my school became a daily routine for me. Because of my impairment, people did not believe I could become a swimmer, but their discouragement is what made me focus on my goal more than ever. I decided to pursue my studies along with swimming."

Most influential person in career
Coach VK Dabas. (thebetterindia.com, 09 Jan 2020)
Sporting philosophy / motto
"My philosophy is that win or lose, one must keep trying and it is this that changes your life." (newzhook.com, 26 Aug 2019)
Awards and honours
In 2019 he received the National Award for the Empowerment of People with Impairments [DIVYANJAN] in India. (thebetterindia.com, 09 Jan 2020)

In 2014 he received the Vikram Award in Madhya Pradesh, India. (thelogicalindian.com, 31 Dec 2018)
Impairment
He suffered from a severe diarrhea two weeks after birth. Due to medical negligence he developed a contraction in the nerves of both his legs and resulted in a permanent impairment. "I didn't feel the change until I was in seventh standard. I started to feel pain in my legs and found out there was 60% impairment in both my legs." (thelogicalindian.com, 31 Dec 2018; lifebeyondnumbers.com, 20 Nov 2018)
Other information
PARA OCEANS SEVEN
He was part of an Indian Para swimming relay team that crossed the English Channel in 2018 and the Catalina Channel in 2019. He said the idea to cross both channels came from the Oceans Seven Challenge which was devised as the swimming equivalent of the Seven Summits mountaineering challenge. "The idea of completing the Oceans Seven Challenge first came to me in 2014. I had won the Vikram Award that year, and I was looking for a goal to work towards. I had just read about Philippe Croizon, the French athlete who had become the first quadruple amputee to swim the English Channel. Philippe does not have hands and feet and I was inspired by him. I discussed it with a few Para swimmers I knew well. We thought why not set a world record as the first Para swimmers to do this? None of the swims have been easy. But I strongly believe that if you are doing the right things, nothing can go wrong." (newzhook.com, 26 Aug 2019; thelogicalindian.com, 31 Dec 2018)