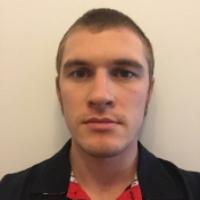 When and where did you begin this sport?
He began practising Para Nordic skiing in 2014, and made it his main focus in 2016.
Why this sport?
He was inspired to get involved in Para Nordic skiing after attending the 2014 Paralympic Winter Games in Sochi as a spectator. "I loved the physicality and variety of the sport."
Name of coach
Kieran Jones; Simon Allison
Training Regime
He trains up to 20 hours per week.

Hobbies
Being with family. (Athlete, 04 Mar 2022)
Memorable sporting achievement
Competing at the 2018 Paralympic Winter Games in Pyeongchang. (Athlete, 04 Mar 2022)
Hero / Idol
Scottish rugby union player Jason White. (Athlete, 05 Mar 2018)
Sporting philosophy / motto
"What leads you to the highest stages of sport is that you want to challenge yourself, and be a better version of yourself every single day." (forces.net, 05 Jan 2018)
Awards and honours
In 2018 he was inducted to the North Lanarkshire Sporting Hall of Fame in Scotland. (motherwelltimes.co.uk, 25 May 2018)

He received the Overcoming Adversity Award at the 2012 Sun Military Awards in Great Britain. (redskymanagement.co.uk, 2016)
Other sports
He competed in both cross-country skiing and biathlon at the 2018 Paralympic Winter Games in Pyeongchang. He also represented Great Britain at the 2016 International Para Rowing and Masters Regatta in Gavirate, Italy, and participated in Para athletics at the 2017 Invictus Games in Toronto, ON, Canada. Prior to his injury he played rugby at U18 level for Scotland. (SportsDeskOnline, 02 Jan 2019; dailyrecord.co.uk, 30 May 2017; coachmag.co.uk, 18 Apr 2016; britishrowing.org, 2016)
Ambitions
To compete at the 2022 Paralympic Winter Games in Beijing. (gbsnowsport.com, 24 Nov 2021)
Impairment
In 2011 he stepped on a roadside bomb while serving as a paratrooper in the British Army in Afghanistan. The explosion resulted in the amputation of both his legs below the knee. (Athlete, 05 Mar 2018; coachmag.co.uk, 18 Apr 2016)
Other information
FATHERHOOD
His daughter Bryn was born in September 2021, 12 weeks before she was due. He says becoming a father has given him extra motivation. "She's given me a lot of reasons to get up and do my best every day. She arrived three months early, which was a bit of a shock, but it's been really special. Any regard for your own welfare, you know, is out the window. You're caring for your daughter and for your wife." (gbsnowsport.com, 24 Nov 2021; Madeline O'Shaughnessy-Hunter Instagram profile, 14 Sep 2021)

ROWING TO SKIING
Having represented Great Britain in Para rowing, he switched his focus to Para Nordic skiing in 2016. "Probably the most challenging part was coming from GB Rowing - probably the most well-oiled, well-refined Olympic medal machine that's ever existed - to a system where I really had to build that system around me, and find the people who were passionate and willing to believe in that journey." (gbsnowsport.com, 24 Nov 2021; paralympics.org.uk, 13 Feb 2017)

IMPACT OF SPORT
He says Para sport has allowed him to find his purpose again following his injury in 2011. "I had this story of how I lost my legs looming over my shoulder everywhere I went, every newspaper article was about being a soldier and losing my legs. The long and short of it was that was a bad day at work for us and I don't want it to define me for the rest of my life. Sport is what I've found that purpose, that reason and definition through. All of a sudden you find yourself in a world where people don't care how you got injured." (bbc.co.uk, 21 Jan 2018)

FURTHER EDUCATION
He has studied history at the University of Stirling in Scotland. (Instagram profile, 19 Sep 2021; Athlete, 04 Mar 2022)

OTHER ACTIVITIES
He has served as an ambassador for Erskine, a Scottish veteran support charity. "Erskine has been setting the standards for veterans' care for over a century and seeing the incredible work they do gives me, and fellow veterans, real confidence in the life-long availability to us and our families." (renfrewshire24.co.uk, 25 May 2021)