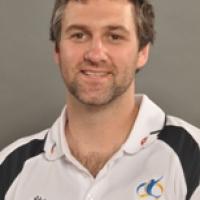 When and where did you begin this sport?
He began competing in 2002.
Why this sport?
He enjoys the chance to get out of his wheelchair and feel the freedom of skiing.
Name of coach
Christian Geiger [national]

Nicknames
Salad (mountainwatch.com, 17 March 2010)
Hero / Idol
Australian Paralympic skiers Michael Milton, Bart Bunting and Marty Mayberry. (mountainwatch.com, 17 March 2010)
Injuries
In late 2009 a small cut on his ankle from a skiing trip became infected with the flesh-eating bacteria necrotising fasciitis. He was on a drip for eight days and required an operation to clear away the dead flesh. He also needed a skin graft. (couriermail.com.au, 18 Mar 2010)

He dislocated his shoulder during a crash at the 2009 World Championships in Korea. He needed a complete reconstruction and returned after four months of rehabilitation. (express-advocate.com.au, 10 Jul 2009)
Sporting philosophy / motto
"Alpine skiing is at the pinnacle of disabled sports and offers complete independence for unprecedented adventure for most wheelchair users." (disabledwintersport.com.au, 28 Jul 2012)
Other sports
He has played for the Sydney Wheelkings, a wheelchair basketball team that compete in Australia's National Wheelchair Basketball League [NWBL]. (Vancouver, 13 Mar 2010)
Famous relatives
His great grandfather John Walter Peddy held the record for cycling over a mile in 1908. (Vancouver, 13 Mar 2010)
Impairment
He was paralysed in May 2000 after falling through a roof while working as a carpenter. "Sometimes it is hard to believe that one incident at work has had such a momentous impact on my life." (vancouver2010.paralympic.org.au, 2010; workcover.nsw.gov.au, 25 Aug 2009)
Other information
COMEBACK
He retired from competitive skiing after the 2010 Paralympic Winter Games in Vancouver. He returned to competition in 2012, while also volunteering for Disabled Wintersport Australia [DWA] as a ski guide. "For too long I have been away from a sport that has given me so much opportunity. I made the decision to volunteer for DWA to give a little back to an awesome organisation that supported me in my early days." (disabledwintersport.com.au, 28 Jul 2012)

OTHER ACTIVITIES
He has taken part in the Australian 'WorkCover' Paralympian Speakers Programme, which sponsors Paralympians to promote safety in the workplace and motivate people who are recovering from injuries. (delfinlendlease.com.au, 12 Nov 2009)