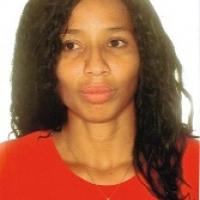 When and where did you begin this sport?
She took up the sport at age 18. She competed in long distance events before switching to sprinting and long jump.
Why this sport?
"I started running with a friend who called me to a street race. I joined because I needed money to pay for milk for my daughter."
Club / Team
Associacao Desportiva Cultural Sao Bernardo: Brazil

INSTITUTE
In 2017 she founded the Silvania Oliveira Institute in Tres Lagoas, Brazil. The scheme is a social project that aims to take children off the streets by encouraging them to get involved in athletics. "I always dreamed about this project. Tres Lagoas needed it. I started here, I know the difficulties and I know what an athlete needs to start up. The city has a lot of children in need. So there isn't anything better than to help my own city." (treslagoas.ms.gov.br, 28 Jun 2017; jpnews.com.br, 11 Mar 2017)

SANCTION
In August 2019 she was suspended for 20 months by the Brazilian Agency for Doping Control [ABCD] after testing positive for the prohibited substance dimethylamylamine at an event in Sao Paulo, Brazil. She was cleared to compete after 16 months after it was found that her guide had incorrectly handed her a supplement that belonged to him, which contained the prohibited substance. She returned to training in February 2021. "When I found out about the positive test I couldn't believe it. I didn't remember taking anything different from my authorised supplements. I kept thinking back and remembered a session where I asked my guide to give me my supplement, which was in my bag. We looked at the images from the cameras and saw that he gave me his supplement." (omarvado.com.br, 23 Jan 2021; perfilnews.com.br, 20 Jan 2021; ABCD suspension list, 05 Jan 2021; hojemais.com.br, 23 Nov 2019)