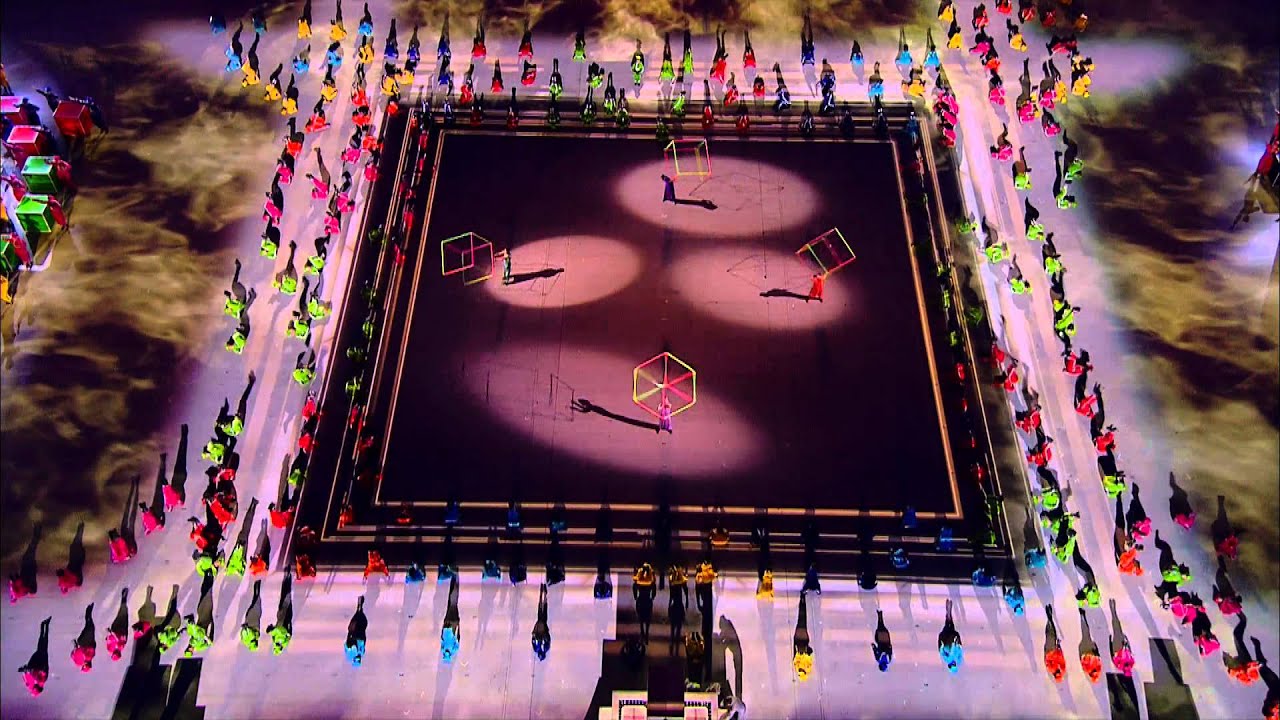 The Sochi 2014 Paralympic Winter Games – which were record-breaking in terms of athletic performances, ticket sales and media coverage – came to an end on 16 March 2014 at Fisht Stadium with a spectacular Closing Ceremony.

Through the theme of “Reaching the Impossible,” the Closing Ceremony illuminated how dreams can be achieved through strength and passion to change the perception of “impossible” to “I’m possible.”

After the athletes entered the stadium, the Sochi Paralympics Closing Ceremony started with a group of wheelchair dancers moving gracefully across the field of play, joined by luminous aerialists overhead. All 30 Sochi 2014 gold medallists from the host nation carried the Russian flag into the stadium as the Russian State Children’s Chorus Assembly sang an a capella version of the national anthem.

Abstract artwork was brought to life by a centre stage cast of 462 performers dressed in bright colours who formed geometric shapes to display different images, including illustrations of various winter sports.

The Sochi 2014 Paralympics certainly showcased that motto, as Russia topped the standings with 30 golds and 80 total medals at the Games.

Also in the Ceremony, the Whang Young Dai Award was presented to Australian alpine skier Toby Kane and Dutch snowboarder Bibian Mentel-Spee for not only achieving sporting excellence, but also for exemplifying the spirit of the Games by inspiring and exciting the world.

Norway’s Eskil Hagen, Finland’s Katja Saarinen and Russia’s Mikhail Terentiev were introduced as the new members of the IPC Athletes’ Council before the 8,000 Sochi 2014 Paralympic volunteers were recognised as heros of the Games. Soon after, a cast of performers in red, blue and green transformed the Paralympic Agitos into a giant heart, embracing 51 volunteers at its centre.

Visually impaired pianist Oleg Akkuratov played the Paralympic Anthem as the Paralympic Flag was lowered and passed on to the Mayor of PyeongChang before the South Korean flag was raised and the PyeongChang 2018 Games performers gave a magical performance.

An enchanting cast filled the stage for the Closing Ceremony finale, putting on a huge dance sequence that included four international voices – Jose Carreras –Nafset Chenib, Diana Gurtskaya and Valeriy Kozlovsky – and ended with a large fireworks display across the entire Olympic Park.