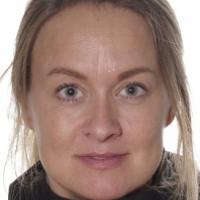 Hobbies
Dancing, going to the gym, curling, archery, jet-skiing. (Facebook page, 16 Jan 2019; nsk.se, 16 Oct 2018)
Sporting philosophy / motto
"Enjoy life every day and when it feels like you have reached the bottom, well, then you can start going upwards." (sverigesradio.se, 21 Jan 2021)
Awards and honours
She was named 2018 Athlete of the Year by the Jamtland-Harjedalen Para Sport Association in Sweden. (parasport.se, 20 Mar 2019; Facebook page, 20 Mar 2019)
Ambitions
To compete at the 2022 Paralympic Winter Games in Beijing. (sverigesradio.se, 13 Nov 2018)
Impairment
In 2008 she was involved in a motorcycle accident that led to an amputation of her left leg. (Facebook page, 16 Jan 2019; nsk.se, 16 Oct 2018; vardforbundet.se, 05 Feb 2018)
Other information
BETTER PERSON
She believes she became a "better person" after her accident in 2008. "I felt very bad mentally before the accident. Before, I usually refused to have a cup of coffee with friends because I did not think I had time. And I was just waiting for my life to begin, by watching the children grow up, or get a new job. I woke up in the hospital and realised that I had a lot of friends. I learned that I could still walk, hang out with friends, and be a good mother. I became a better mother. I became a better friend and I became a better person. I chose to see all the opportunities I had and I took them." (hn.se, 27 Jan 2019; nsk.se, 16 Oct 2018)

AUTHOR, TV STAR AND SONGWRITER
She authored the book 'Nar Benet Kapades Borjade Mitt Liv' [When My Leg Was Hijacked, My Life], detailing her motorcycle accident and life after losing a limb. The book was nominated for a Swedish Publishing Prize in 2017. She has also appeared on Swedish television shows 'Akta Manniskor' [Real Humans] and 'Mot Alla Odds' [Against All Odds]. She wrote the lyrics to a song called 'Antligen Hel' [Finally Whole] that was released in collaboration with other musicians in December 2020. (sverigesradio.se, 21 Jan 2021; soniaelvstal.se, 01 Jan 2018; Facebook page, 16 Jan 2019)

OTHER ACTIVITIES
She has been involved in Champa Lots, a training camp for young people with an impairment run by the Swedish Para Sport Federation. "We want to inspire children and young people to get outside and active. We also invited the parents to join in instead of just sitting at the side with their smartphones. We wanted to inspire them and let them see that their children could do more than they might expect." (parasport.nu, 12 Nov 2020)