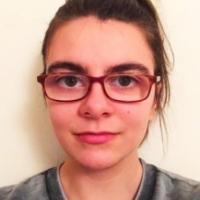 When and where did you begin this sport?
She took up athletics in 2011 after attending a 'Playground to Podium' event held at the University of Bath in England. She went on to become the first athlete identified by the 'Playground to Podium' scheme to represent Great Britain at an international competition.
Why this sport?
After trying trampolining, wheelchair rugby, wheelchair basketball, sitting volleyball and swimming, she settled on athletics. "Someone timed me running in my day leg without trainers and I think I ran about 16 seconds in 100m and that's actually not that bad even if you are in a running blade. So they put me in contact with my coach and it was basically a case of getting hold of a running blade and becoming better. I feel much more comfortable doing a solo sport than a team one. If I fail, it is only my fault and it affects only me, not the team."
Club / Team
Team Bath [GBR] / Bristol and West Athletics Club [GBR]:
Name of coach
Rob Ellchuk [personal], CAN

Hobbies
Illustration, animation, reading, watching television, listening to podcasts. (Instagram profile, 01 Aug 2020; sophiekamlish.wixsite.com, 23 Apr 2020)
Memorable sporting achievement
Winning gold and breaking the world record in the T44 100m at the 2017 World Championships in London, England. (posabilitymagazine.co.uk, 19 Jul 2017)
Injuries
In 2013 she did not compete in long jump events because of an ingrown toenail. (bathchronicle.co.uk, 13 Jan 2014)
Sporting philosophy / motto
"Keep training hard and you'll see yourself improve." (myglassesandme.co.uk, 30 Jan 2013)
Impairment
Her right leg was amputated below the knee at age nine. "I was born with my right foot severely turned in. I had to wear a splint to straighten my leg but it was shorter than my left leg, so when I was nine I was told I'd need a frame fitted to lengthen it. My leg was causing me a lot of pain and the doctor said there was a chance the frame wouldn't work anyway so they said it could be amputated. I think it was quite a good decision in the end because it changed my life." (thisisbath.co.uk, 31 May 2012)
Other information
REJECTED NICKNAME
She does not want to be known as a 'Blade Babe' as she believes it would define her by her prosthetic leg. "It is reducing me down to the carbon fibre thing that I use to race on. I guess it's not an insult, but I don't think it would be a total compliment either. I suppose if you don't feel uncomfortable with the label then there is nothing wrong with it. But I don't think I like being described as 'Blade Babe' very much. Jonnie Peacock [British Para sprinter] and the other male amputee sprinters generally haven't been described as a 'Blade Babe', so I guess there is a gender thing going on." (bbc.co.uk, 28 Dec 2017)

YOUNG PARALYMPIC DEBUT
She had just turned age 16 when she competed at the 2012 Paralympic Games in London, and had not expected to be selected for the Great Britain team. "It was shocking, especially because as a primary school child, one of our school trips had been to go to Trafalgar Square [London] to find out who'd got the bid for the 2012 Olympics and Paralympics. And I was there in that crowd with all my friends with little flags. So that would've been in 2005 and I don't think I'd have even had a prosthetic at that point. So I was just hopping around excited. It didn't even cross my mind that I would be there. I didn't even know that running blades existed at that point, so I had no idea that that was a possibility for me as a new amputee child. That was a really mad coincidence." (shows.acast.com, 09 Oct 2020)

CANADIAN STINT
In 2019 she spent part of the northern hemisphere summer training and competing at the University of Manitoba in Winnipeg, MB, Canada. She returned to England in August that year. (athleticsmanitoba.com, 20 Sep 2019; Twitter profile, 13 Dec 2020)

FURTHER EDUCATION
She has a degree in illustration animation from Kingston University in London, England. (sophiekamlish.wixsite.com, 23 Apr 2020; shows.acast.com, 09 Oct 2020)