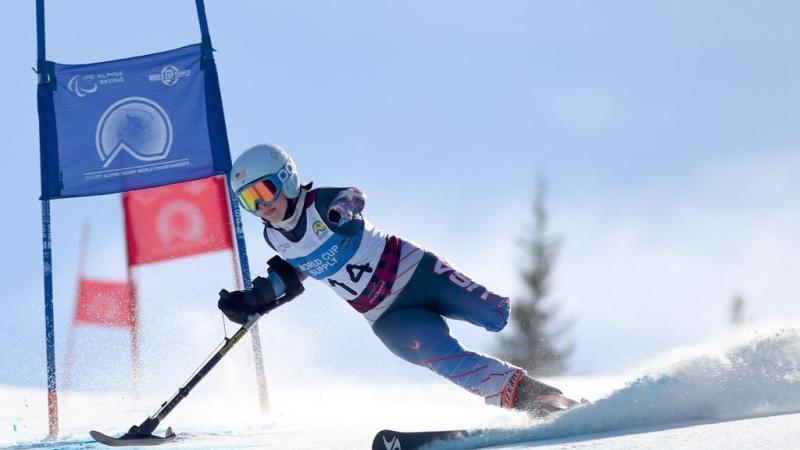 Stephanie Jallen is best known for her medal ceremony after winning bronze at Sochi 2014.

Showing the world why she has the nickname ‘Hopper’ Jallen cast away her crutches and did just that – hopped onto the podium to claim her first Paralympic medal in super-G.

But Jallen’s talents extend beyond captivating the world with her celebrations. She has also taken on some of the world’s best standing skiers in recent seasons, winning World Cups and achieving her then best ever overall finish of fifth in 2014-15.

That crowned a season in which she won her first ever World Championships podium, which in turn followed a double bronze at Sochi 2014.

Jallen has shown how serious she is about top-level skiing, giving up many of the normal activities of a teenager to train and compete. She was also involved in a serious crash in 2012 which left her with facial and muscular damage, as well as fractured tibial plateau.

Despite all of the set-backs, Jallen has stuck to her own mantra of ‘Rather than fear the storm ahead, learn to dance in the rain,’ and has emerged as her one of her country’s brightest medal hopes for the coming seasons.

Her next opportunity to shine will come at the 2017 World Para Alpine Skiing Championships in Tarvisio, Italy. 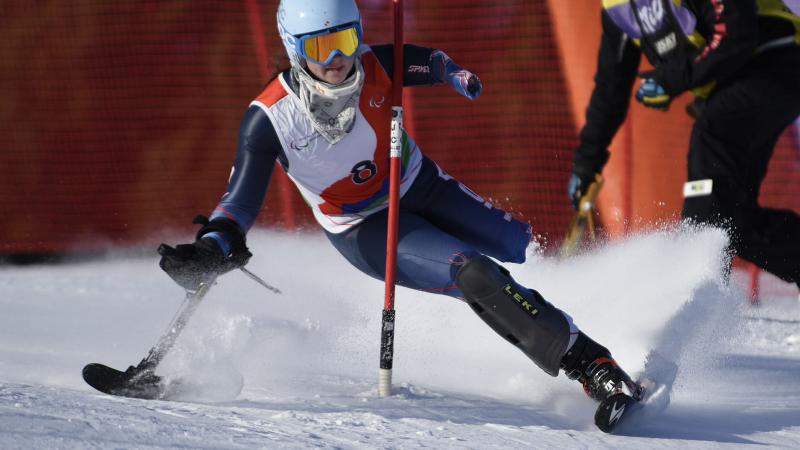 When and where did you begin this sport?
She attended her first winter ski clinic in 2006. It was held by the Pennsylvania Center for Adapted Sports [PCAS] in Camelback, PA, United States of America.
Why this sport?
The sport gives her a sense of freedom. "I’m usually confined to some kind of walking device. When I ski, it’s like nothing is there to help me move. It’s all me."
Name of coach
Ernie Baul [personal, strength and aerobic], USA, from 2005; Kevin Jardine [national], USA
Training Regime
She does strength and aerobic training at Danko's All-American Fitness gym in Plains, PA, United States of America.

Nicknames
Hopper, Javelin (citizensvoice.com, 23 Aug 2017; Facebook profile, 04 Sep 2017)
Hobbies
Hiking, horse riding, kayaking, rock climbing. (teamusa.org, 07 Mar 2018)
Memorable sporting achievement
Competing at the 2014 Paralympic Winter Games in Sochi. (teamusa.org, 20 Oct 2016)
Injuries
In 2016 she underwent surgery on her right ankle and was unable to train between April and November. She re-injured her ankle in early 2017 and was told by her doctor that she would have to undergo a second operation. She planned to postpone the surgery until after the 2018 Paralympic Winter Games in Pyeongchang. (teamusa.org, 20 Oct 2016; citizensvoice.com, 23 Aug 2017; paralympic.org, 11 Sep 2017)

In February 2012 she crashed on a downhill course in Kimberley, BC, Canada. She required 12 stitches to a facial wound, fractured her tibia [shinbone] plateau and partially tore the medial collateral ligament in her knee. She underwent knee surgery in 2013. (citizensvoice.com, 28 Oct 2012; psdispatch.com, 13 Feb 2012; pahomepage.com, 20 Feb 2012; citizensvoice.com, 23 Aug 2017)
Sporting philosophy / motto
"Life isn't about waiting for the storm to pass, it's about learning to dance in the rain." (Facebook profile, 02 Nov 2016)
Awards and honours
In 2014 she was named the Best Female Paralympian and her bronze medal win at the 2014 Paralympic Games in Sochi was named the Best Moment of the Games by the United States Olympic Committee [USOC]. (paralympic.org, 03 Apr 2014)

She received the Greater Pittston Person of the Year award in 2014 from the Sunday Dispatch newspaper, which is based in Pittston, PA, United States of America. (timesleader.com, 09 Jul 2017)
Impairment
She was born with CHILD syndrome [congenital hemi-dysplasia with ichthyosiform erythroderma and limb defects], resulting in the left side of her body being underdeveloped. Her left arm is shorter than her right, her left leg was amputated when she was an infant and her heart is located more centrally in her chest. (allied-services.org 27 Jul 2012; YouTube, 14 Mar 2011)
Other information
EARLY DAYS
Her family ensured she did not miss out on anything as she was growing up. "I was never treated any differently from everybody else. When I was younger, I jumped on the trampoline, went rollerblading, played on scooters and skateboards and went swimming. I did everything everyone else did and I think that is all from my family." (YouTube, 14 Mar 2011) 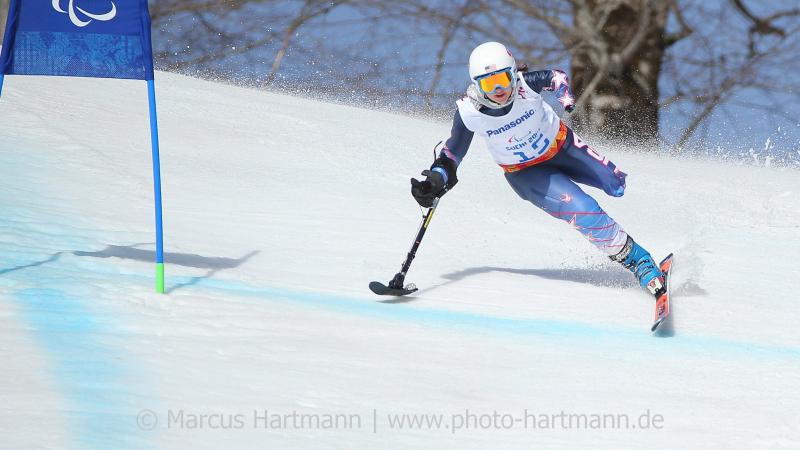 Stephanie Jallen: Three things you did not know about me