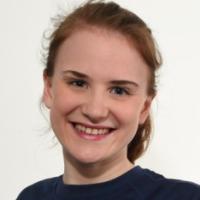 When and where did you begin this sport?
She began swimming at age three at Nick's Swimming School in Longridge, England.
Why this sport?
She was a promising gymnast in addition to swimming, but she had to make a choice about which sport she would focus on as she got older. She ultimately chose swimming.
Club / Team
Preston SC: England
Name of coach
Rob Greenwood [national], GBR
Training Regime
Most of her training takes place at the British Para-Swimming National Performance Centre in Manchester, England.

Nicknames
Steph (bbc.co.uk, 10 Apr 2014)
Hobbies
Teaching swimming to children with impairments, socialising with friends, shopping. (swimming.org, 01 Jan 2013)
Memorable sporting achievement
Winning gold in the 34 points 4x100m medley relay at the 2016 Paralympic Games in Rio de Janeiro in front of her parents, who had travelled to Brazil to watch her. "I did the butterfly leg. We were in third position after the breaststroke leg before I dived in. At the time I knew there was a lot of pressure on me to try to pull it back and I managed to do that by two seconds, and Steph Millward went in on the last leg and managed to bring home the gold medal." (lep.co.uk, 08 Oct 2016)
Most influential person in career
Coach Steve Heaps and her family. (lep.co.uk, 08 Oct 2016)
Hero / Idol
South African swimmer Natalie Du Toit, British heptathlete Jessica Ennis, British gymnast Beth Tweddle. (swimming.org, 01 Jan 2013; lep.co.uk, 17 Jan 2015)
Injuries
She underwent surgery on a hip problem in early 2015 and was out of the pool for a year as a result. (lep.co.uk, 08 Oct 2016; bbc.co.uk, 15 Jun 2015)
Sporting philosophy / motto
"Work hard, believe in yourself and always give 100% effort in everything you do with a smile." (swimming.org, 01 Jan 2013)
Awards and honours
She was made a Member of the British Empire [MBE] in the 2017 New Year's Honours list in recognition of her achievements in para-swimming. (paralympic.org, 31 Dec 2016)

She was named Sunday Times and Sky Sports Disability Sportswoman of the Year in 2014. (bbc.co.uk, 19 Nov 2014)
Ambitions
To win multiple gold medals at the 2020 Paralympic Games in Tokyo. (lep.co.uk, 08 Oct 2016)
Impairment
She was a promising able-bodied athlete with the potential to represent Great Britain at the 2012 Olympic Games in London until nerve damage to her left arm affected her swimming. "I was an international breaststroker and I specialised in the sprint events. I was just training one day and I couldn't pull with my arm at all. Two years down the line I found out that I've got nerve damage to the lower part of my brachial plexus and I can't use my left arm now." In 2014 she was diagnosed with dystonia, leading to muscle spasms and fatigue. (swimming.org, 26 Apr 2013; mancunianmatters.co.uk, 25 Jun 2014)
Other information
EXPECTING MORE GOLD
She believes she is capable of winning more gold medals at the 2020 Paralympic Games in Tokyo, after injury and illness disrupted her preparation for the 2016 Games in Rio de Janeiro. Although she won gold in the medley relay in Rio, she missed out on a medal in the individual 50m freestyle and 100m backstroke events, and had to settle for silver in her strongest event, the 100m [S8] butterfly. "When I saw that I finished second in the butterfly, I was disappointed at first. I am the world record holder and obviously going in to that, I wanted to win gold. But after everything that has gone on over the past year, just to achieve that, I was absolutely over the moon. In a way it is kind of exciting that I can produce these kind of performances in Rio when I'm not fully fit and not in the best shape that I could be. If I can get to a stage where I can have a proper cycle of training and I'm not interrupted with injuries and surgeries, then I think I can win more golds. I still feel my prime is ahead of me and hopefully I can back to a stage where I can break some more world records." (lep.co.uk, 08 Oct 2016)

MEDICAL CONDITIONS
In addition to the nerve damage she sustained to the lower part of her brachial plexus, which means she has a limited range of motion in her left arm, she also has a degenerative eye condition and problems with her balance due to one of her legs being slightly longer than the other. (lep.co.uk, 11 May 2013)

LONDON 2012 GAMESMAKER
Despite not being able to compete at the 2012 Olympic Games in London, she attended the event as a volunteer Gamesmaker. She was stationed at the Olympic Aquatics Centre for the Paralympic Games where she acted as a guide for both the athletes and the spectators. (lep.co.uk, 11 May 2013)