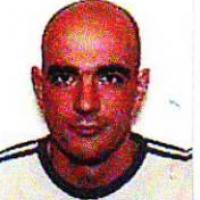 When and where did you begin this sport?
He started to run in 1996 where he was spotted by England scouts and consequently invited to train.
Club / Team
Halifax Harriers Athletics Club : Halifax, ENG

Other information
BAN LEAD TO EXTREME ACTION
Following the IPC's decision to exclude athletes with intellectual disabilities from the Paralympics after the controversy involving falsified disabilities of Spanish athletes at Sydney 2000, he lost out on hundreds of pounds of monthly grants and physiotherapy vouchers. This left him unable to train to the standard he wanted, so one day while at a theme park he attempted to injure his legs by placing them on the park's train tracks, in the hope he would be taken more seriously if he had a physical disability. He was not injured, but the incident reignited debate on Paralympic reinstatement of athlete's with intellectual disabilities in Great Britain. "I used to train five nights a week, three on the track and two in the gym. I wish I could still run, but I can't afford to pay for it myself," he said.
(telegraphandargus.co.uk, 10 May 2008; metro.co.uk, 2008)