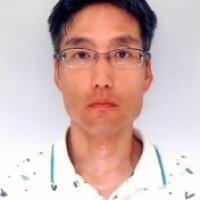 When and where did you begin this sport?
He began para-skiing at age 19 in Minakami, Japan..
Why this sport?
He grew up in a snowy area, and he thought that skiing was enjoyable. Following his accident, he decided to continue with the sport as the impairment to his right arm did not stop him competing.
Club / Team
Gunma Prefecture Para-Ski Association: Japan
Name of coach
Shido Kazushi [national]

Hobbies
Golf. (Athlete, 26 Feb 2014)
Memorable sporting achievement
Winning a silver medal in giant slalom at the 2004 World Championships. (Athlete, 26 Feb 2014)
Awards and honours
He was presented with the Gunma Prefecture Sports Honorary Prize in February 2015. (pref.gunma.jp, 03 Feb 2014)
Ambitions
To compete at the 2018 Paralympic Winter Games in Pyeongchang. (jomo-news.co.jp, 14 Dec 2014)
Impairment
He fell off his bicycle and sustained a spinal cord injury which affected his upper right arm. (Athlete, 26 Feb 2014; nhk.or.jp, 31 Jan 2014 ; sankei.jp.msn.com, 23 Jan 2014)
Other information
PARALYMPIC VETERAN
The 2014 Games in Sochi was his fifth consecutive appearance at a Paralympic Winter Games. He first competed at the 1992 Games in Albertville, and was the oldest member of the Japanese Paralympic team in Sochi. (sanspo.com, 24 Jan 2014; sankei.jp.msn.com, 23 Jan 2014; jsad.or.jp, 10 Jan 2014)