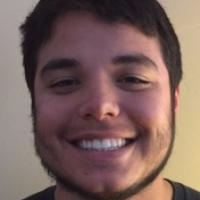 When and where did you begin this sport?
He grew up snowboarding from age four, and after his accident he took up Para skiing in 2015. "I grew up snowboarding and then after high school I decided to become a plumber - hard work, obviously, but good money - but after two years I got kind of sick of it. My heart and passion has always been the mountains of Colorado. When I was 12 my family had taken a trip out west and I just loved it. I moved out here to Eagle in 2013 and got a plumbing job but also, of course, came for snowboarding."
Why this sport?
After recovering from his accident, his sister took him to try Para skiing, and he became further involved through the High Fives Foundation. "About a year after the injury I was getting back out on the slopes with my sister, and Craig Hospital asked me to go on this ski trip in Crested Butte - I had a one-on-one instructor with a goal of doing a black diamond in five days, but I did it in three. When I got in touch with High Fives they invited me up to a three-day Paralympic camp in Tahoe in February 2016. They selected me to go to Loon, New Hampshire, for nationals - I went and got my ass handed to me, but it was good to get my foot in the door."