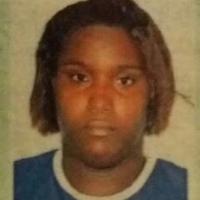 When and where did you begin this sport?
She began Para sport in 2016 at a Paralympic Training Centre in Sao Paulo, Brazil, and decided to focus on athletics in 2017.
Why this sport?
Fellow judoka Flavio Canto introduced her to a Brazilian Paralympic official, who then invited her to try out Para sport. "I paid a little more attention to shot put. Coincidentally, I met [Brazilian Para athlete] Raissa Machado at the airport. She said I would make a good shot putter and began encouraging me. [Brazilian Paralympic official] Joao Paulo also came to talk to me and said that I had the perfect profile for the shot put. He called Fernando Oliveira, who would become my coach. When I returned to Rio, I had practically a coach and a team."
Club / Team
Instituto de Promocao do Paradesporto [IPP]: Brazil
Name of coach
Fernando Barbosa de Oliveira [club]; Amaury Wagner Verissimo [national], BRA

Superstitions / Rituals / Beliefs
"I always listen to Fernandinho's song 'Uma Nova Historia' [A New Story] before a competition or training. I believe the music suits me perfectly." (ge.globo.com, 26 Aug 2019)
Sporting philosophy / motto
"I try to turn everything into fuel to not give up and go even further." (esportes.r7.com, 23 Aug 2019)
Other sports
She competed in able-bodied judo at international level prior to her injury. (olimpiadatododia.com.br, 07 Aug 2019)
Ambitions
To compete at the 2020 Paralympic Games in Tokyo. (olimpiadatododia.com.br, 07 Aug 2019)
Impairment
She has an impairment to her right leg as the result of an injury while competing in able-bodied judo at the 2014 Grand Prix event in Sao Jose dos Campos, Brazil. She suffered a severe ligament rupture in her right knee after the leg became trapped on the mat during a bout. Doctors later found she had a knee dislocation which caused the ligament injury and a lesion that evolved into an edema, for which she underwent a fasciotomy surgery. "I have pain every day, but I can live with it. Although I don't feel anything from the knee down, I can get around well." (esportes.r7.com, 23 Aug 2019; olimpiadatododia.com.br, 07 Aug 2019; globoesporte.globo.com, 23 Nov 2014)
Other information
EARLY DAYS
Before her impairment she competed in able-bodied judo and says much of the technique for shot put is the polar opposite. "They're very different. In judo, I used my legs a lot, putting more strength on there. In shot put I moved to the chair and began to use my trunk more. In judo, the athlete pulls a lot, in shot put it's the opposite, I have to push a lot. My coach told me, 'In the first year, you will learn and understand what Para athletics is, in the second you will compete, and in the third you will qualify for competitions'. I thought he was crazy because I didn't know anything about the sport." (olimpiadatododia.com.br, 07 Aug 2019)