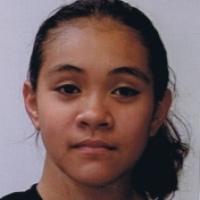 When and where did you begin this sport?
She began swimming at age 10 in Auckland, New Zealand, and began competing at age 11.
Why this sport?
After first trying netball, her parents enrolled her in a swimming programme to assist with her development and as a way of helping her after her accident. "I wanted to play netball as a child, but after I had difficulty keeping up with the other girls, my physio suggested I try swimming. I was nervous after my first lesson but I soon fell in love with the sport. I enjoy the freedom in the water. Plus, I like meeting new people and travelling."
Club / Team
Howick Pakuranga Swim Club : New Zealand
Name of coach
Sheldon Kemp [club], NZL

Hobbies
Exercising, spending time with family, reading. (Athlete, 12 Sep 2019)
Memorable sporting achievement
Being selected to compete at the 2016 Paralympic Games in Rio de Janeiro. (stuff.co.nz, 09 Aug 2016; Athlete, 12 Sep 2019)
Hero / Idol
New Zealand Para swimmers Sophie Pascoe, Mary Fisher, Cameron Leslie and Rebecca Dubber. (Athlete, 12 Sep 2019)
Sporting philosophy / motto
"Believe in yourself, but most importantly be you." (paralympics.org.nz, 24 Jan 2016)
Awards and honours
In 2017 she won the Pacific Health and Wellbeing Award at the SunPix Pacific Peoples Awards in Auckland, New Zealand. She also received the 2017 Tongan Youth Excellence Award in the Senior Athlete category. (pasifikafutures.co.nz, 27 Nov 2017; Facebook page, 29 Mar 2017; tonganyouth.org.nz, 29 Mar 2017)
Ambitions
To compete at the 2020 Paralympic Games in Tokyo. (Facebook page, 17 Nov 2020)
Impairment
She has paralysis down the left side of her body [hemiplegia], which is the result of a hit-and-run accident she was involved in at age two. The incident also left her with bruising on the brain and she had to be taught how to sit, walk and use her arms all over again. "The accident left me with hypertonia, but I just call it a left side brain injury, or traumatic brain injury. Basically, the left side of my brain is smaller than the right, which causes me to have slower processing sometimes. It doesn't change much or make me think any differently from anyone else, but I'd say that [as a child], I did have a lot of problems with my impairment, just because I wasn't allowed to do certain things with other kids because they thought that I'd get hurt." (Athlete, 12 Sep 2019; tearaway.co.nz, 26 Aug 2019; Tagata Pasifika YouTube channel, 03 Nov 2017; stuff.co.nz, 15 Aug 2016, 10 Jan 2014)
Other information
RIO REPLACEMENT
After initially being named a reserve for the 2016 Paralympic Games in Rio de Janeiro, she was selected in August 2016 after fellow swimmer Bryall McPherson had to withdraw through injury. "After the squad was named in May [2016], I knew I had to pick myself back up and keep going because there was always a chance [something] will just pop up and you have to be prepared for it." (stuff.co.nz, 15 Aug 2016; paralympics.org.nz, 09 Aug 2016)

FAMILY SUPPORT
She says her mother and grandparents had helped her to afford accommodation for competitions during her early competitive days. "I wasn't raised in a wealthy family. My mum couldn't exactly afford most of my races or accommodation. So, she had to ring my grandparents and ask if they could help out with the finances and stuff. They just want to see me try my best. They've been supportive no matter what. If I had a really bad race, or had been doubting myself, they always cheer me up and give me reasons to not give up." (tearaway.co.nz, 26 Aug 2019; Tagata Pasifika YouTube channel, 03 Nov 2017)

LEAVING SCHOOL
In 2018 she decided to leave her final year of school to focus on swimming. "[2019] was supposed to be my last year [of school], but after the [2018] Commonwealth Games, I decided to put school aside. The good thing with school is that you can always come back to it later on in life – I had a talk with my parents and explained to them that [school] just wasn't working for me – especially with all the travelling, assignments and deadlines. Once I'm done with swimming, then I can always turn back to school and decide where to go from there." (stuff.co.nz, 16 Sep 2019; tearaway.co.nz, 26 Aug 2019)