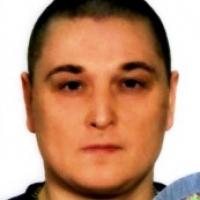 When and where did you begin this sport?
He began playing ice sledge hockey in early 2009 in Moscow, Russian Federation.
Why this sport?
He saw ice sledge hockey on television during the 2006 Paralympic Winter Games in Turin, and knew he wanted to join a team. Along with some friends, he then began training with the Phoenix club in the Moscow region of Russian Federation.
Club / Team
Phoenix: Russia
Name of coach
Nikolay Sharshukov [club], RUS; Sergey Samoylov [national], RUS
Preferred position / style / stance / technique
Forward

He received the Order For Merit to the Fatherland [first grade] in Russian Federation, in recognition of his performance at the 2014 Paralympic Winter Games in Sochi. (kremlin.ru, 17 Mar 2014)
Ambitions
To win a gold medal at the 2018 Paralympic Winter Games in Pyeongchang, and at the world championships. (Athlete, 12 Dec 2015)
Impairment
In 2002 he was serving with the Russian Armed Forces when he was injured in an explosion. He had both of his legs amputated after they developed gangrene. (paralympic.org, 04 Apr 2013; mk.ru, 16 May 2012)
Other information
NATIONAL PIONEER
In 2004 he set up a sports club for people with impairments. This developed to form the majority of the original core of the Russian Federation national ice sledge hockey team. "It was strange at the beginning. There were very few of us at the first training session. It's still hockey, just with two sticks, one in each hand. We were just staring at one another not knowing what to do. We tried the hockey sledge but couldn't handle it at first. We were falling down constantly." (paralympic.org, 10 Feb 2014; rt.com, 08 Jan 2014)