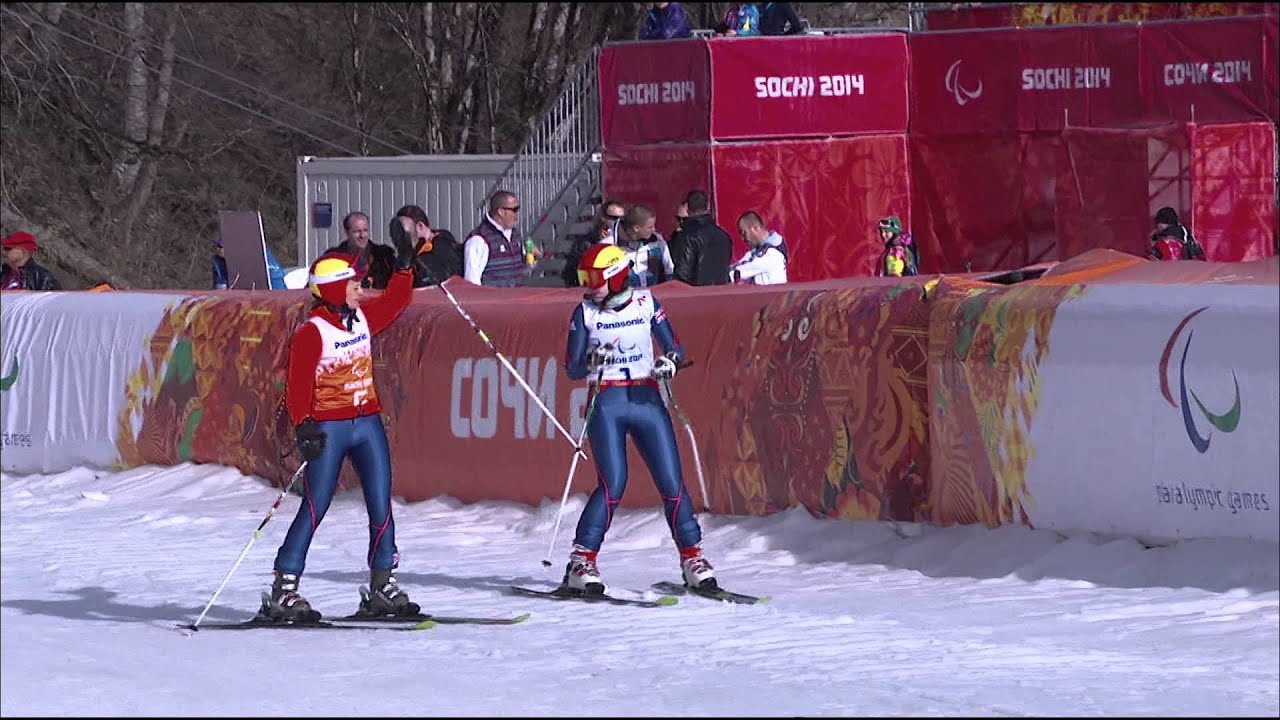 “The pressure of trying to win Britain’s first gold was immense,” said Gallagher, backed-up by Evans. “As a coping mechanism, I think we were even underestimating it at the Games.”

That tactic worked for pair, who took the super-G title after a successful season which saw them finish as world No.1 in the discipline, ahead of Russian world champion Aleksandra Frantceva.

For Gallagher, the joy of winning goes deeper than that historic step onto the podium.

“I get to share it with a far wider audience than ever knew about any gold medal I had won before,” she said.

“Beforehand it was very much us championing our own sport but people got to see it at 6am in the morning when they were getting ready for work. They got to see what the word ‘disabled’ means, which is travelling down the course at 110km/h, and they got to see Charlotte and I doing what we do all the time.”

The whirlwind of media and public appearances that Gallagher and Evans have experienced since Sochi could be seen as inevitable, given the gravity of the victory. Not for Gallagher.

“We generally just used to be concerned with our own sport because we didn’t have the responsibility to go and share our medal and our experience with other people,” she said. “It’s really exciting to have that, where people want our input and feel that we have achieved something worth sharing with other people.

“To be part of the whole conversation that is sport in the news and everything, that’s what changed a lot. There seems to be a demand for it, but there’s still a long way to go.”

For Evans, being able to talk to able-bodied skiers to get them involved in para-alpine skiing and the recognition that she has got for her part in the win has been encouraging.

Evans’ contribution has been officially recognised in Great Britain through several accolades, alongside Gallagher. The pair were awarded an MBE from the Queen and most recently have been nominated for the BBC’s Sports Personality of the Year, which is shortlisted by industry heavyweights and sports journalists.

With the start of the 2014-15 alpine skiing season also approaching, Gallagher and Evans will now be looking to seal their first World Championships gold in Panorama, Canada, from 28 February-10 March.

Evans meanwhile is looking to bring her studies in sports science to bear on the partnership, giving them an extra edge against their competition for the new season.

“I’m not just Kelly’s eyes. I am the mental side of it, the physical side of it,” she said. “It’s amazing how I can be sat in a lecture and be able to relate everything that we’re doing back to Kelly. I think it will be a massive help for us.”