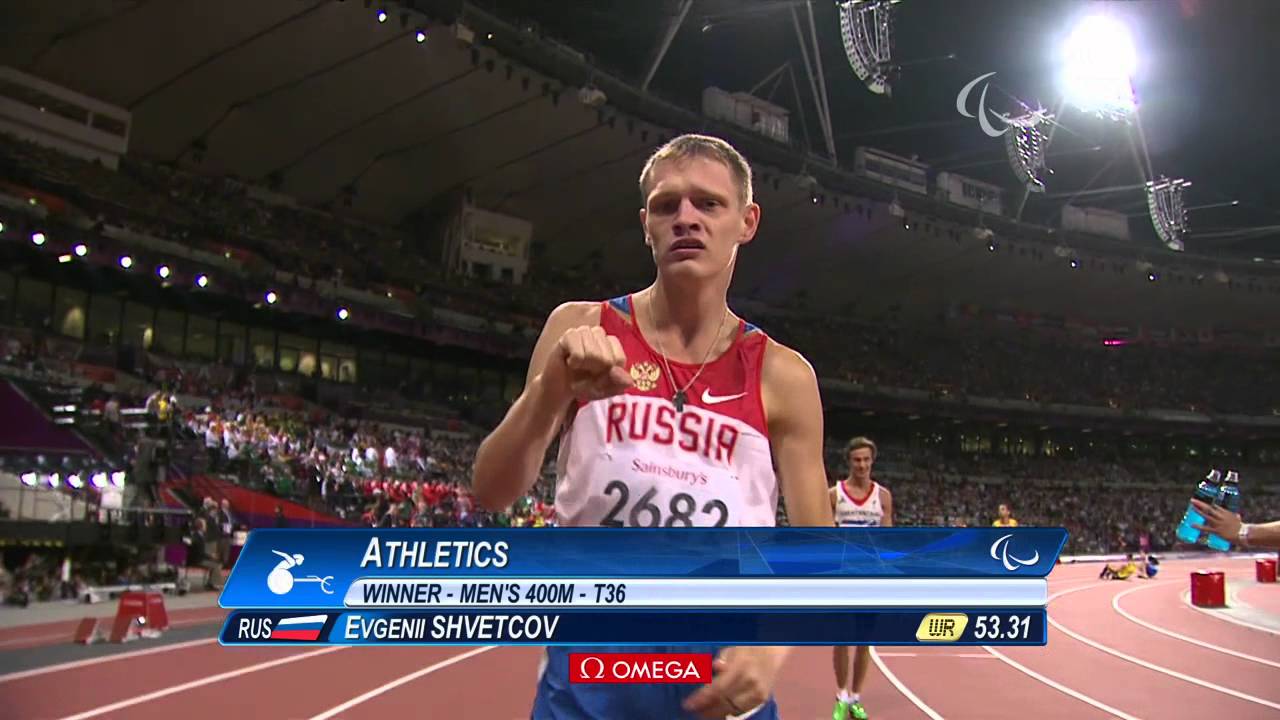 LONDON, September 4
Evgenii SHVETCOV (RUS) had a marginal lead coming off the bend but the cerebral palsy runner, who won the 100m earlier in the Games, pulled away from his opponents down the home straight to post a world record of 53.31.
SHVETCOV took almost a second off the record set by Roman PAVLYK (UKR) when winning in Beijing 2008. On this occasion, PAVLYK had to settle for the bronze in 55.18 with Paul BLAKE (USA) being the winner's nearest rival with 55.18.